Tonight Andrew and I had the privilege of joining the Historic Columbia Foundation on a tour of the Equitable Arcade Building/Arcade Mall.
Here’s the view from Main Street: 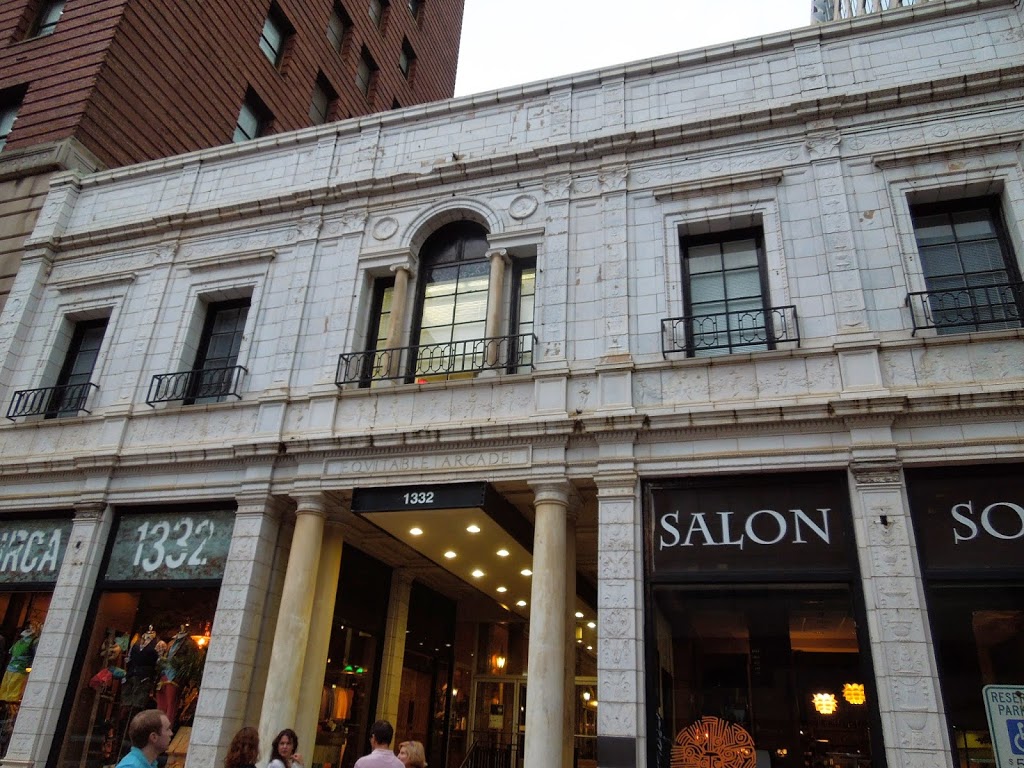 I am, by no means, a history “buff” (in fact, it was my WORST subject in school) so I’ll stick to the facts in these news paper clippings and the info provided by our tour guide {you’ll see him below, wink wink}: 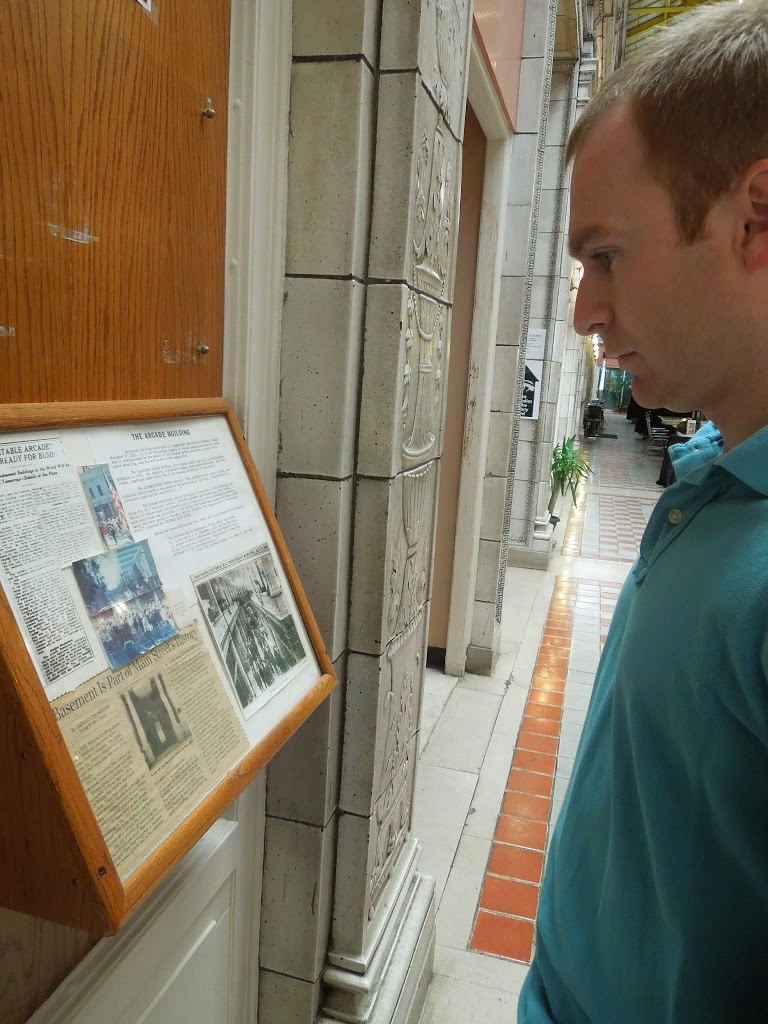 <—-Andrew reading about the history of the building.  He was most interested partly because John J. Cain built this glorious structure.  The same man who built the original house that is now The Inn at USC Wyndham Garden. 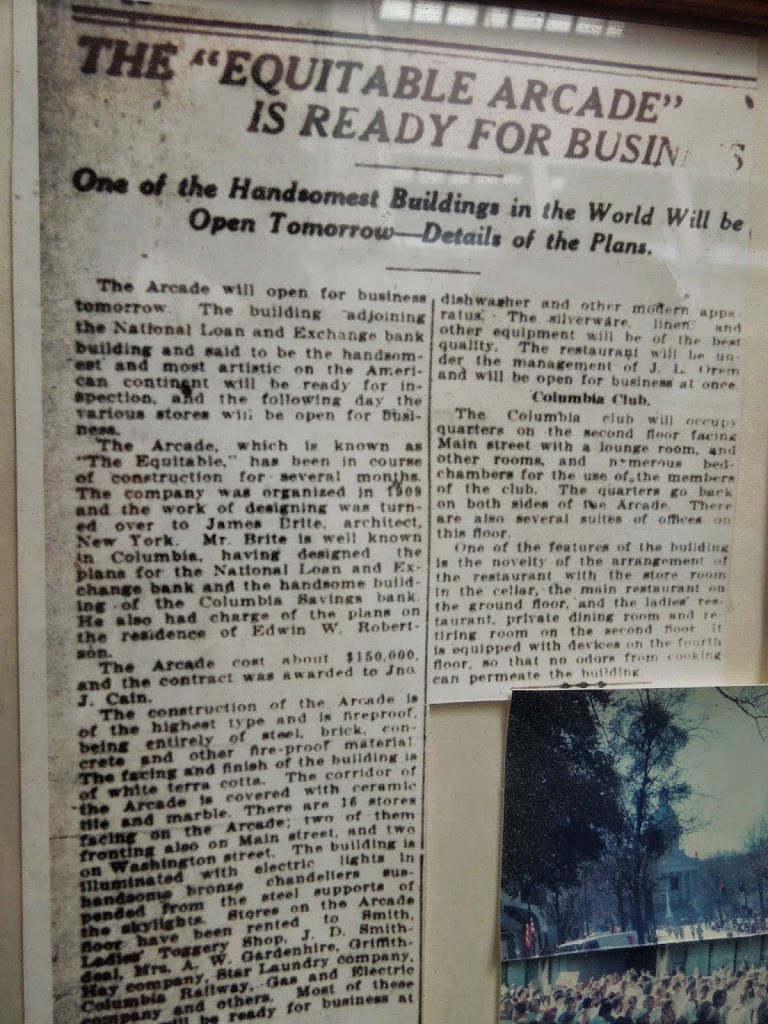 It was deemed “One of the Handsomest Buildings in the World”.  Someone even said, “It looks like New York City” (a confused person).
The inside, taken May 8, 1912 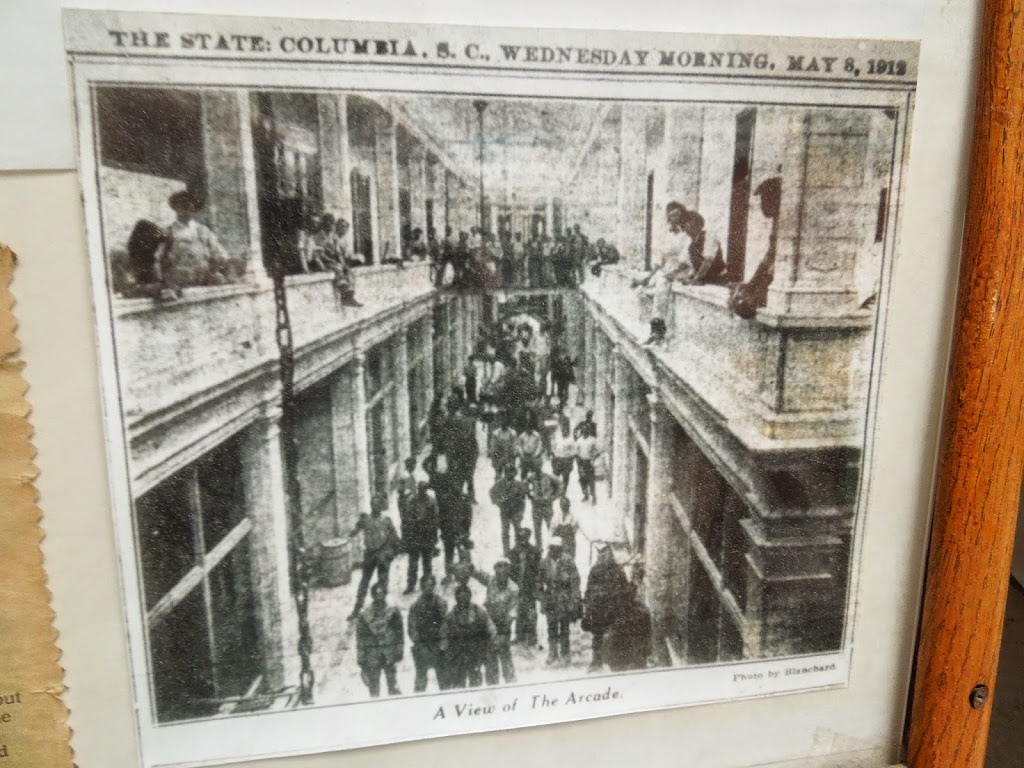 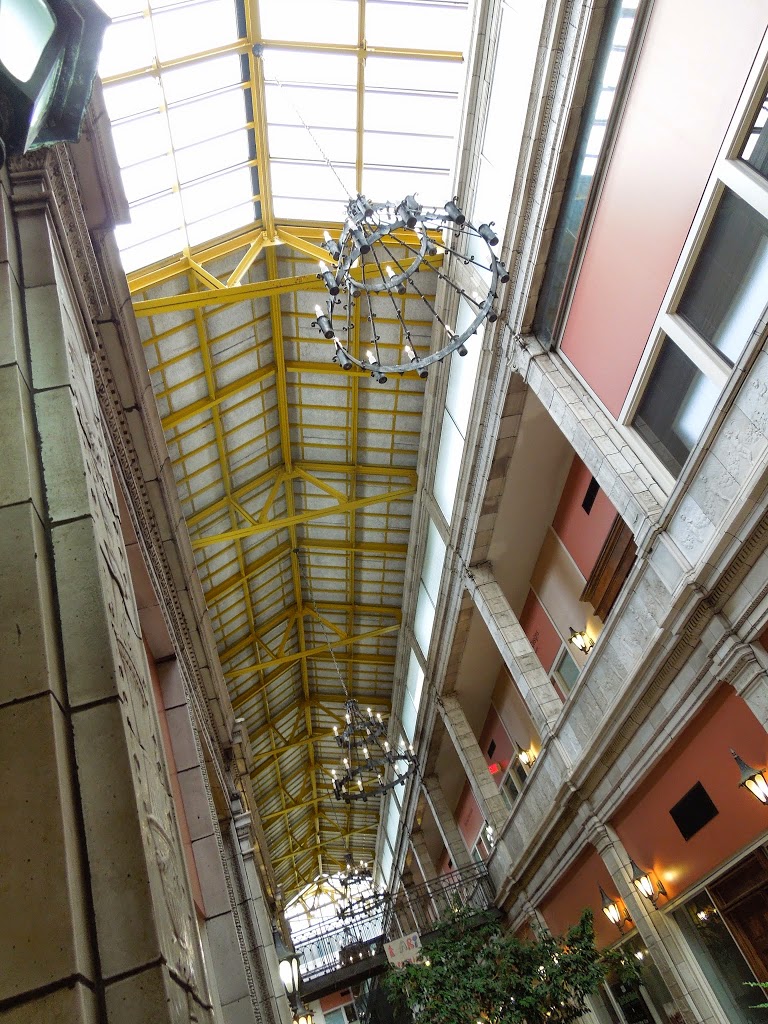 I like to think it was prettier in 1912, without the yellow ceiling grid and pink walls, but just my unprofessional designer opinion.
The highlight of the night was Columbia Down Under.  The Basement opened in 1972 and was only open 2 short years, when it basically turned into a time capsule. 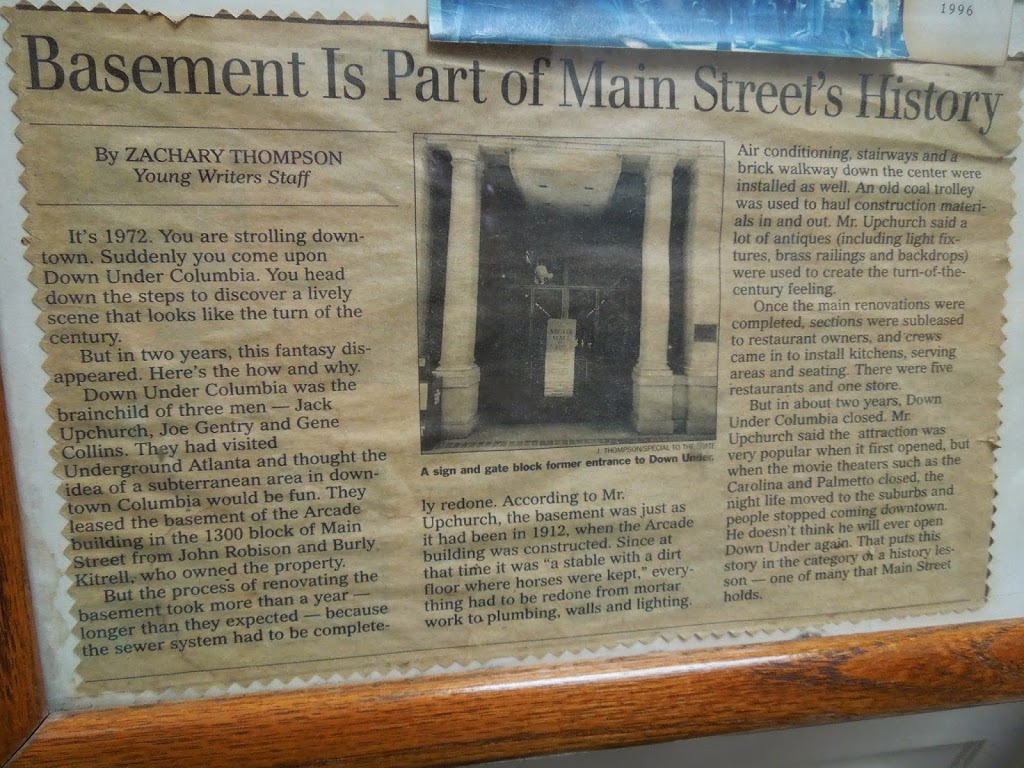 Our appropriately dressed tour guide, John from the HCF: 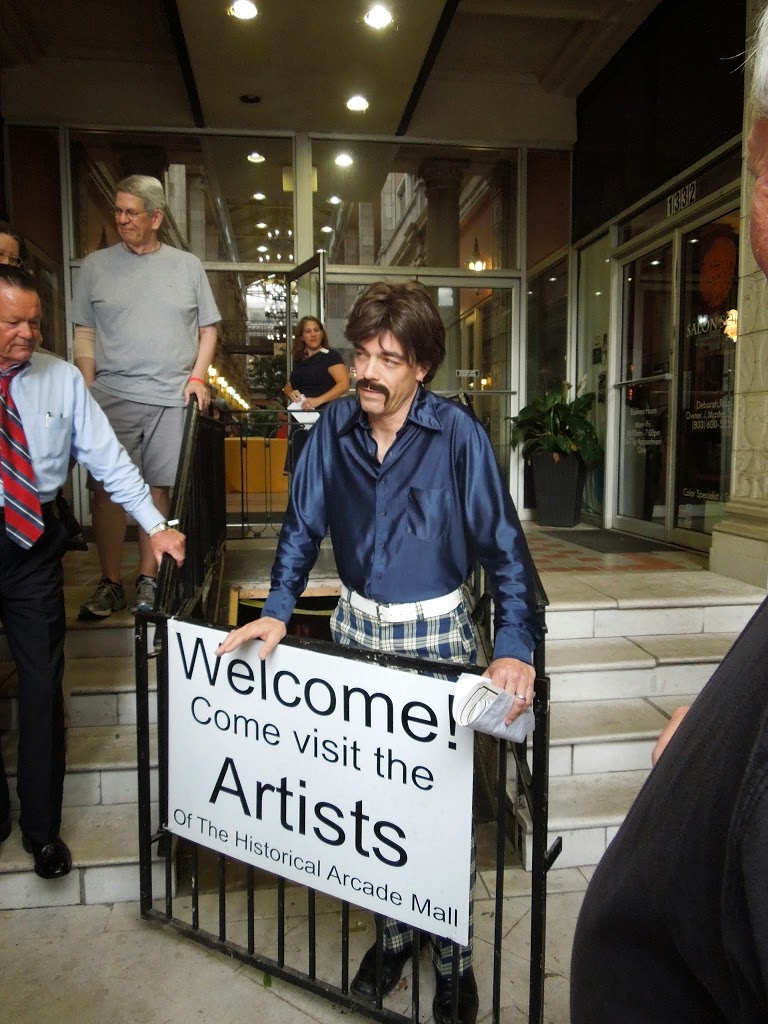 Columbia Down Under had 6 restaurants and nightclubs and a few other shops. 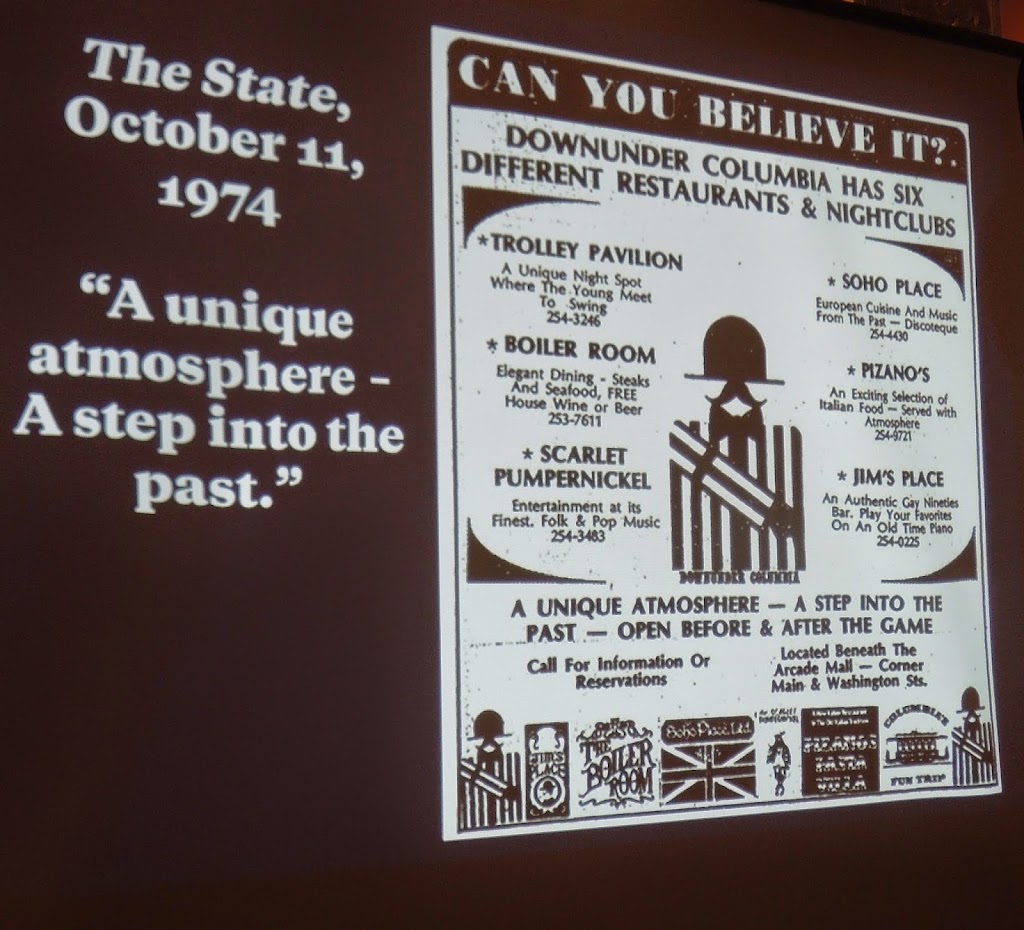 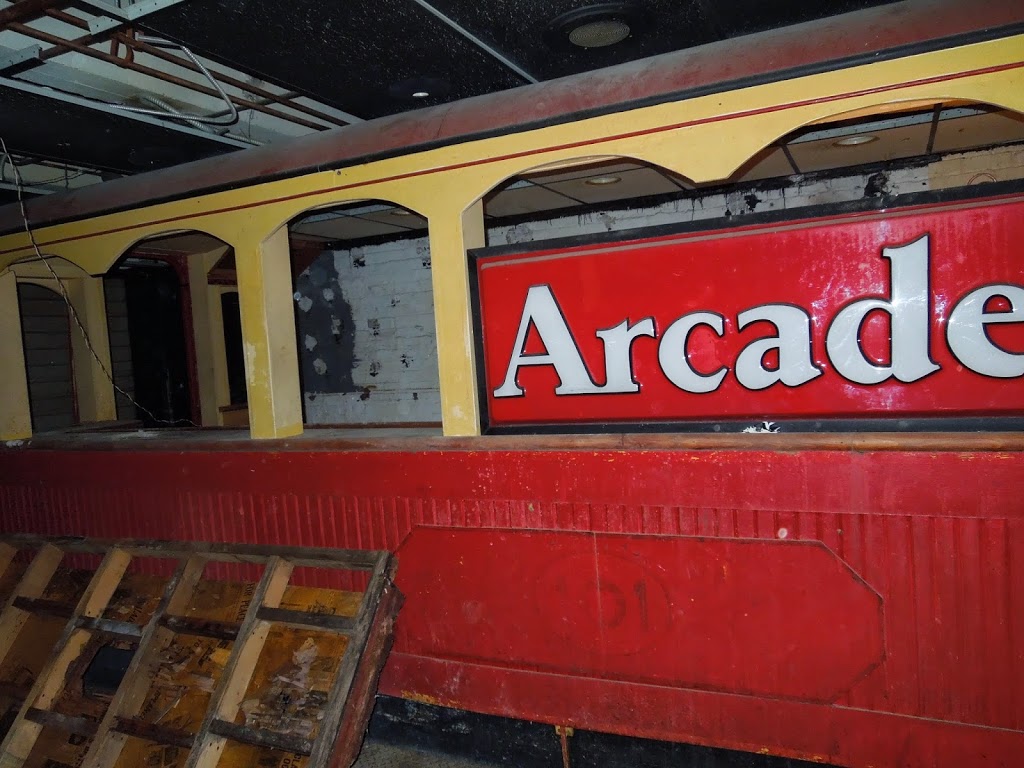 There were several old newspaper clippings on the wall outside the bar, this one I thought interesting.  Belk’s Football Fashions…slightly different from what you see down at Williams-Brice and Sanford Stadium these days… 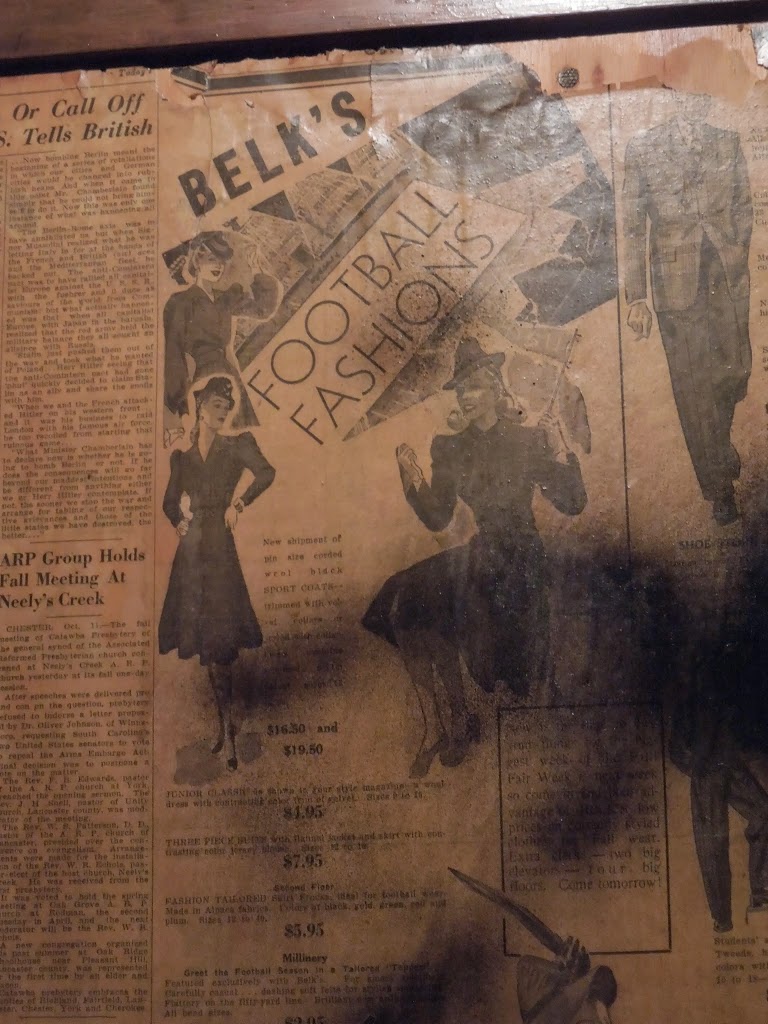 Another bar, called Jim’s Place had this lovely red velvet wallpaper.  I can see this making a huge come-back! 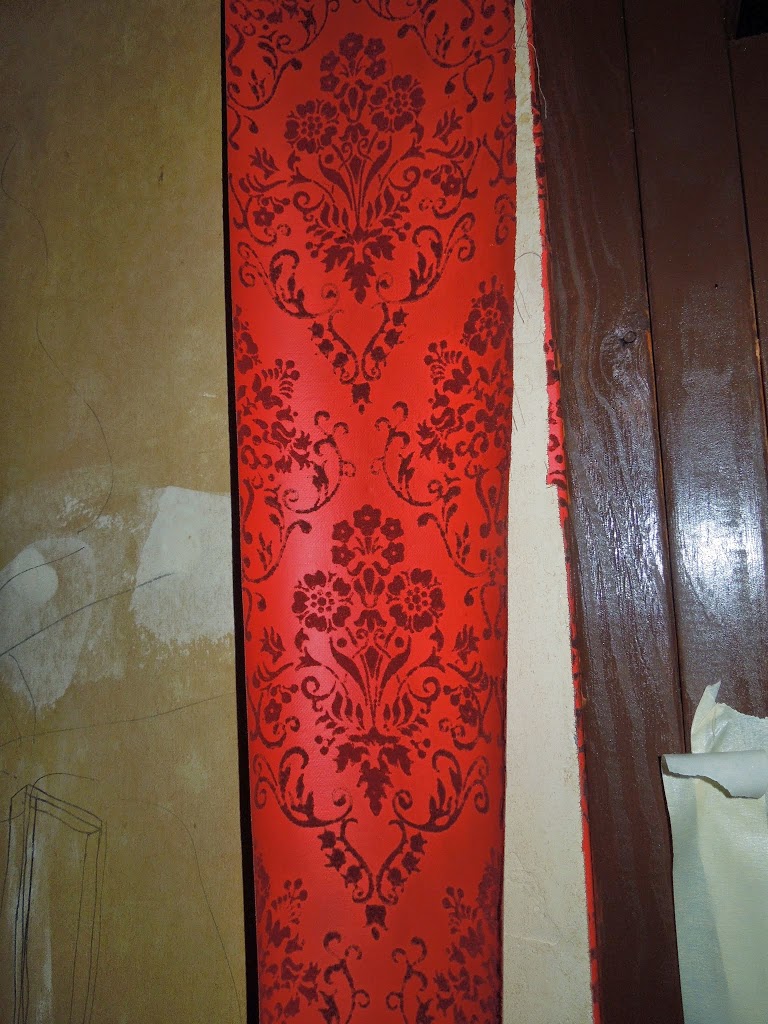 Check out the ceiling (whatever you do, don’t inhale!) 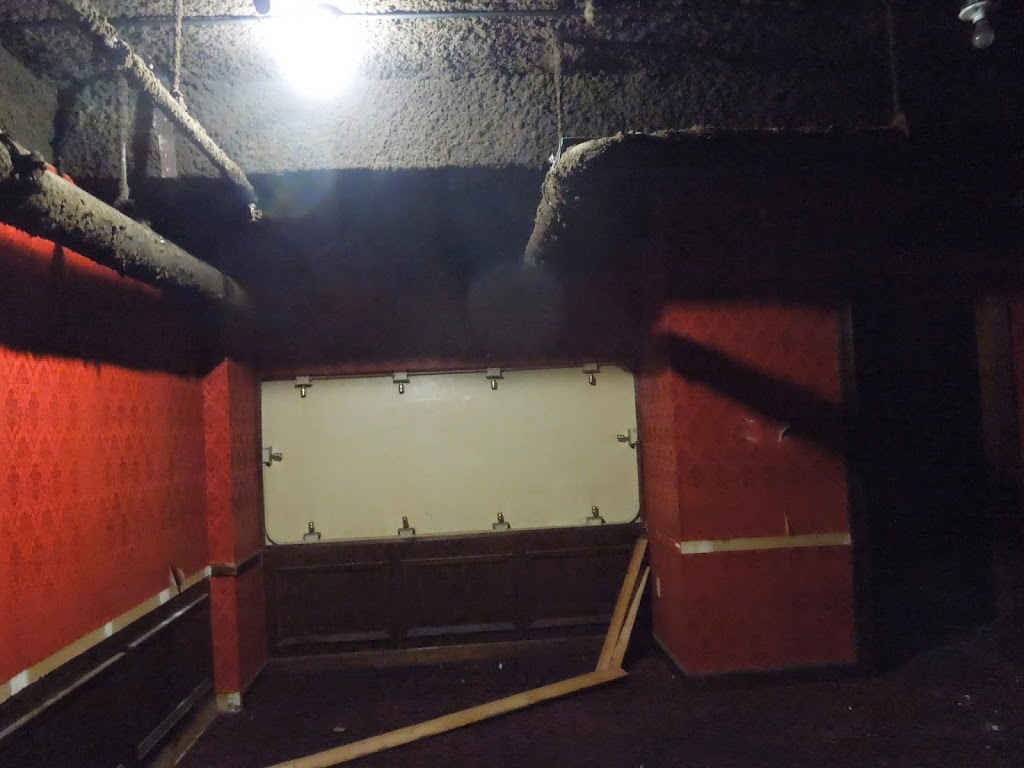 Down the “street” we came to the Scarlet Pumpernickel, complete with a sunken bar and the finest entertainment in town.  The dress form is where the entertainers would sit. 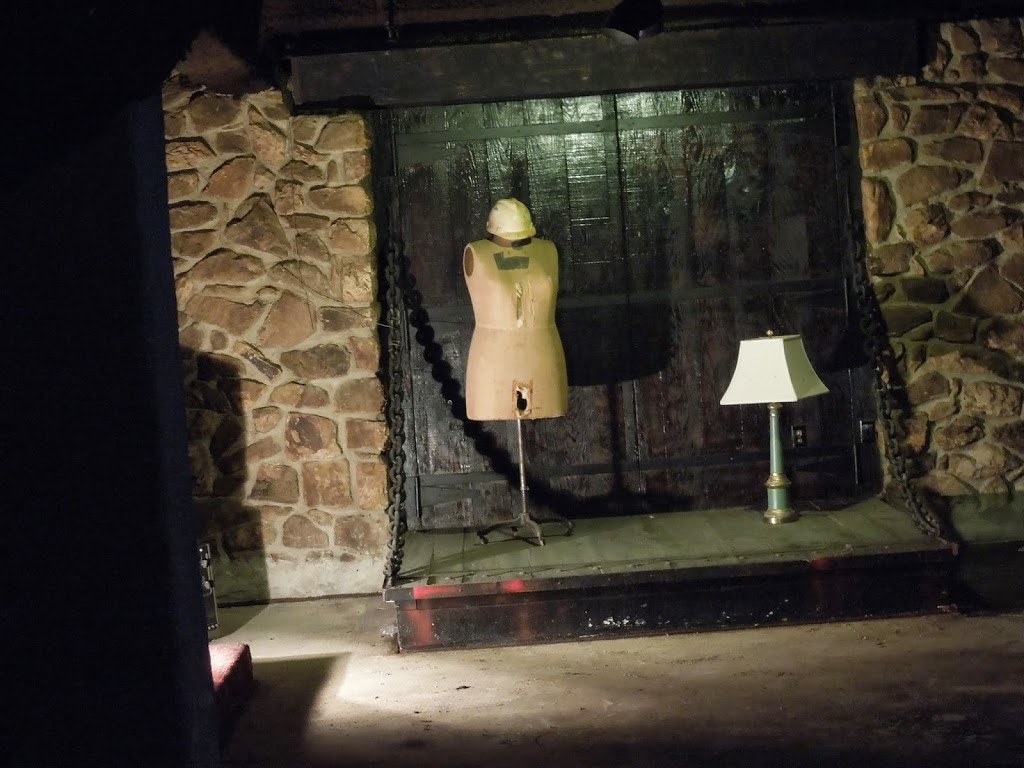 There were other bars like the Boiler Room, where draft beer was $.65 for domestic and $1 for imported.  But you had to bring in your own liquor.
The last stop on our little tour was this fun spot, the Soho Place, with it’s lovely Can-Can inspired wallpaper.  It was know for European cuisine and music from the past (what past?) – Discoteque 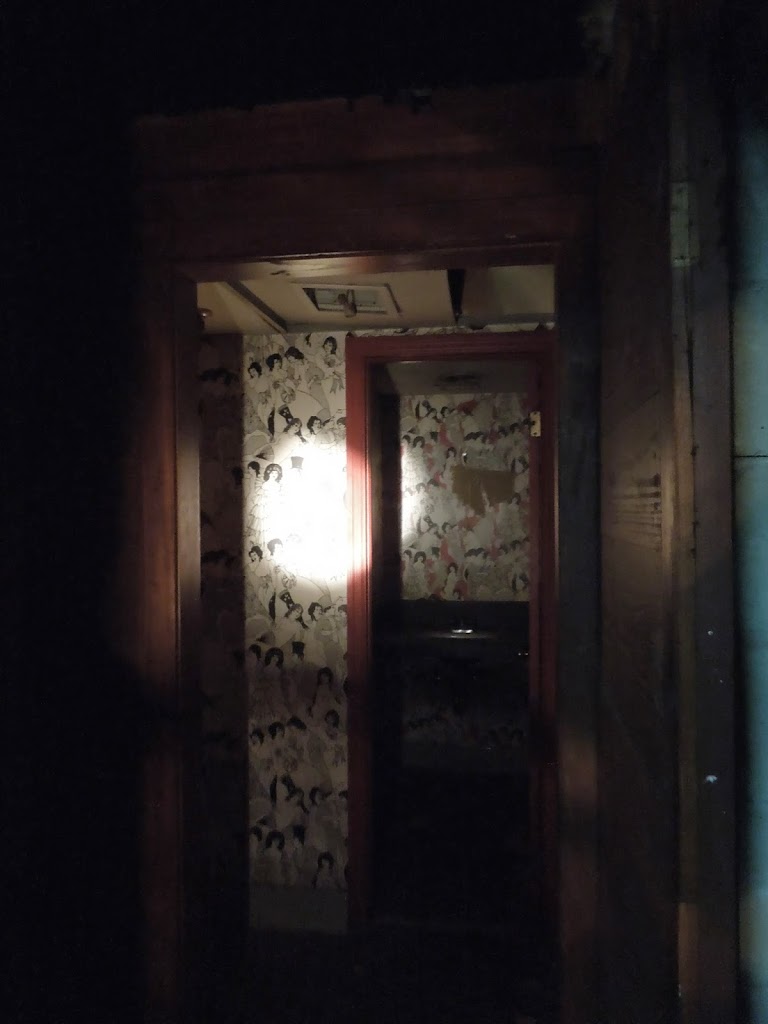 That’s it! I hope you enjoyed your little tour of Columbia Down Under!
If you have questions or would like a tour, please contact the Historic Columbia Foundation – they would love to hear from you!