I guess I spoke too soon in yesterday’s post when I said R was ok.
He got worse, to the point where at 5pm yesterday evening his temp was 104.  I called his Pediatrician and was told we could wait until today to bring him in, or go to Pediatrics After Hours.  I’ll take that option, thankyouverymuch.
We’re first time parents. 102 makes us nervous and the fact was, R’s temp wasn’t going down, it was going up.
Doc said he had “fake flu” – which is most of the symptoms of flu but not the flu.  Well, that’s not confusing…Now what?  With most viruses, there’s not much you can do.  So we started alternating Motrin and Tylenol to get the temp down and thankfully this morning when we woke him up, his temp was 100.4.  That’s better, I’ll take it.
Diversion real quick to the hijacking -> this weekend we were going to Amelia Island.  The plan was to leave at 7am this morning so R would sleep part of the trip in the car and that we could get there early enough to have 2 pretty full days there.
As you can imagine, when the 104 showed up on the thermometer two things came to mind: ugh, his temp isn’t going down, what is going on? and I guess this means our trip isn’t going to happen…
So we adapt again.
R went down for his nap around 10:30 this morning and only slept about 45 minutes before he woke up screaming.  That lasted about 45 minutes.  He was still pretty fussy and having been home most of yesterday I was growing stir crazy. So after checking his temp (down again! yay, small victories!) I said to the hubs, “I can’t stay in this house all day again today.  Can we just go to the Zoo?  It would be a distraction for him and who knows, he may just pass out in the stroller.”
Thankfully, we had 3 passes (even though we only needed 2) so off to the Zoo we went.
For the most part, R didn’t say much, he just watched and pointed.  I was just thankful that he seemed to be feeling well enough to do that. 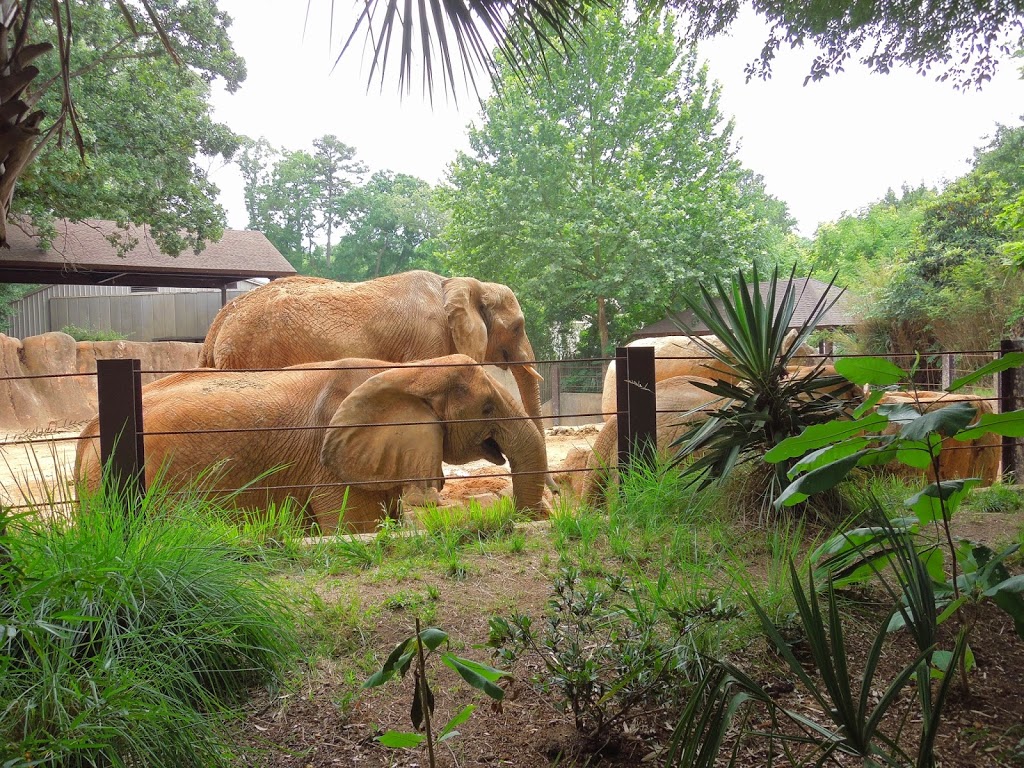 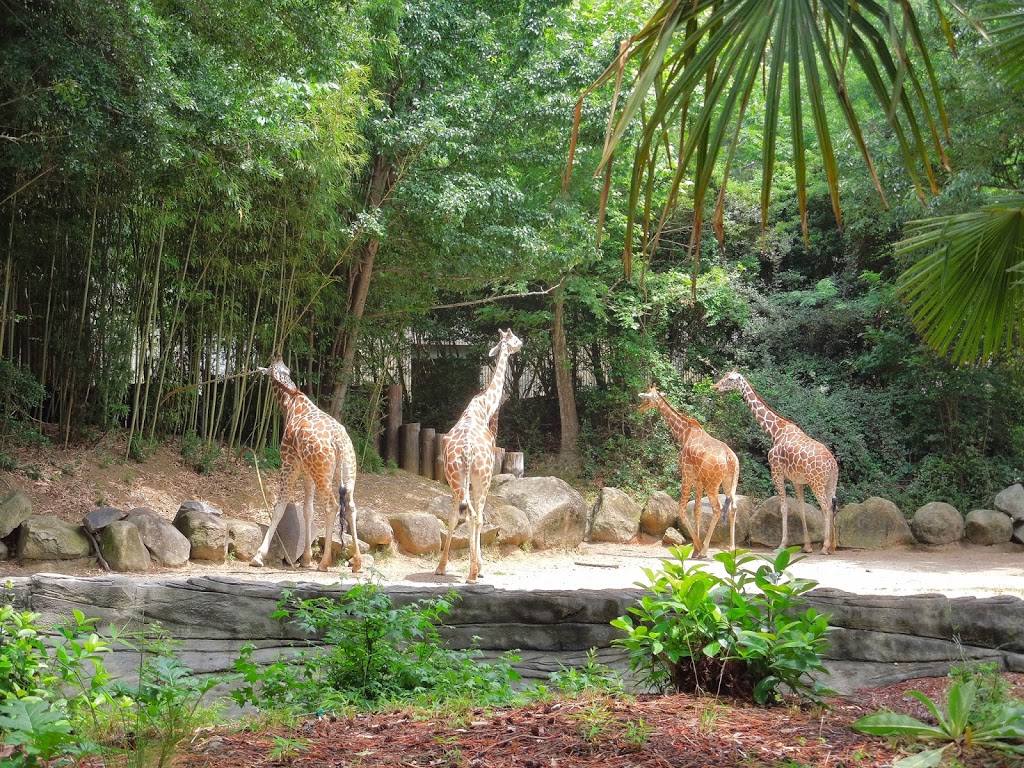 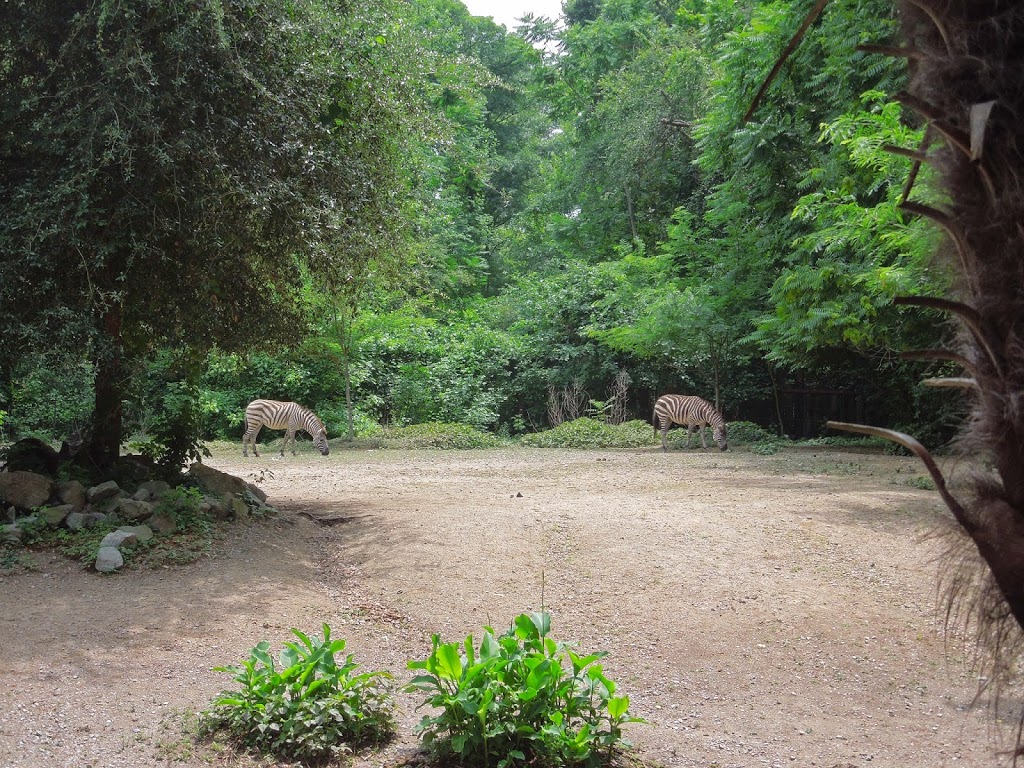 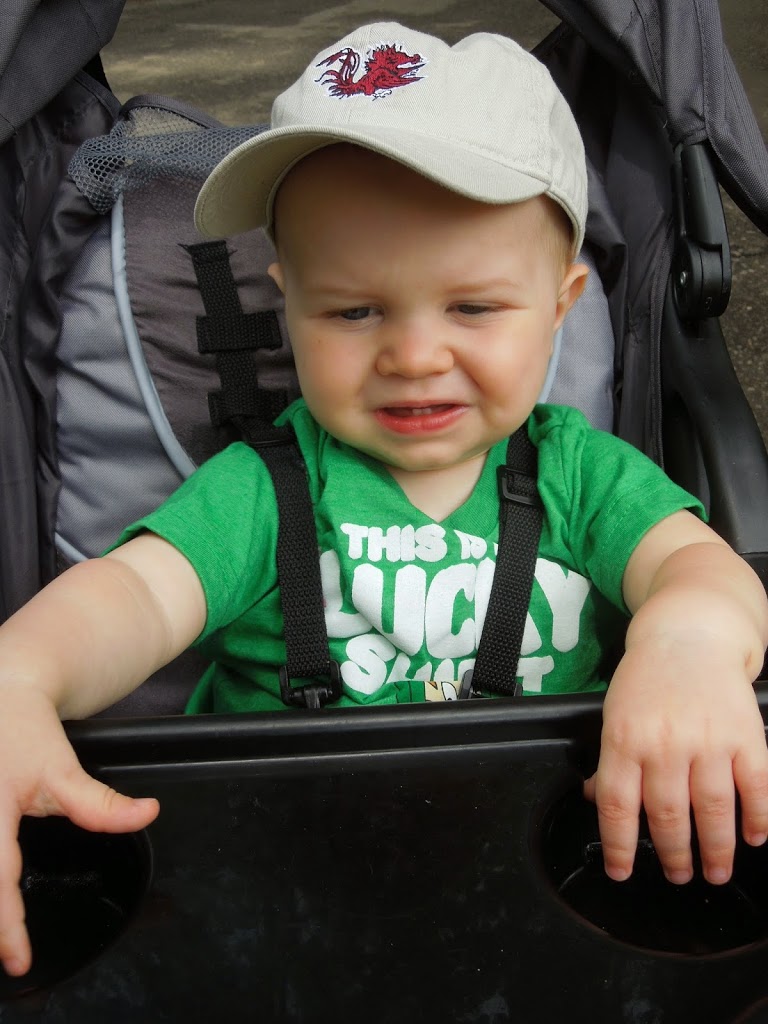 The goats freaked R out completely.  One stuck his big ‘ol head over the fencing and the poor kid just lost it.  We may have chuckled a little…and then I petted Mr. Goat to show R that he wasn’t scary. 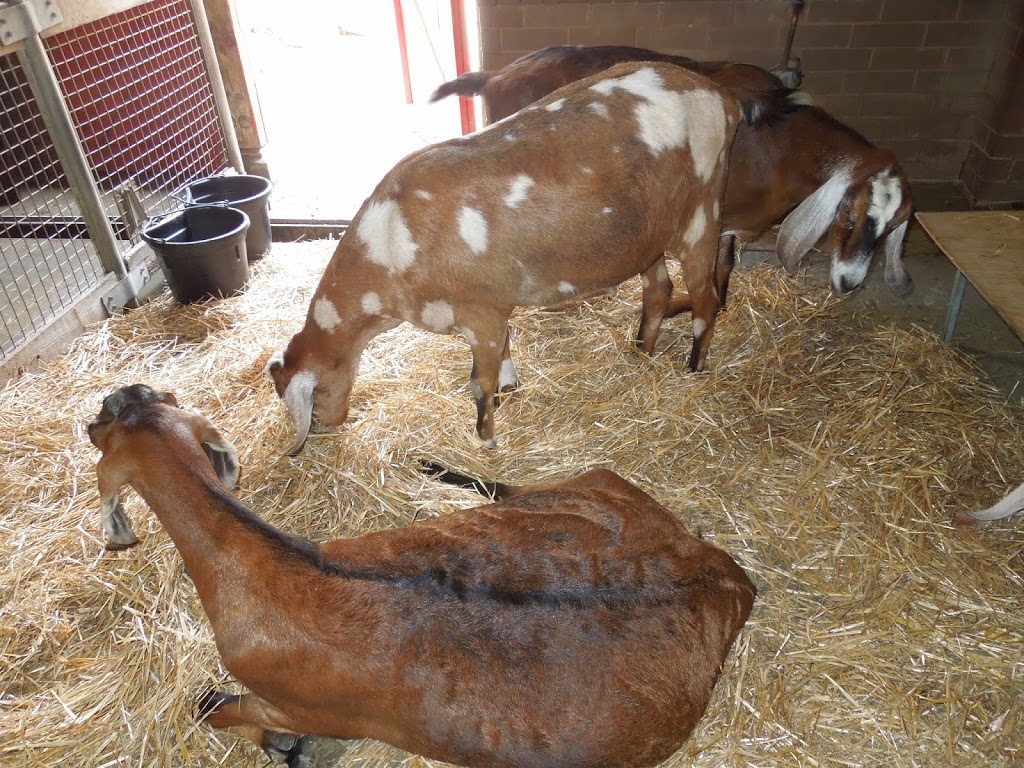 R clapped when he saw the flamingos…guess I’ll have to get some for the yard…. 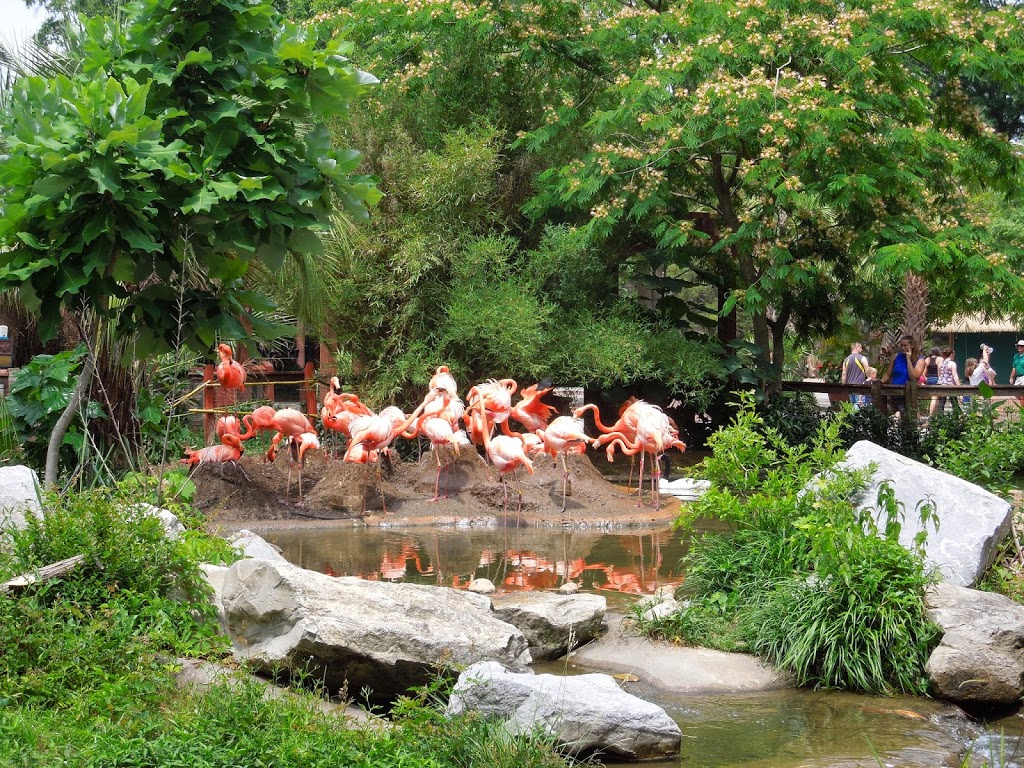 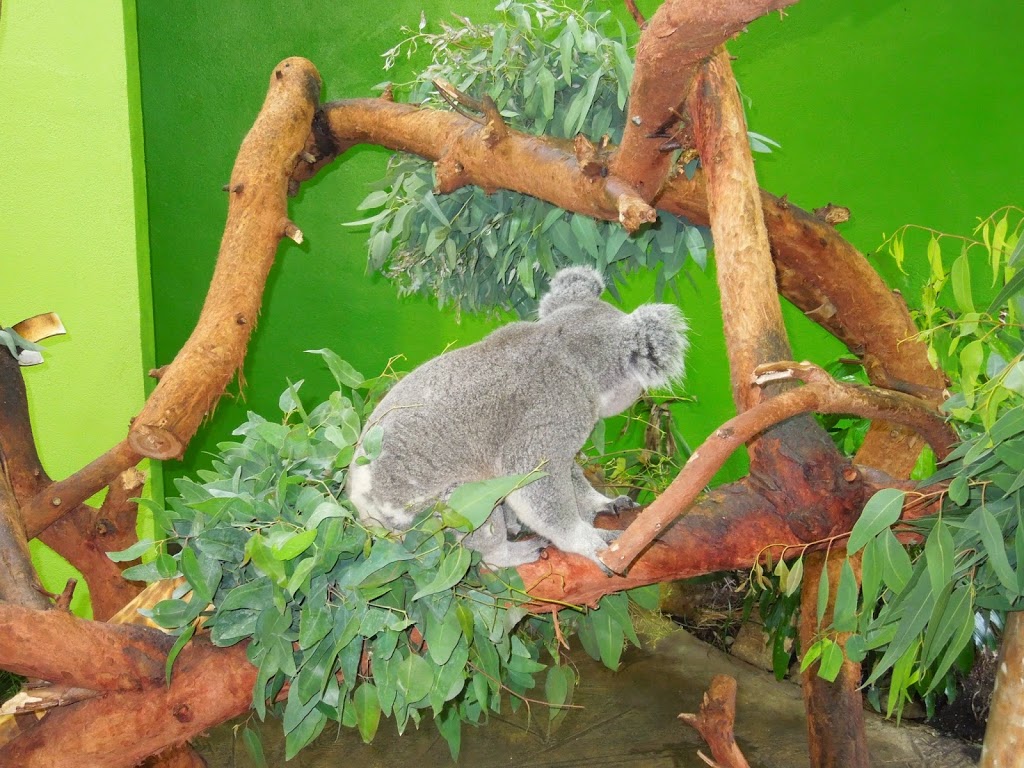 He was a little afraid of the Koala (I know, but he’s a kid…) so Daddy took this pic with
him 😀 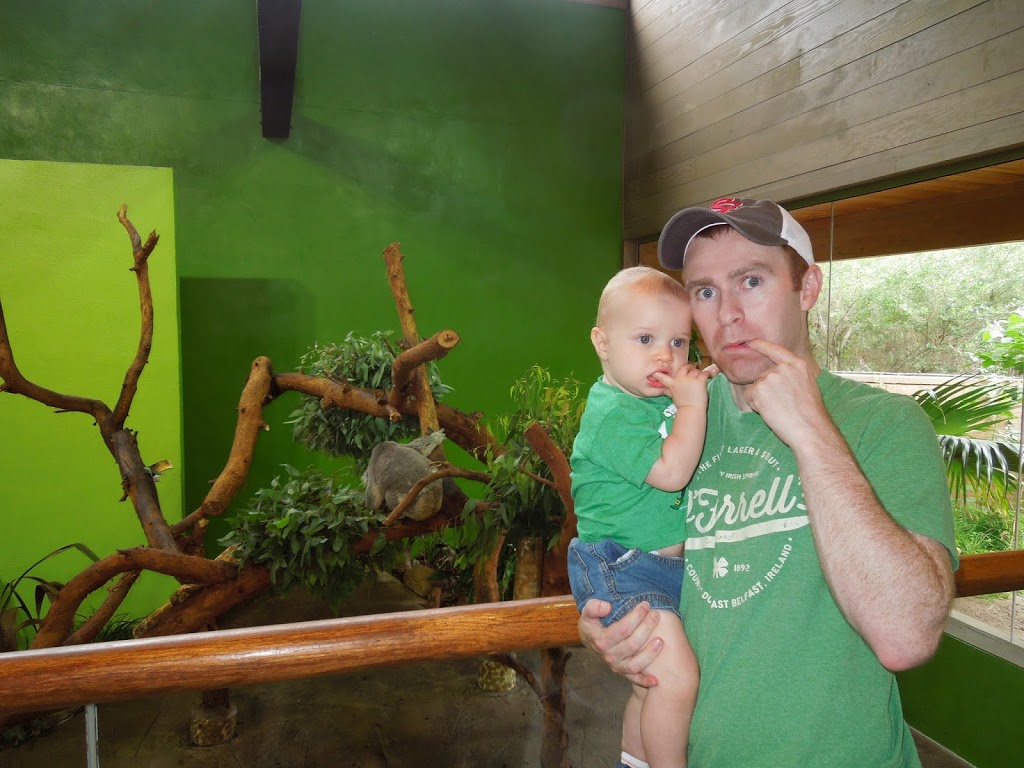 And then a bunch of school girls walked into the room so he was all about waving to them (he’s a ladies’ man!!) 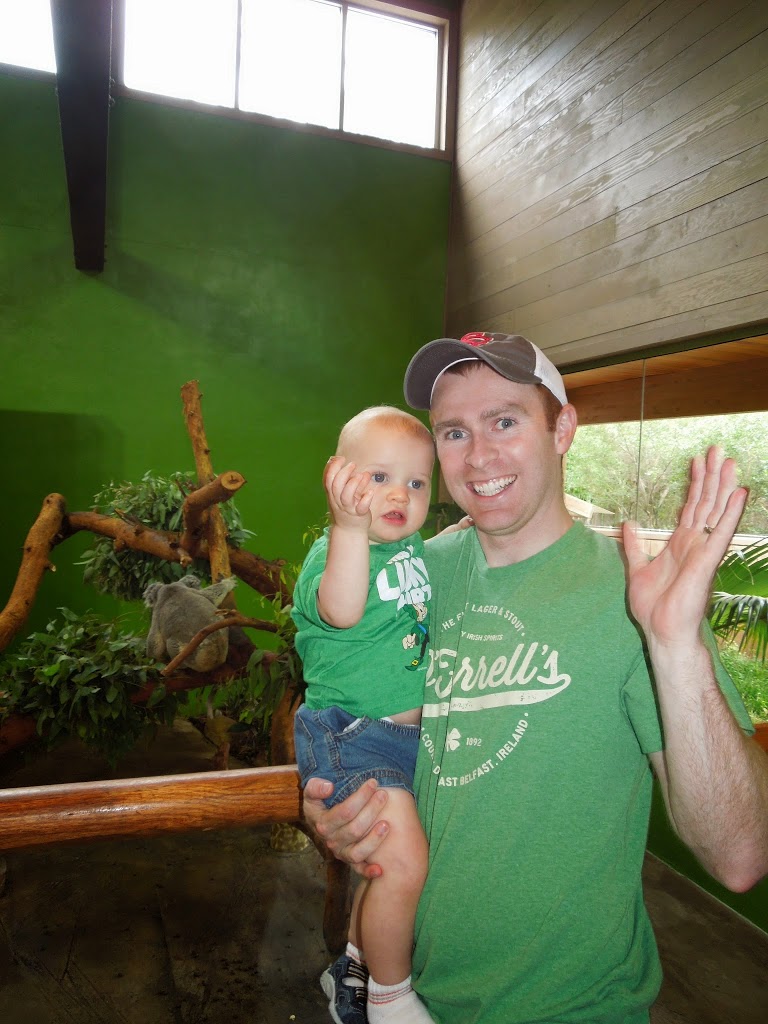 R…terrified once again, this time by the bronze Orangutan.  He had a death grip on my ponytail! 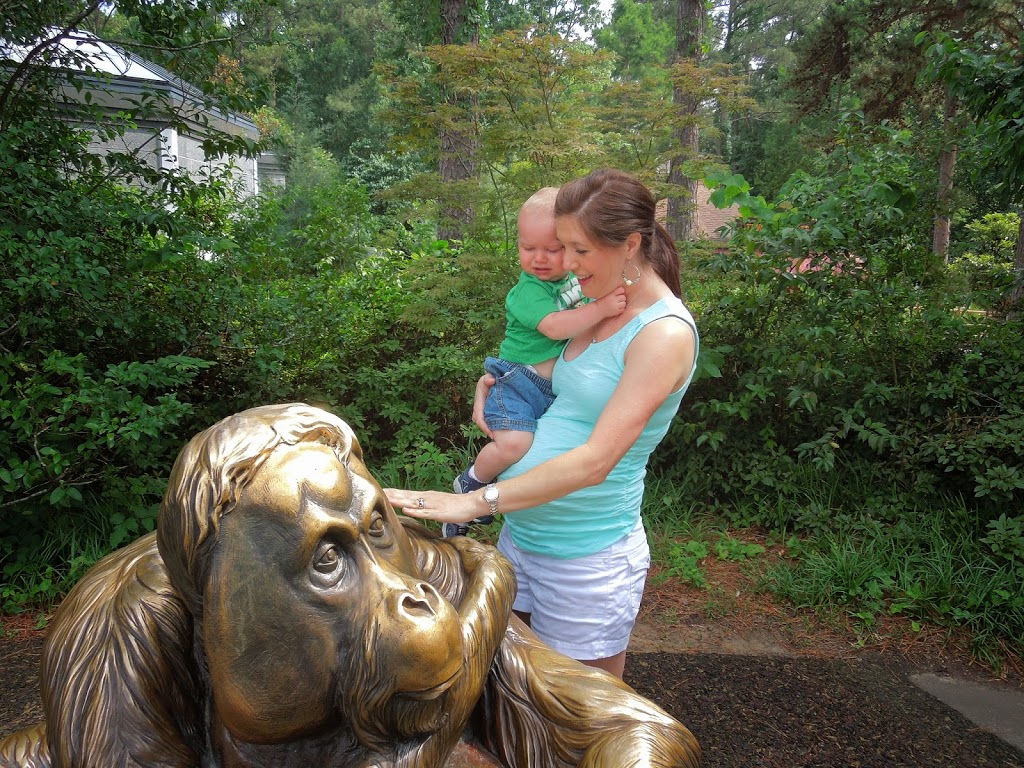 Getting him to at least stand on Mr. Orangutan was anther small victory! 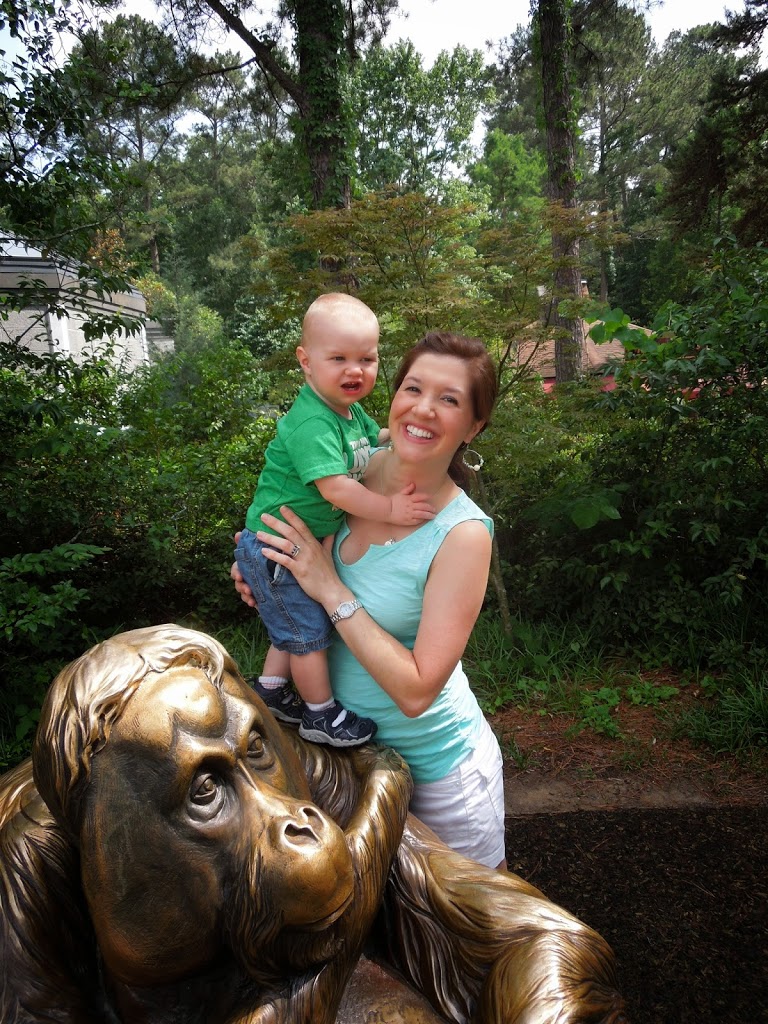 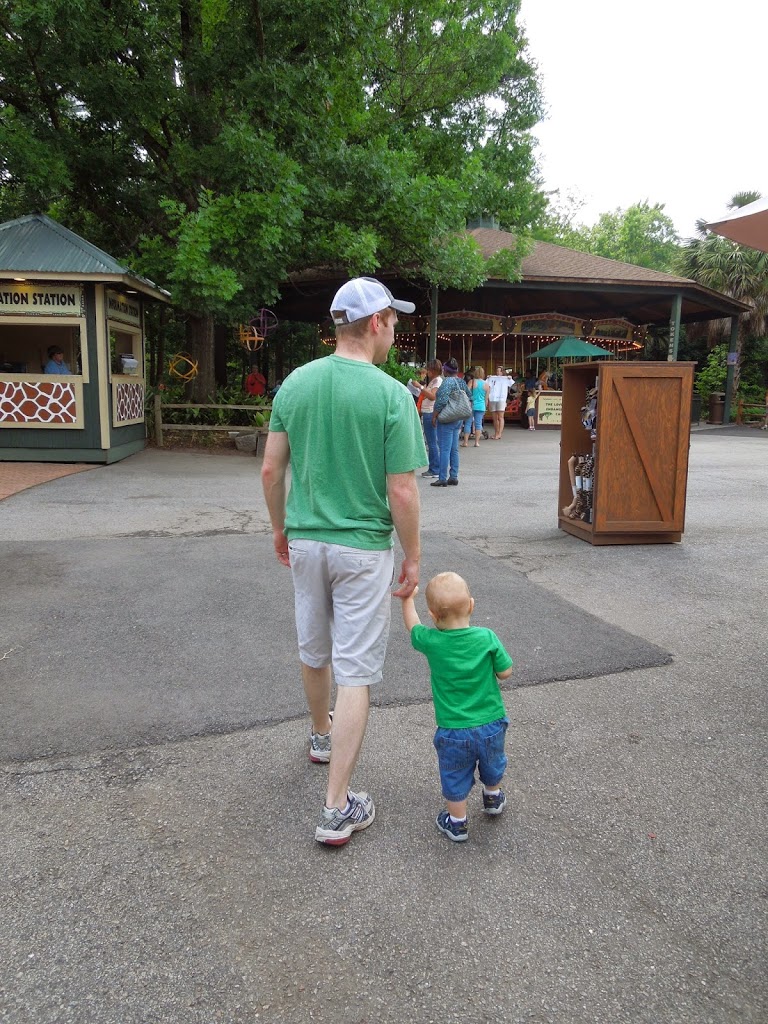 Reynolds passed out in the car on the way home and is presently napping.  My prayer is that he feels better when he wakes up and that we can find another something fun to do tomorrow!
Wishing you and yours a lovely and sick-free weekend!