Ever woken up to a really loud noise and wonder, “What just happened?”
Well, that’s what we did at 3am this morning.  Almost on the dot, 3am.
Andrew and I were in a deep slumber only to awaken by a really loud crash.  We both shot up, and in unison said, “WHATWASTHAT?!”
To which I replied, “Did someone just hit our house?!”
The next few seconds were crazy.  Andrew was running around like a chicken without it’s head and I was trying to get the stupid password into my phone so that I could call 9-1-1.
Initially, all we could see from our garage was one guy laying in the street and two other fellas standing around him, they were all sort of holding their heads and bending over.
Once we got the Operator on the phone, most of what I said, was “I don’t know, we heard a crash and there’s a guy laying in the street.”  At which point I walked to the front of our house and after it taking a bit to register, “there’s a car in our tree…I don’t know if he was thrown from it….”.  The rest is a blur.
Andrew by this point had figured out it was a car on it’s side that had run over/crushed our corner Maple (the ONE tree we had planned to keep).
And he, by this point, had leashed Lily and was going out the back door, giving me strict instructions to “STAY INSIDE”.  He’s a protective husband, and with it being 3AM, was concerned that we were going to be dealing with some drunks.
I watched from the garage, phone ready to call 9-1-1 in case someone shot my husband.
Y’all.  It’s comical now, but at the time, this was real life happening.  What would YOU do?
Within just minutes the police were barreling (literally) down the street, coming from opposite directions.  I was yelling in fear that one was going to run over the poor fella laying in the street.  Thankfully, he stopped about 10 feet short.
As I was observing from the garage, it hit me that I might actually want to go outside and see firsthand what had happened.  {Probably should change out of my maternity pjs…}
By the time I got out the front door, there are approximately 7 police cars, an ambulance and a fire truck.  People everywhere.  Flashlights shining all around this vehicle that was perfectly perched on it’s driver’s side, and had split a tree in two.
I found Andrew and he told me that three teenage boys (around 17) were in the vehicle, apparently the driver was a fairly new driver.  {So question, what was HE doing out driving 50+ mph down our street that is 25 mph MAX AT 3AM?}
These young men had just left the McDonald’s nearby and were “unfamiliar” with the area.  Meaning, they were out joy-riding at 3am.
I digress in my frustration that I feel like they should have been at home, in bed, not out riding around looking for….? at 3am.
The boys were completely unharmed (other than being shaken to their core, I’m sure) and upon one of their mother’s showing up, hadn’t really shown any emotion other than shock.  However, when this momma showed up (after the ambulance, fire truck and many police cars had left), she was squawking.  I mean, she was tellin’ you somethin’ and you’d better be listenin’.  One of the police officers could hear her coming and took off in front of the boys, I’m sure in hopes to calm her nerves.
This is where I looked at Andrew and said, “I would light up Reynolds Lucas”…after of course, I cried my eyes out and told him how much I loved him and please don’t EVER do this to me EVER again.  But then, I’d let him hear it.
About that time the wrecker showed up at our house and within less than 10 minutes, the car was loaded and being taken away.
I remembered standing there at one point talking to one of the very kind officers, thinking to myself, “is this really happening or is this a dream?  How does stuff like this happen to US?”
This morning when we got up I looked out the window, and sure enough, the tree was still split in two, laying on it’s side, with orange cones all around it.  It really happened.
I praise the Lord the boys are ok.  I plead to everyone to please SLOW DOWN.  And I ask my friends out there with kids, 3AM?  Seriously?  Shouldn’t your kids be home at “a reasonable hour”, which isn’t 3am.
Here are some pictures: 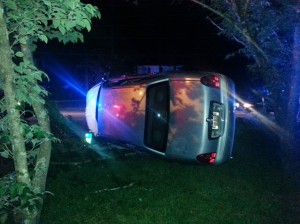 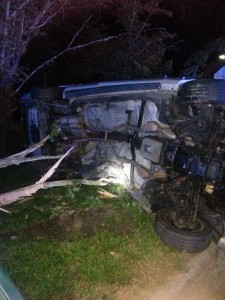 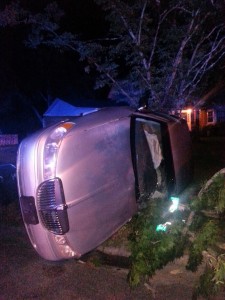 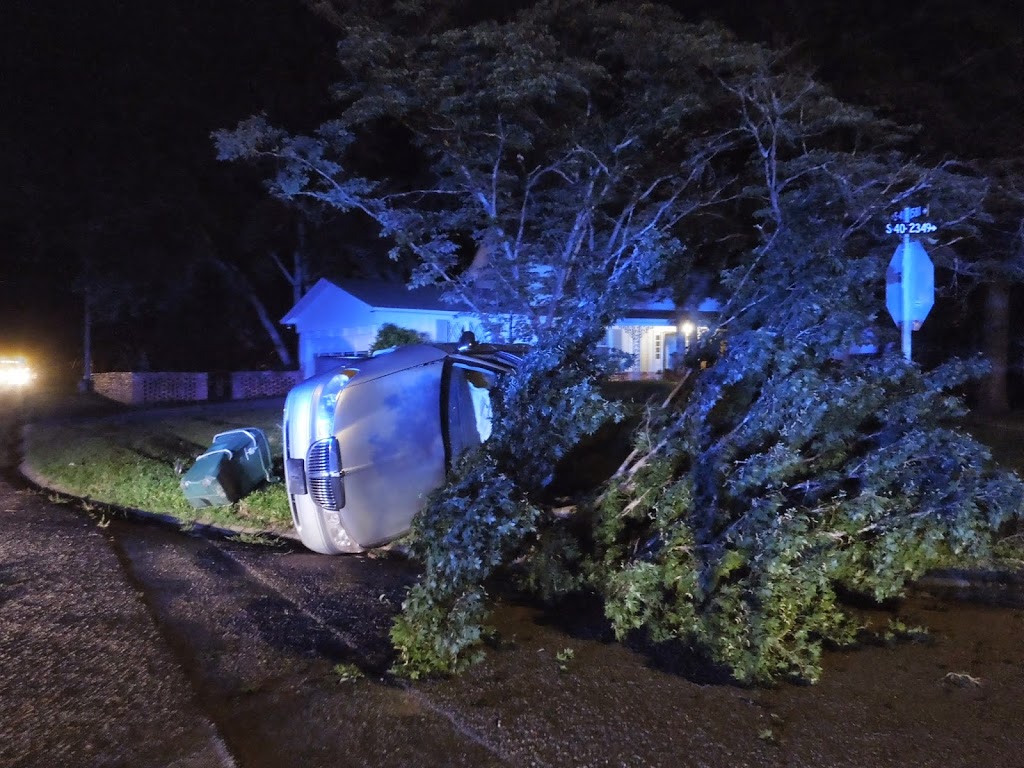 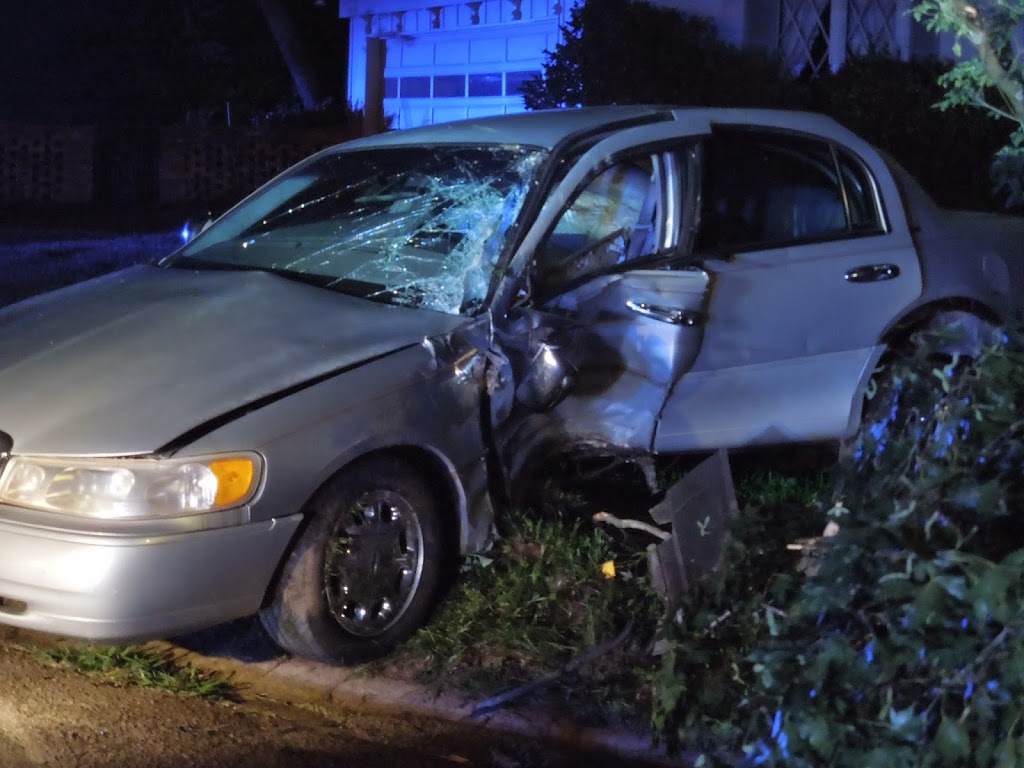 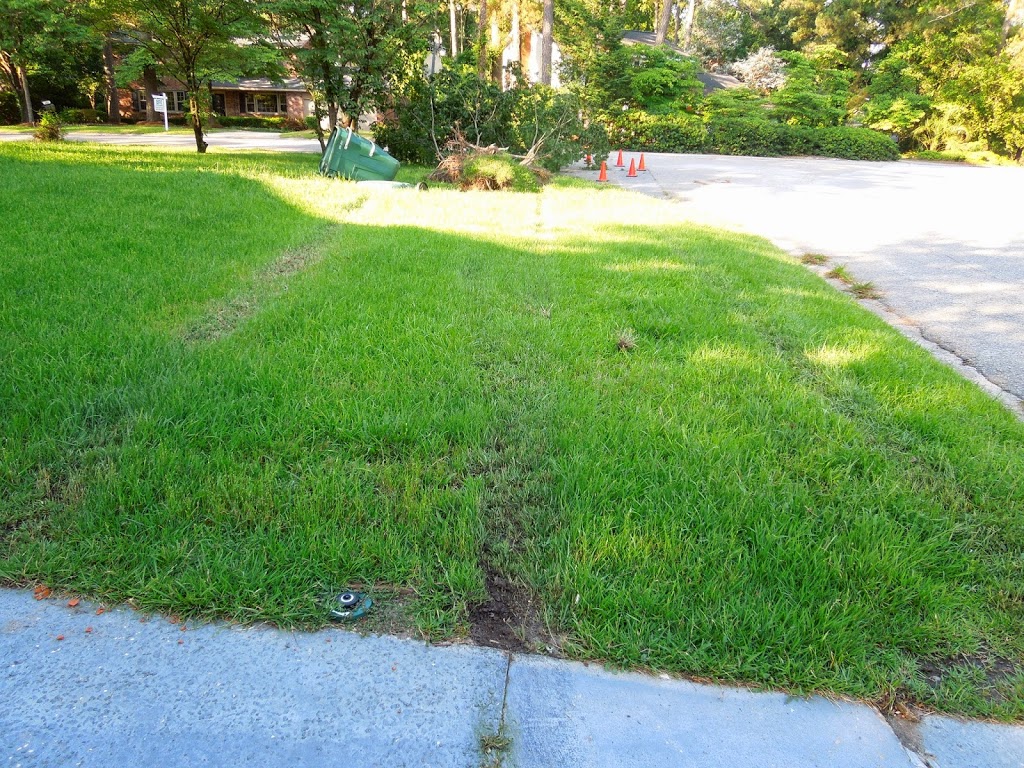 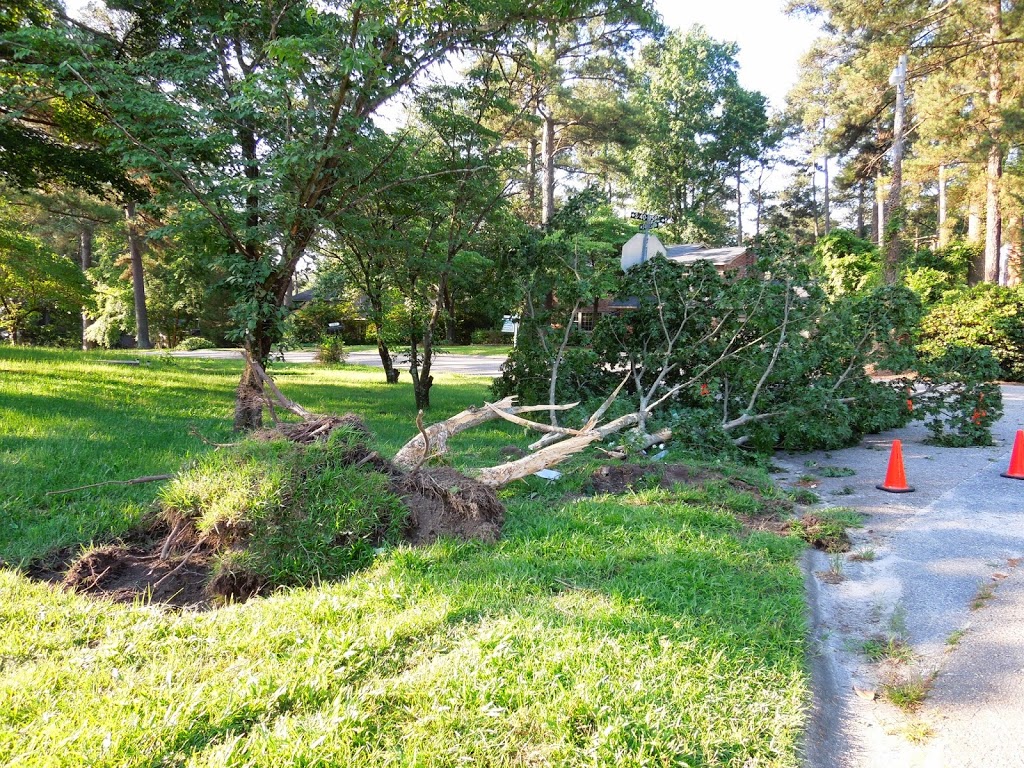 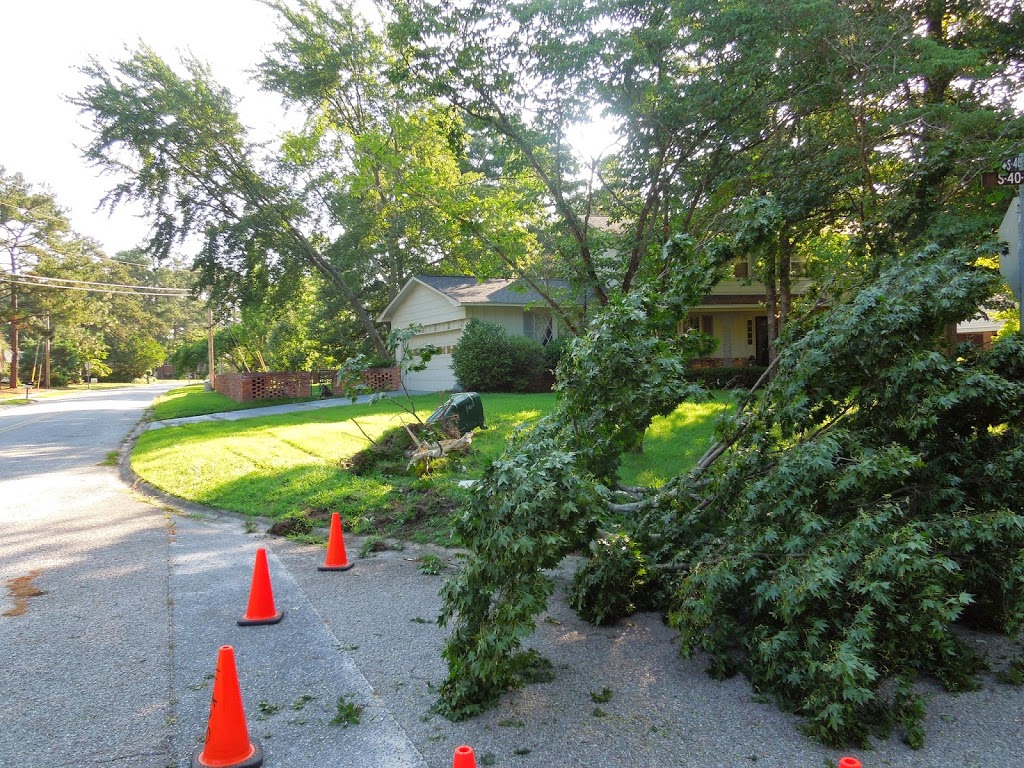 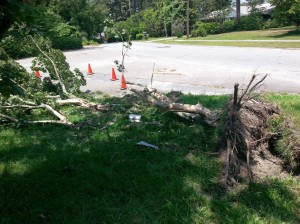