The same Saturday that Reynolds and I purchased Eliza Jane’s dresser, I started painting the bookcase that would be in her room.  I’d gotten ideas from HGTV Magazine as well as Pinterest on how I wanted it to look.  If you recall from the post where I made a bow frame for Eliza Jane, I wasn’t going to do a complete nursery overhaul for her…we would keep the same as what we have for R, but add in some splashes of pink.  I knew in my mind I wanted a bright, pretty pink, not a baby or blush pink.  {Any body else think of this quote: “My colors are blush and bashful. I have chosen two shades of pink, one is much deeper than the other – from “Steel Magnolias”}

Well, I didn’t want blush or bashful, I wanted a bright, cheerful pink!  The cover of my recently purchased HGTV magazine had the pink I wanted! 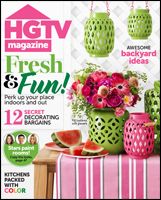 After reading about the items on the coverpage, I’d found it.  Rust-Oleum’s Gloss Berry Pink!  I picked up a can at the Home Depot and was really excited about my afternoon project. 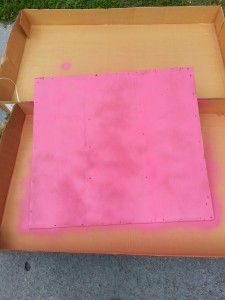 Once R was down for his nap, I took the back off the book case and went to town with my can of pink paint.  I have to admit, at the time, I wasn’t quite sure if this pink was exactly “it”.  But my hopes were high.

Then I started on the bookcase. 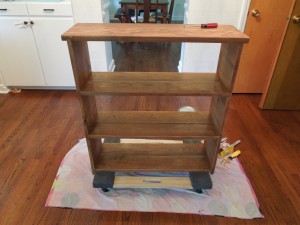 She was pretty plain-jane in the beginning – just standard brown wood.  Andrew sanded her down so that I could paint.  We brought her in, I perched her up on a furniture dolly (so I could paint the bottom without it getting on the towel/floor). 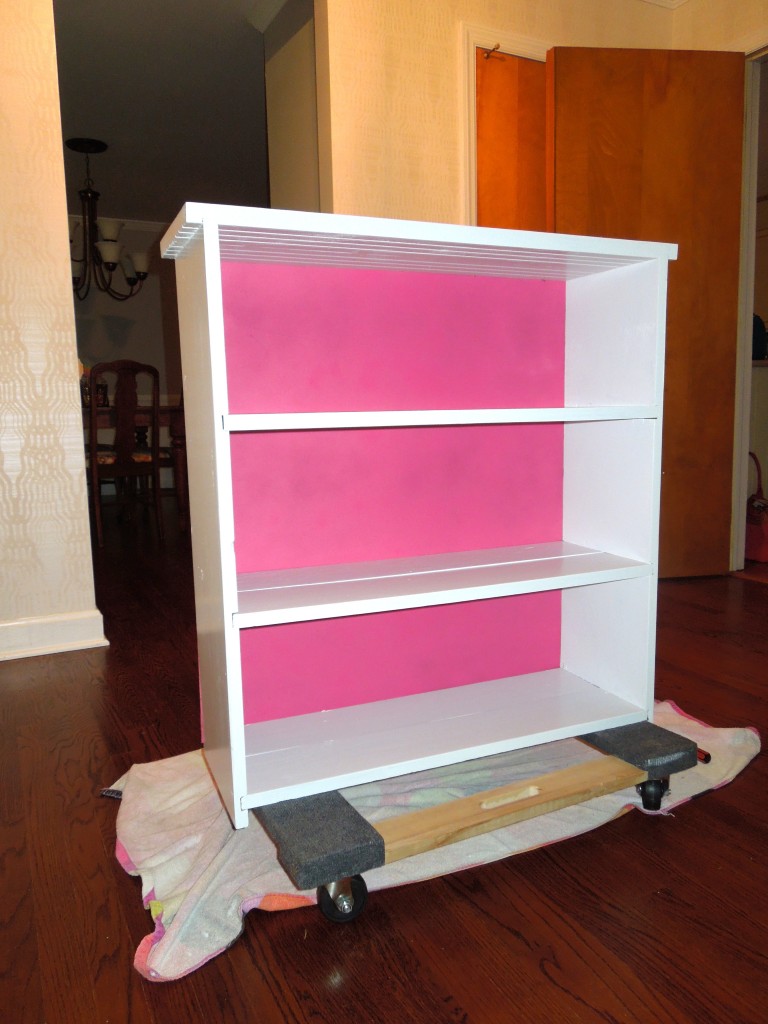 After two coats of white primer/semi-gloss white paint and the back added back on….I think she looks pretty darn sassy!

After putting the bookcase in the room, I was gathering the items for it and realized, sadly, that I have little to absolutely nothing for Eliza Jane!  No books that I’ve bought specifically for her, no dainty little knick-knacks or sweet little dolls….so guess what was added to the list?  That’s right, “girly” stuff for Eliza Jane and her bookcase.  {I’m sure Daddy will love that budget-buster!}  In the picture below, the little frame on the top left is of little Eliza Jane – the frame was given to us by her Grammy Carolyn.  The baby book on the top right is also hers, from her Grandma.  The rest…Reynolds’!  There will be an update to this post…don’t you worry.  And it will be really girly! 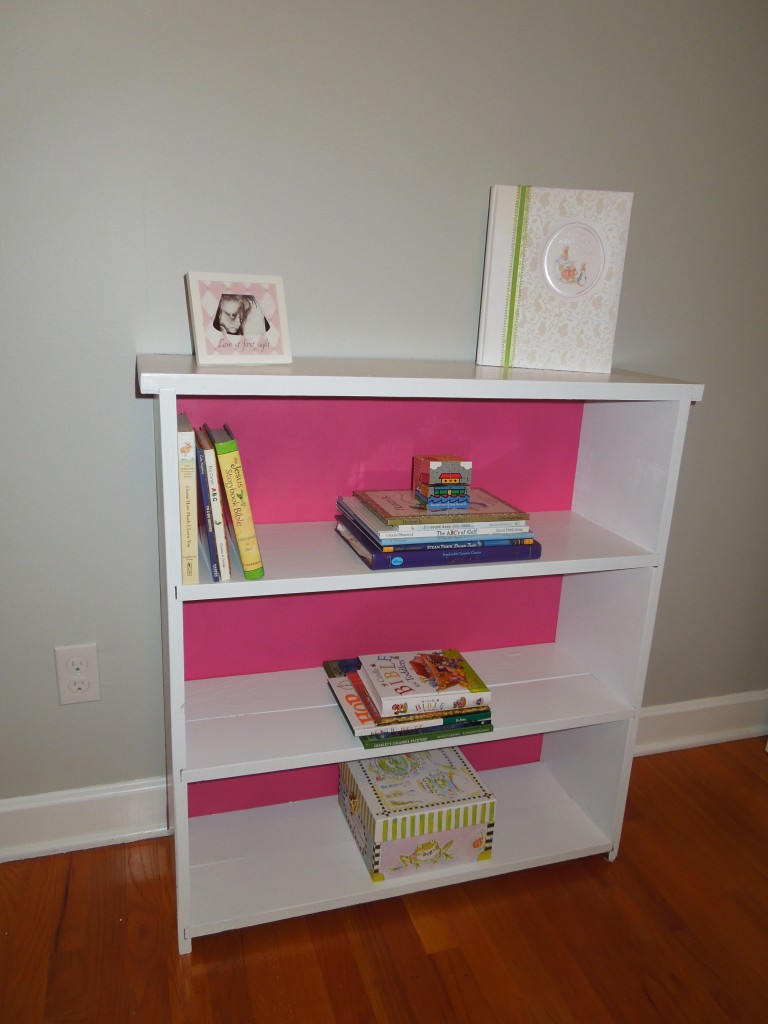 Meanwhile, how do you like Eliza Jane’s little room so far?