Each month we have a little party/get-together in our office to celebrate those who had birthdays that month;  well, today we celebrated July birthdays!  Each month a different group of folks is responsible to put together the celebration.  This month, the gal in charge asked what we thought about a Nautical theme.  Well, since I’m in the throes of that with R’s room, I was all for it.

I’d originally planned on making this cake (by the Cake Boss): 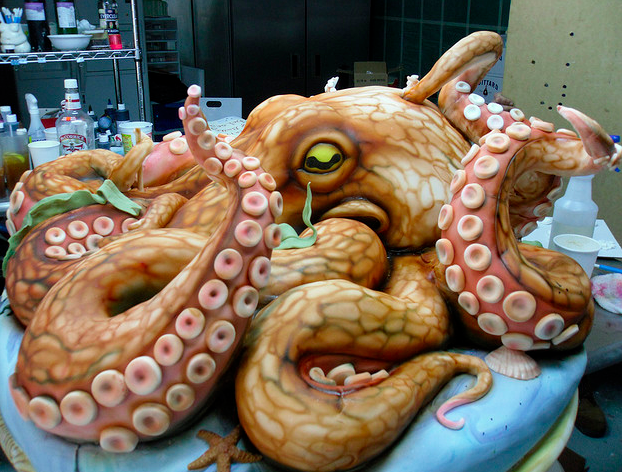 Ha!  Totally kidding…I’m not nearly that creative or talented.  But seriously, one guy on the team did send that picture out and for a moment I kinda thought he was serious about making it. 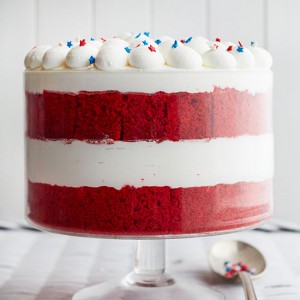 Though, honestly I don’t know why because there’s nothing Nautical about this…it was on their list of 4th of July Desserts.  {Blame it on the pregnancy brain}.  Well, it all worked out because I couldn’t find some of the ingredients (providence, you wonder?).  So I was left yesterday pondering what exactly I could make that was Nautical.

I’d borrowed a Trifle bowl {why don’t I have one?!} so I wanted to use it.  And I knew I could make a cake so I hit Pinterest to see what might spark some creativity.  I saw a super cute cupcake with a sail and thought, I could do something like that.  I could dye my pound cake blue, make it like the ocean and then put some little sailboats in it!!!  I’M A GENIUS!!!!!!!!!!!!!!!! BWAHHAHAHAHAHA.

I picked up the kid after work, called the hubs and said, “could you go by the store and get me some blue food coloring?”.   Got home and realized I didn’t have sour cream – my family recipe is a Sour Cream Pound Cake {to.die.for} so off Andrew and Reynolds went, to the store.

Andrew had a softball game last night so after putting R down, I was ready to start my cake.  I got out all my ingredients and wait, where’s my sugar?  This is all the SUGAR?!  I had maybe, MAYBE one cup of sugar.  What is happening to me?!  I realized I was officially losing my mind.  Pregnancy has taken it’s toll on my brain.  Texted my friend Dana, “sooooooo, are you busy?”, just to press send and realize that it was Wednesday and she has choir on Wednesdays.  Shoot.  Then I thought about Courtney down the street.  But by then I thought, Andrew will be home in 20 minutes, I might as well wait.  I texted him, “I am or have officially lost my mind.  I have no sugar :(.”  He replied “Hahaha.”  I’m so glad he loves me.

I checked my recipe one more time, looked over all the ingredients and decided it was go time (of course, after the sugar arrived….).  I posted some pics online of the process, wondering if anyone could guess what I was making…one person said red velvet, another thought it was smurf cake when I revealed the blue batter. 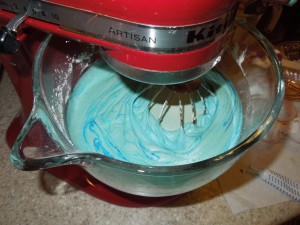 I’ll admit it was fun to see what comments came out, especially one from a co-worker who basically said, it didn’t matter because he looked forward to eating it today.

I ended up with what I’m calling “Sailing the Rough Seas” cake with my little sailboats (made from scrapbooking paper). 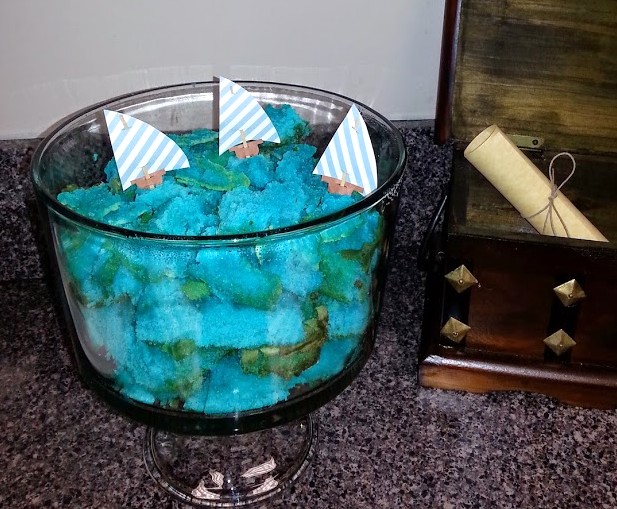