Ok, so my title might be slightly dramatic.  But let me be honest with you, I was in a fairy tale when I originally planned my dinner meal for tonight.

You see, last night I knew that our new dishwasher was being installed.  So with a giddy heart, I headed to my neighborhood Publix (where shopping really IS a pleasure) and picked up some scallops.  I was still debating on what exactly I would do with them, but I knew scallops would be involved.

Then, while I was at my 4 week-to-go check up (!!!!) today I hung out on Pinterest (what else are you to do while you’re waiting for an hour to see your doc….) and saw this amazing recipe for Skinny Shrimp Alfredo Pasta Bake and thought, that would be amazing and a delicious addition to our scallops!

A quick swing into Publix again on the way home with my favorite munchkin, we grabbed the shrimp and few other ingredients needed.

We walked inside our home and boy, was it loud.  We’d had a slight mis-hap last night with the new dishwasher so we had an air mover drying everything out during the day. 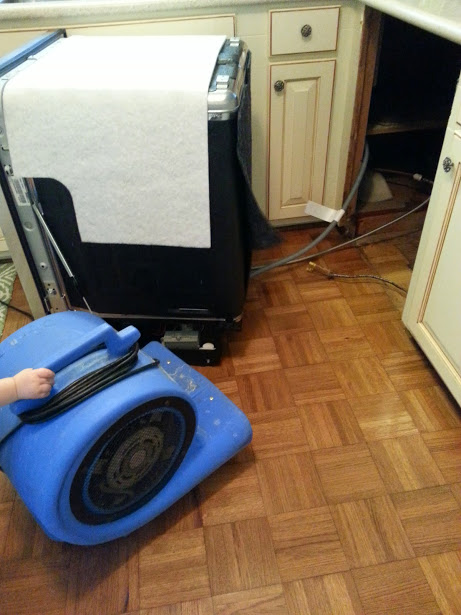 Andrew had said it was fine to turn off, so once I got everything ready to start preparing our meal, I shut the thing off!  Also, it wouldn’t be long before he got home, so he could move it then.  First thing up was our bacon-wrapped scallops.  I got the basic recipe from the Pioneer Woman.  Hers are a lot more fancy than the ones I made…I stopped once the scallops had been cooked.  Annnnd, unfortunately, they were a little chewy due to the fact that when my timer went off my son was being a lunatic so I couldn’t pull them out of the oven exactly on time.  Nonetheless, they were delicious! 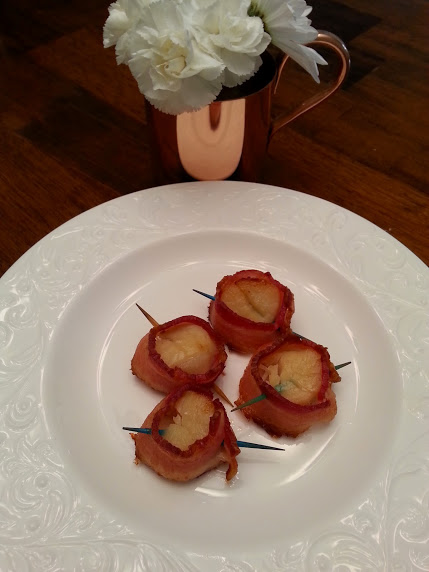 Originally there were 6, but only 4 survived long enough for this pic!

Appetizer down, now for the meal.  Reynolds was fading fast so I broke up a few Nilla Wafers for him, and those seemed to be holding him back from the cliff.  I started with a roux (I’m so fancy) plus garlic (our house smelled ah-mazing) and made the alfredo sauce.  In the 3-4 minutes it took for this, R started losing his mind all over again.  He was pulling my skirt up and down (seriously, kid?!) and was literally right.under.my.feet.  Keep in mind that our kitchen isn’t tiny, but being that a dishwasher and an air mover (which had been turned off) were sitting out in the middle of the the floor plus a small (crazy) toddler plus me…equaled too much in a small space….something had to give.  R went into his high chair with a cup of milk.  I peeled the shrimp faster than you could say supercalifragilisticexpialidocious.  Washed my hands for the 20th time and fed the kid some applesauce because he was losing it all over again.  {WHERE IS MY HUSBAND, you ask?}  Andrew…was…busy.  But was on his way home at this point.

Applesauce down, shrimp seasoned and in the oven to cook really fast (400 degrees – 6 minutes).  In a large bowl I put together the rest of the ingredients plus our alfredo sauce.  By now Andrew is home and just like June Cleaver, I flashed him a glorious smile and said “Welcome home, Dear”. 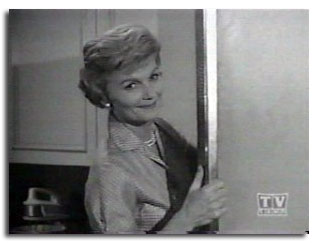 Not.  And shoot, I forgot to put on my pearls…

Dishes everywhere, no room to breathe and me in my 3 foot square managed to put together a smack-your-momma meal, to which Andrew proclaimed, “This is the kind of stuff to keep me around, darlin!”  and “In tumultuous times, this keeps our marriage strong!” {I kid you not, he actually said these things to me.} 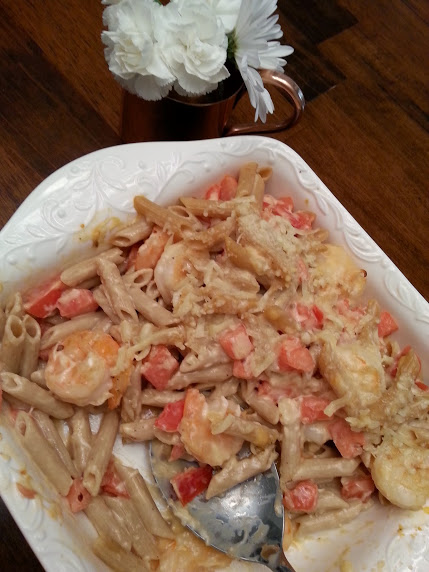 I thought I was the one losing my mind!

Here Reynolds and I are in our small space, making the most of our terrible working conditions! 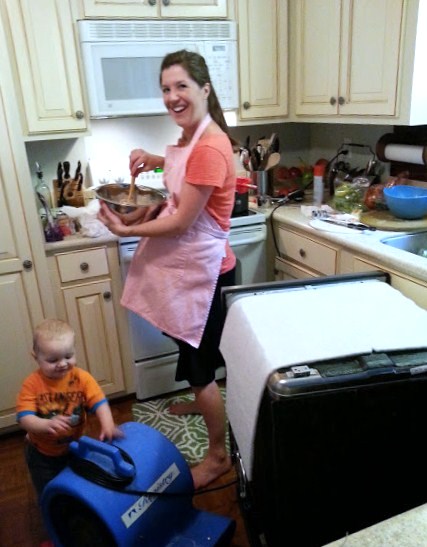