A couple of initial comments:

1. Thank you for your kind words from Saturday’s post regarding our sweet dog, Lily.

2. Today is Reynolds’ 2nd Birthday, and to not put a complete damper on it, this post is both about the happiness of the day and

3. An update on Lily’s condition and a fair warning, her doctor’s appointment today was not good.

I’ll go with the bad so I, personally can end this with a smile on my face.

Lily’s appointment today.  I took her this morning – we had an appointment at 11:30 am.  I met Dr. Brown, who was a wonderful lady, and she explained to me initially what she wanted to do today, with my permission.

I left Lily around 12:30 pm – getting prepped to have an ultrasound done on her abdomen and an x-ray done of her chest.  She’d just had blood drawn last week with her normal Vet, so those labs were good.  I was to pick her up at 4, at which point I would sit down with Dr. Brown again to discuss the findings and next steps.

Andrew met me at the office as I was getting ready to leave so I updated him on everything and he agreed to meet me back there at 4 pm.

I came home and read, tried not to think about what the possibilities were.

I got back to the doctor’s office at 4, after having gone by the grocery store to get Reynolds’ birthday dinner fare and some balloons for him.

I got back to the room and within a few minutes Dr. Brown came in.  “Unfortunately…”  I listened intently to what she was telling me, trying to take it all in.  Trying to understand what exactly she was saying.  Andrew hadn’t quite made it to the office so I was trying to remember every little detail in case he missed Dr. Brown.

He came in just a few moments later.  She recapped what she’d just told me.

1. The lymph nodes around her bladder and other organs in her abdomen are large

2. Surgery isn’t an option at this point – it’s spread to much

3. Spots on her lungs reveal that she’s got evidence of it there too

4. The chest x-ray also revealed some fluid on her lungs, especially the right side

She showed us the x-ray and you can see it all…the “snow” in her lungs from the cancer.  Another reason to hate the disease.  So invasive.  So unforgiving.

She basically said that if we did nothing, other than make her comfortable, we might have “a few weeks”.  Let that sink in.

This sweet baby girl that has been mine for twelve years.  My heart aches.

We could start chemo and do up to five treatments, and it could either stop the growth and spread of the tumors or possibly shrink it.

Please continue to pray for us.  If nothing else, that we would have peace and that she would not be in pain.  She’s been such an incredible trooper – you wouldn’t know that she is even sick, we certainly didn’t.

On to the happy!  {And I’m really sorry for this crazy emotional roller coaster of a ride – but thank you ever so  much for going on it with us.}

Today is R’s 2nd Birthday!  First of all, where the heck did 2 years go?!  It honestly, truly seems like a week ago {well, maybe not that short of time} that we were flying down I-20 at 3:45 in the morning to get to the hospital to see if my water had in-fact broken {it had}.

And just a half a day later we had this enormous 9.5lb baby!!!  Amazing.  He was then and still is completely beautiful.  I love his enormous blue eyes and gigantic smile.

Our sweet boy slept in this morning until around 8.  I walked into his room and he had a huge smile on his face as if he just knew it was his birthday!  I yelled, “REYNOLDS!!!!  IT’S YOUR BIRTHDAAAAAAYYYY!”  And he looked at me, puzzled and said, “It Reynolds’ birthday!” hahaha.  I love that kid.

I took him to school late, mainly because I wanted to be certain that he felt ok and was up to going to play with his friends.  He was, so he went.

As I stated earlier, I went to the grocery store this afternoon to get our dinner fare – Reynolds is SUPER picky {….no comment…} but we have discovered recently that he likes risotto.  {I don’t even know…what kid likes risotto?!}  So I picked up a new container of risotto and some tilapia {for mommy and daddy}.  Then I went to Party City and had them blow up a few balloons for me that I could have in the car to surprise him with when I picked he and Eliza Jane up from daycare.

After picking up Lily, we went down to daycare to get her siblings.  I was told that R had a good day at daycare, thank the Lord; and he was SO excited and surprised when he saw his balloons AND Lily in the car waiting for him.

He sang “happy birthday” to himself on the way home – it was so stinking cute, I had to record him.  At home, daddy had dinner started and offered to pull up the stool so Reynolds could help him cook.  He loves to be right in the middle of it all, as it happens.

Daddy had picked up a 4-in-1 cake, so after dinner we sang “happy birthday” to him and let him pick which one he wanted – choices were carrot cake, german chocolate {OMG!!}, red velvet and chocolate {ganache?}.  He chose carrot cake and thought it was delicious!  “More?!” he requested.  He was so happy.

What a sweet little guy.

He’s now 3 feet tall, can say a slew of words and carry on a full-fledged conversation with you, loves to run and play outside.  Haircuts are not a favorite, but his sister and Lily are.  I hope the next two years don’t go by so fast, but if they do, I hope they’re just as fun! 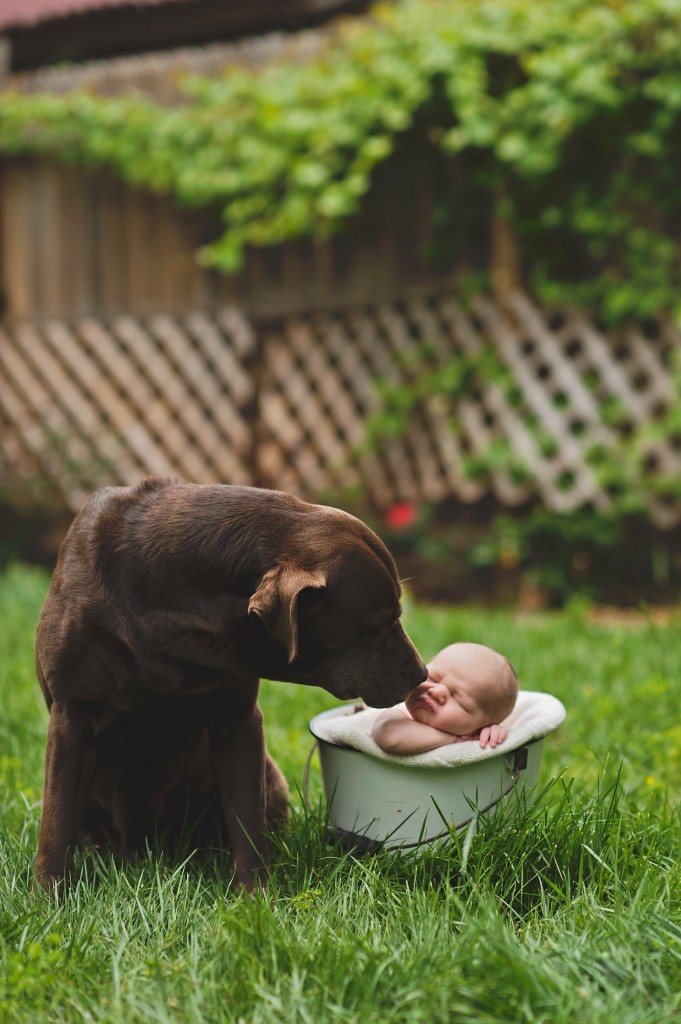