Some weekends we find ourselves wandering around town, trying to find something to do with the kiddos that’s either free or inexpensive.  We’re not cheap, just frugal 🙂

Often we end up at Lowe’s….which, in most instances, does not turn out to be cheap OR frugal!!! Especially if daddy is along for the ride {hehe}.

This past Saturday was like most.  Reynolds and Eliza Jane got up from their naps {wait, she didn’t even take one!!}, and we loaded them up and went to Lowe’s.  {That’s right, Eliza Jane fell asleep in the car, like SHE does on most Saturdays…}.

After perusing the sale aisle and then letting Reynolds drive Dada’s tractor, we decided that it was time to leave before we frivolously spent money on things we didn’t need.

Back in the car, Andrew looked at me and said, “What now?”.

He didn’t want to go home.

I didn’t want to go home.

“That’s exactly what I was going to say!”  He said.

So off we drove, to Woodley’s.

Woodley’s Garden Center has become one of my new favorite places…even though I’ve only been there twice, the first time was just a few short weeks ago.  It’s quiet, it’s pretty and it’s serene.

We pulled in, and after getting the kids in the stroller, we walked through the greenhouse.  Their plants are just so pretty.  Everything is beautiful.  The baskets are overflowing.

We made our way out to the Koi pond.

When we were there a few weeks ago, Andrew and I had both decided that Reynolds would love the Koi pond.

We pulled the stroller up to one of the edges of the pond and watched his eyes zig-zagging around, following the busy little {fat!} fish.  He squealed and hollered at them.

THEN, Andrew thought we should feed the fish! 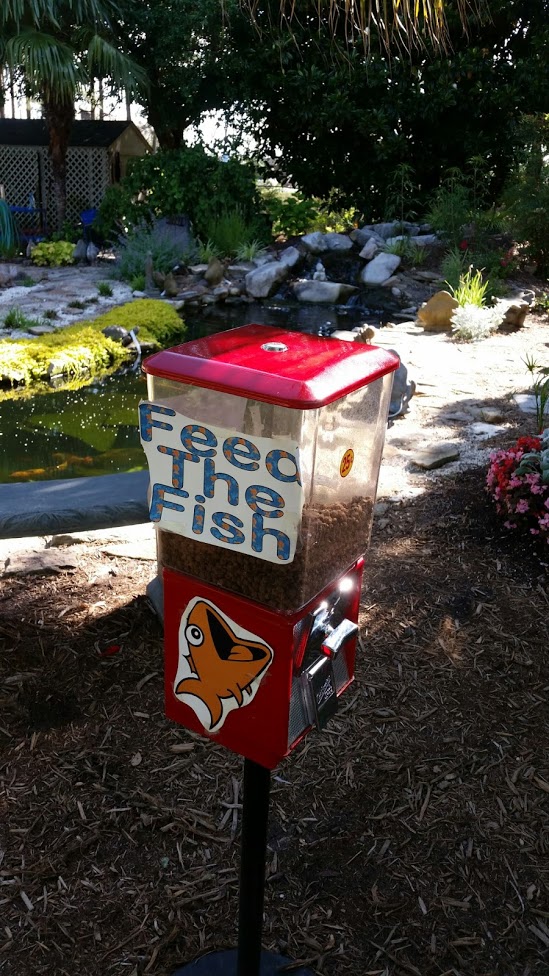 Just like those gumball machines…only 25¢ and you could get yourself a handful of fish food pellets! 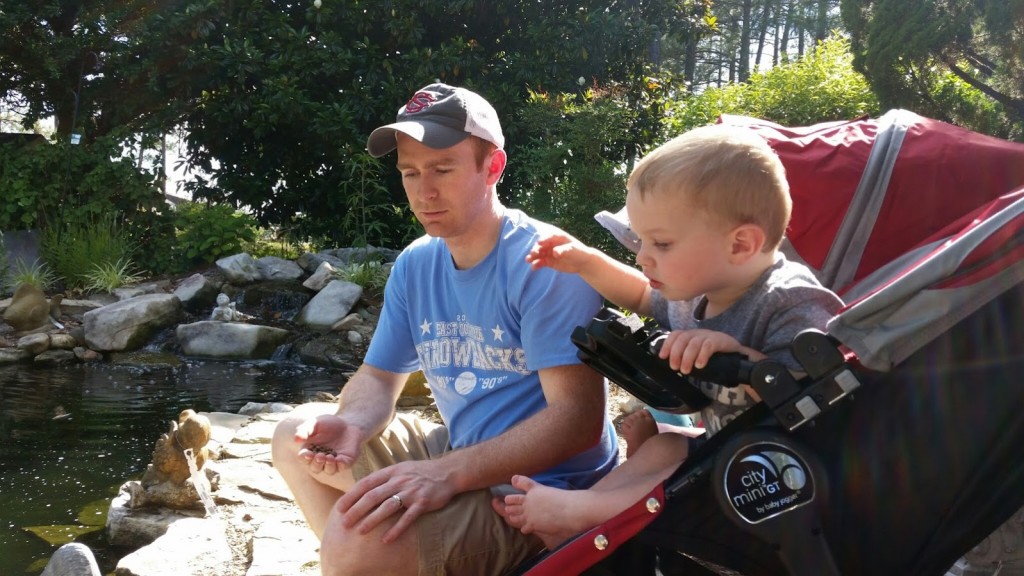 We have discovered that Reynolds has a mean right arm throw.  The left one…not so much – he hit me a few times with the pellets 🙂 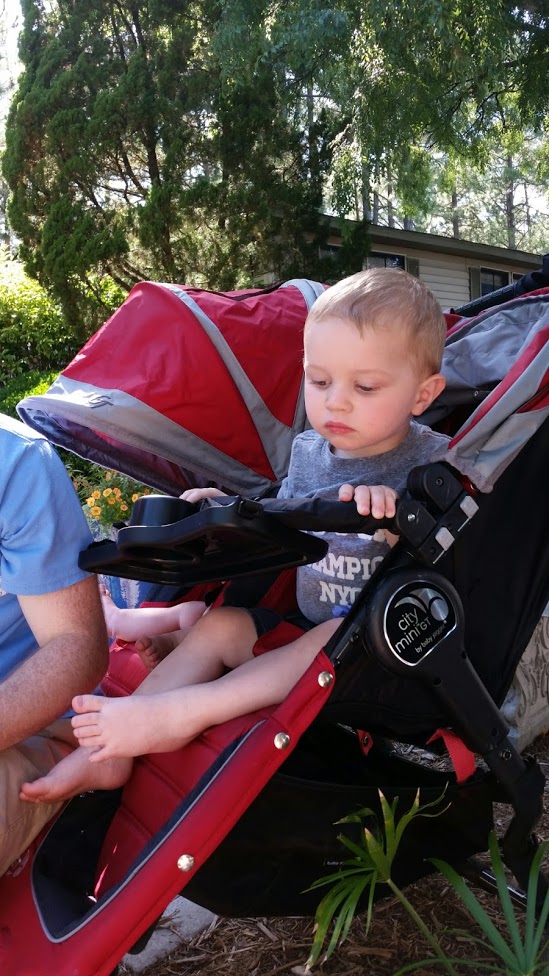 Yep, that one hit me in the leg and I was trying to find it so he could re-throw with his good arm! 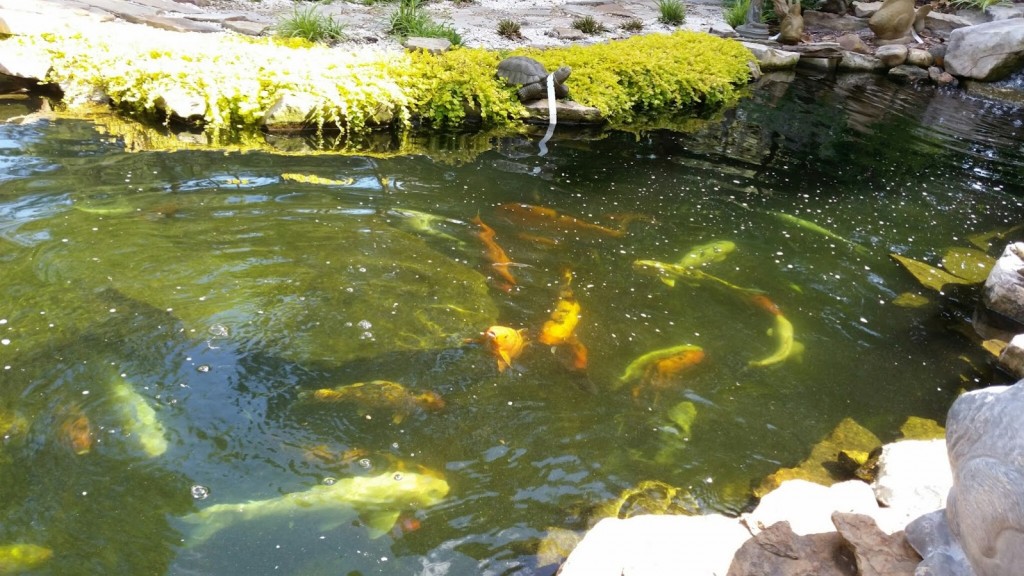 The fat Koi fish were happy. 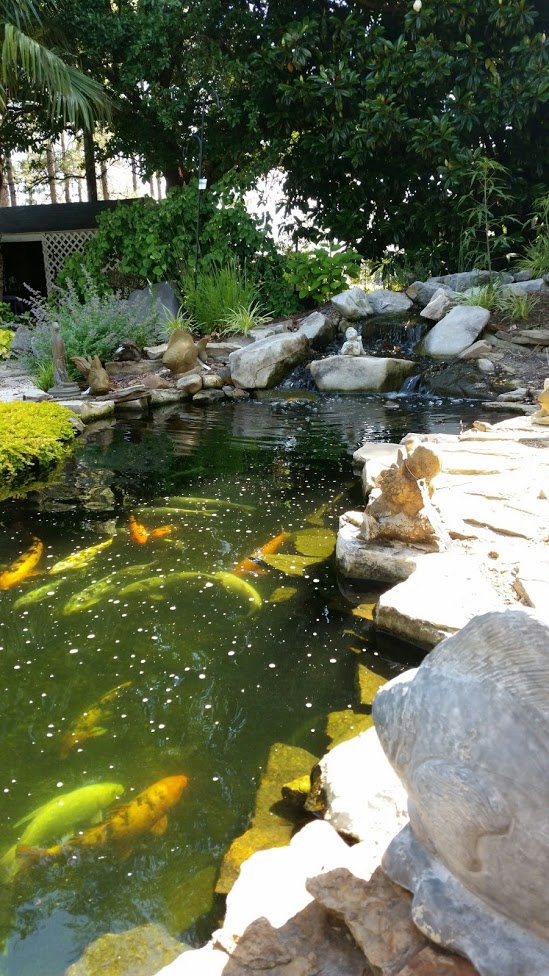 I think I could have sat there for an hour…even with Reynolds pelting me with fish pellets.

I hope you had a great weekend…doing something fun with your family!