Our nemesis is the ear infection.  Can I get an “amen” from some of the parents out there?

Man oh man have we had our share of them.  And now with two kids, it seems like we constantly have at least one infection going on which means someone is always on an antibiotic!

Well, Reynolds’ docs decided that enough was enough and while his sister is currently on prescript #2 in the last 3 weeks due to an ear infection…R got his adenoids out today.  And a brand new set of tubes in his little ears.

Lord willing, we’ll be done with Reynolds’ archenemy.  {I’m not even going to think about Eliza Jane for now.}

Our procedure was at the same place it was last year when he got his first set of tubes.  Godmom and sweet “aunt” Dana wasn’t there to love on him for pre- or post-op, but she did come by to drop off a goodie bag with a few balloons. 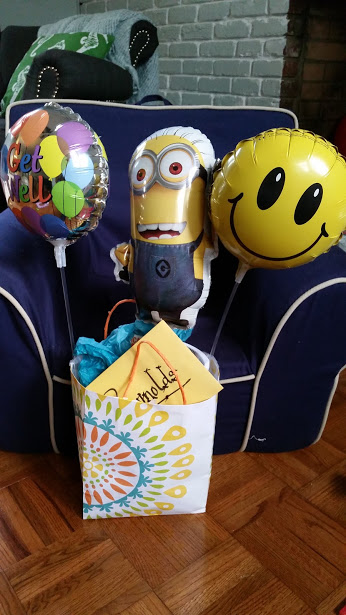 In pre-op, we played with some gloves and a little mask that one of the sweet nurses gave him. 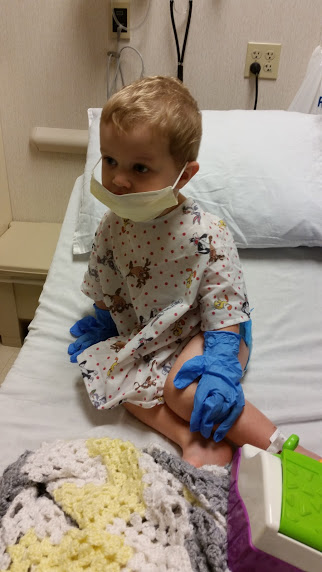 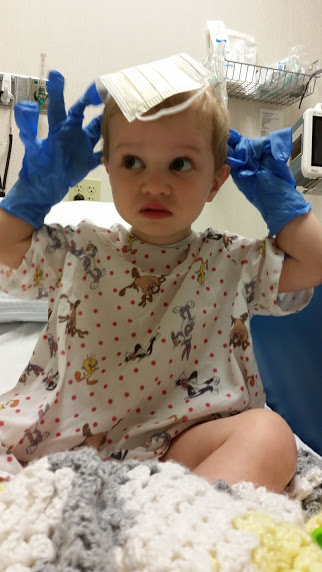 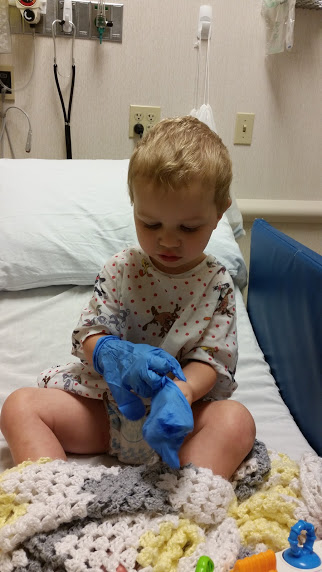 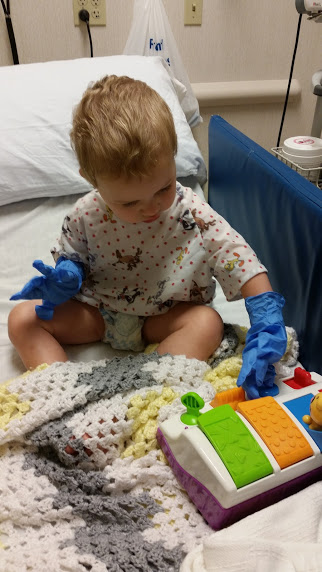 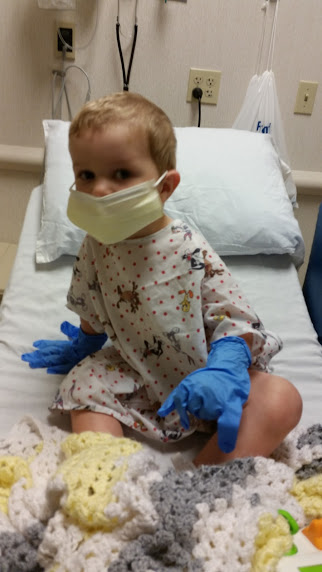 Who knows, he could be a future MD!

All went well and about an hour after he went back for his procedure, we were holding him in recovery.

I asked the nurse who was consoling and rocking him how he did.

“Do you want the truth?” she asked with a smile.  I knew he’d been feisty.  He was not happy when Mr. Mark took him from me to go back for his procedure and he was not happy waking up with these strange people around.

He came to me pretty quickly and by the time I sat down in the chair and got him wrapped back up, he was fast asleep.

He whined a little while we changed his clothes and by the time he was in the car, he was asleep all over again. 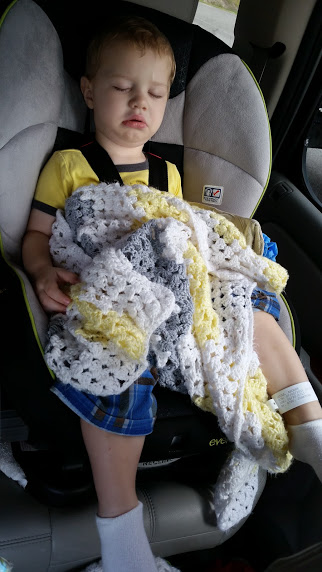 I knew he would be fine…but there’s always a small part of a parent that worries….

When we pulled into the garage he said, “take a nap.” 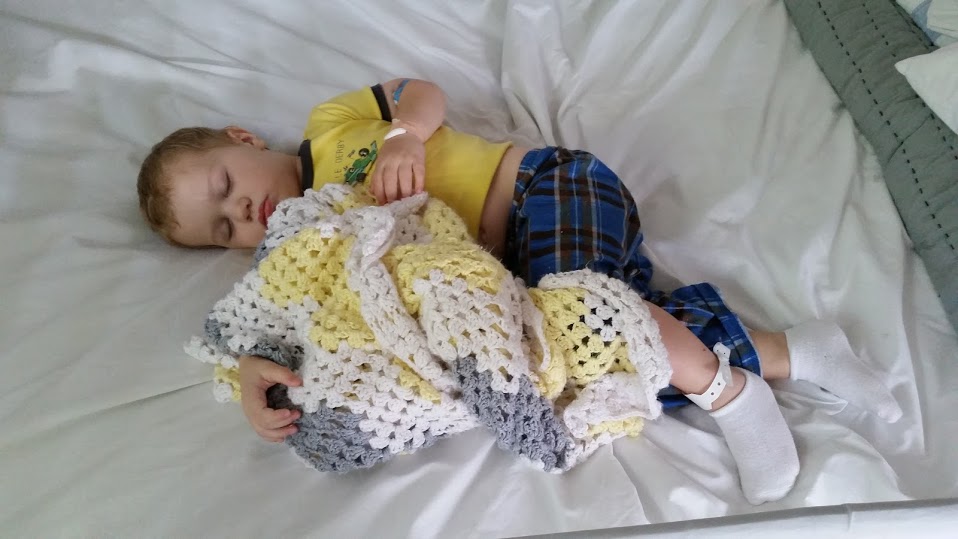 He’s now resting in his bed.

We are thankful for Dr. King, the nurses at the surgery center and the sweet friends and family who have and are praying for our little guy as he recovers.