When Reynolds was born I realized the few lullabies I actually remembered…  I mean, after 30+ years of not singing them on a constant basis, who does?!

There was one night, I remember it pretty clearly, that I was rocking him in our den praying that he would just give.it.up. and go to sleep.

He was a wee baby then.  And  y’all know that some nights the little ones just need to be held and sung to…and eventually they just give up the fight.

Well, I was rocking him and trying desperately to find a lullaby in the back of my head to sing to him to get him to go to sleep.

The only song that came to my mind that night was a song I learned at camp one year:

I love you Lord

And I lift my voice

In what You hear

May it be a sweet, sweet sound 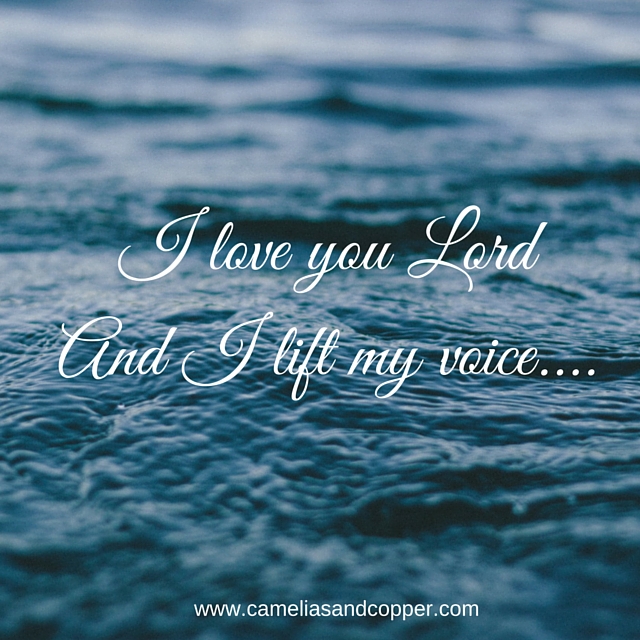 I would have given you a youtube video to listen to it, but golly, all the versions there are so bad…the music is from the 80’s, which I’m sure is when I learned this song…

But I sang it to him over and over and he finally went to sleep.  It’s the one song that I can always remember, even now, when I’m rocking Eliza Jane to sleep – even tonight.

She was a lunatic.  Screaming her head off, for what, I have no idea.  But I grabbed that little girl from her crib, pressed her head against my neck and started singing to her and she immediately relaxed.

Maybe it’s me, maybe it’s the sound of her momma’s voice…maybe it’s the words.  Maybe it’s all of it combined, but there is a peace that comes over both of our kids when I sing that song.  Even at 2 1/2, for Reynolds, he gets quiet and snuggles up to me.

My lullaby of choice isn’t just for my kids…it’s also my way of praising the Lord for all that He has given me.  In everything, we worship Him.

This is my uncommon lullaby.

Do you have a lullaby that you sing your kiddos?