Today is my big brother’s birthday…YAAAAAAAAAYYYYYYYYYYYYY

If I could throw confetti all over him, I would!!! But then he would probably punch me in the gut.  I’m sort of kidding. 😉

For one whole week, my parents had 2 kids, not twins, both under 1.  Bless their hearts.

Anyway, so back to the deal.  For one week every year we are the same age.  It was quite the mystery to us as kids.  How exactly does this work, we would wonder.  That he’s the “big” brother…but then we were the same age…and then he was the big brother again??

I didn’t really care about the logistics of HOW it worked…what mattered to me as the smaller, younger sister, was that this was the only week, every year, in my life that he didn’t try to beat me up, sit on my head or otherwise try to pummel me to the ground.  {All other little sisters to big brothers TOTALLY get what I’m saying here!}

{Wesley, I really do love you and have lots of very fond memories of our childhood together!!!}

That one week though.  It was like some sort of miracle.  It was as if I had this magic bubble that surrounded me for one whole week.  He didn’t even want to touch me…not a finga!

These are two favorite pictures I have of us together…the one of us as babes – he was 18 months, I was 6.  And then at my wedding…you can tell his personality is just as wild and crazy as mine 🙂 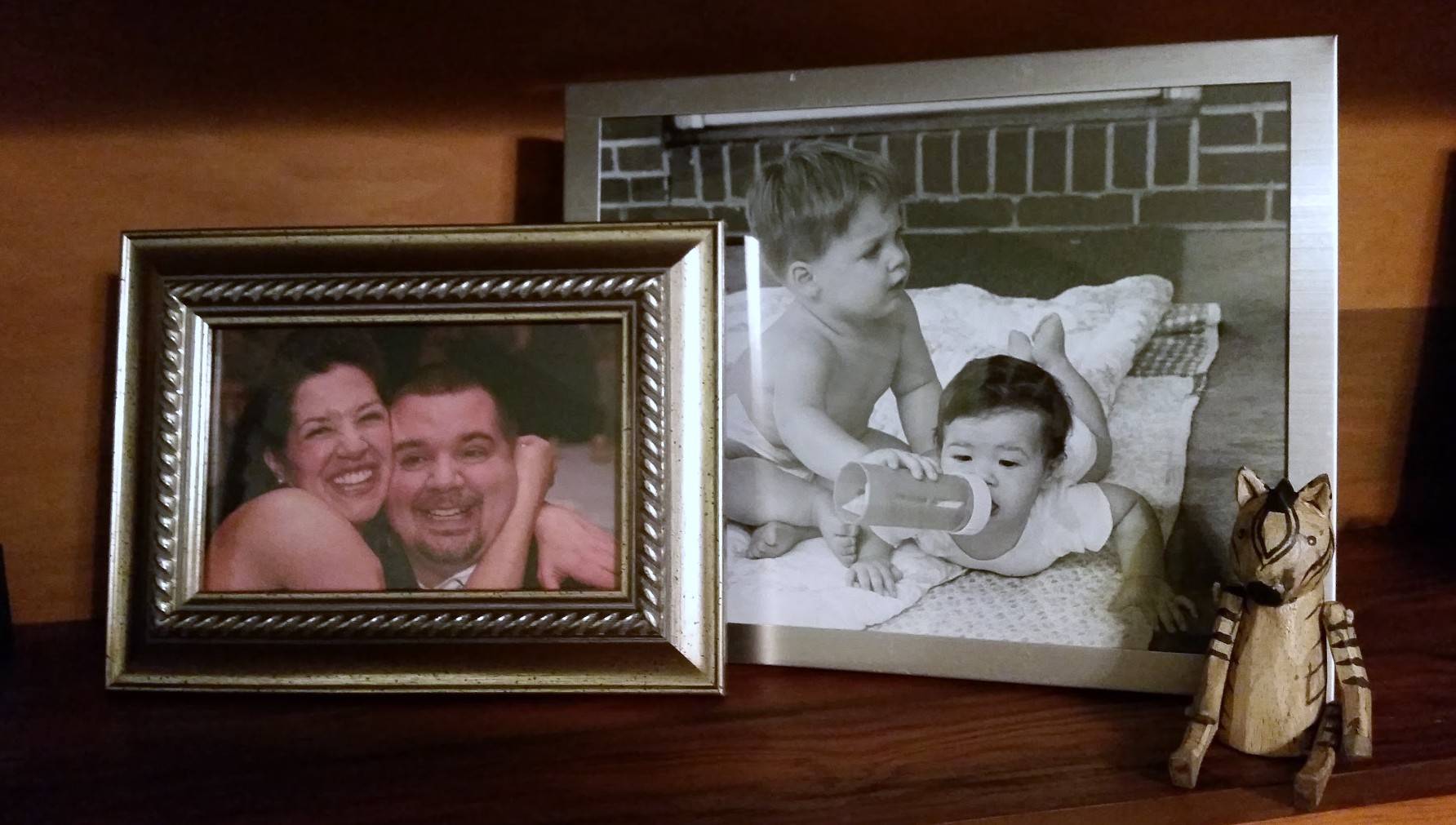 So happy birthday to my big brother…who punched a kid in the face for knocking me off my bicycle on the way home from school one day….who almost shot me in the head with a BB gun…and who blamed me for a lot of things as kids…  He also loved me like a big brother would…he let me tag along with all of his friends, even though I was one big cootie to them all…  He even let me drive his Mustang one night…

Wesley, I hope you’ve had an amazing birthday.

{Columbia friends! Don’t forget about the Muppets this Sunday!}