Since this is part 1 of a 3-part series, I have to take y’all back in time just a wee bit.

About a month ago {give or take a week or two}, Andrew let me know that as part of his wine class, he was going to have to go to a vineyard in NC for a weekend.

“The heck you are, without me,” I thought.  And may have verbalized.  😉

He told me I could go {he knows what’s up} so we sort of made this his birthday weekend celebration.  {His birthday was last Sunday}

When we initially talked about the weekend, planning and all because I’m a planner, I commented, “We should totally rent a convertible, if the weather is going to be nice.”  Bonus was that the weekend we were going to be at the vineyard, there was also going to be a British car show…so of course we had to arrive in style.

The weather was looking to be amazing so Andrew took his happy birthday-celebrating-self down to the airport Friday afternoon to inquire about a convertible.  Earlier in the week when he called the rental companies, they told him that his best bet was to make an appearance at the airport on Friday.  So he did.  At the time he went there were several available and since the price was for 48 hours he opted to return later in the evening to ensure we would have plenty of time to return it Sunday afternoon, as we came back into town and picked up our kiddos.

Dana, DJ and Brynn came over for dinner Friday night and shortly thereafter, Andrew and DJ went to pick up our convertible.

Saturday morning, bright and early, we were up, prepping the kids’ stuff for the day/weekend and getting ourselves ready.  The goal was to leave town by 8:15 a.m. 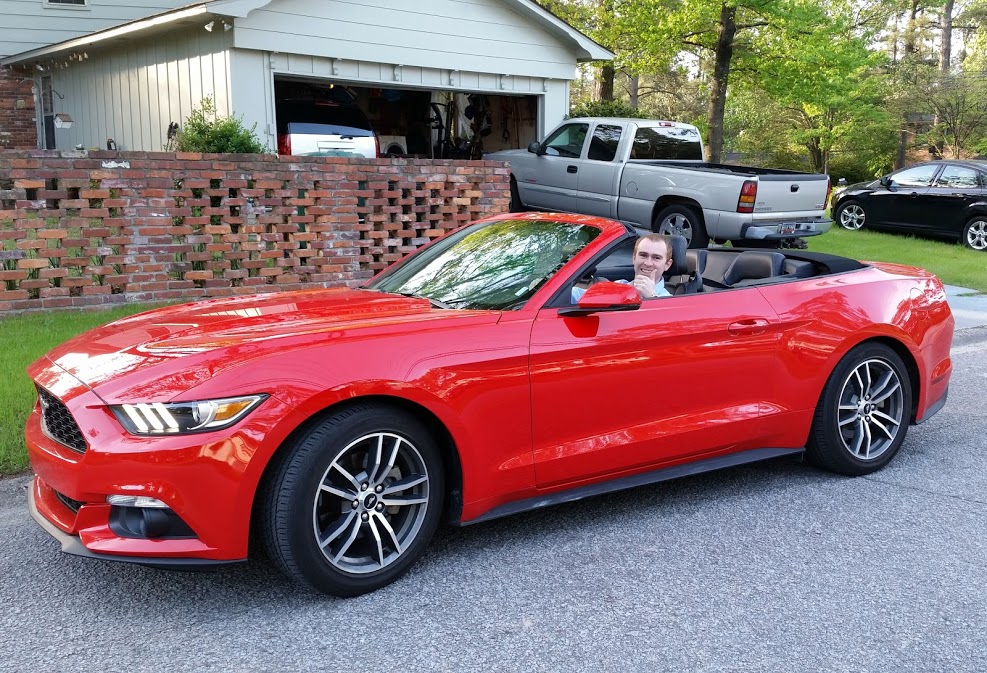 About two and a half hours later we were pulling into the gates of Shelton Vineyards in Dobson, NC. 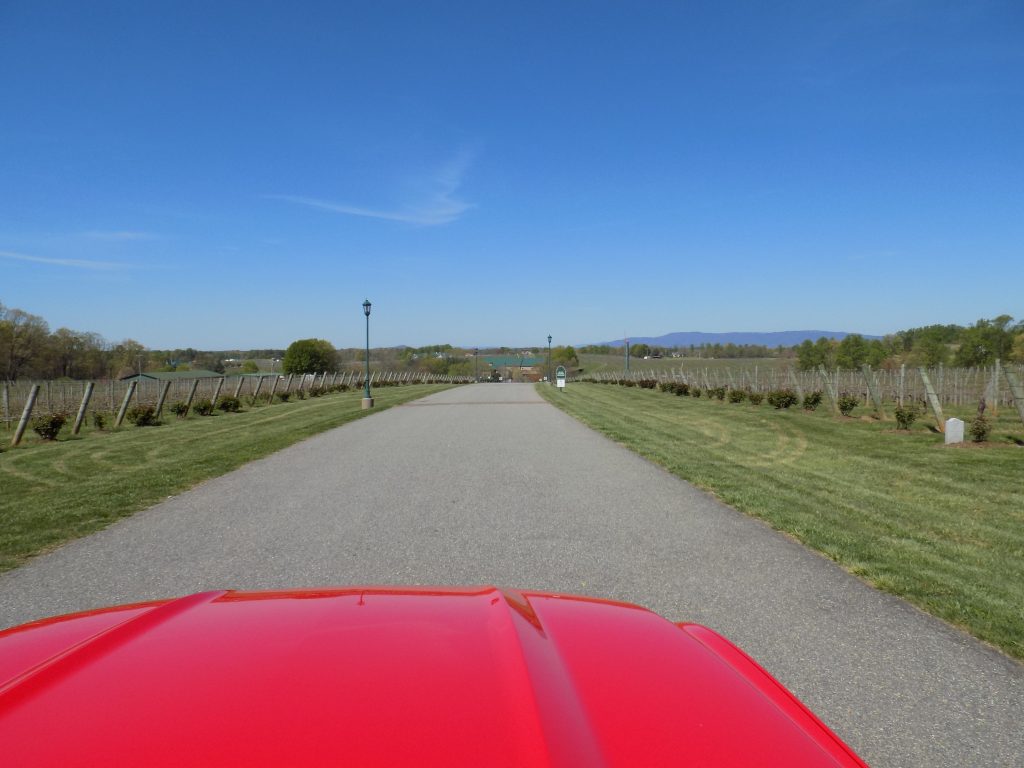 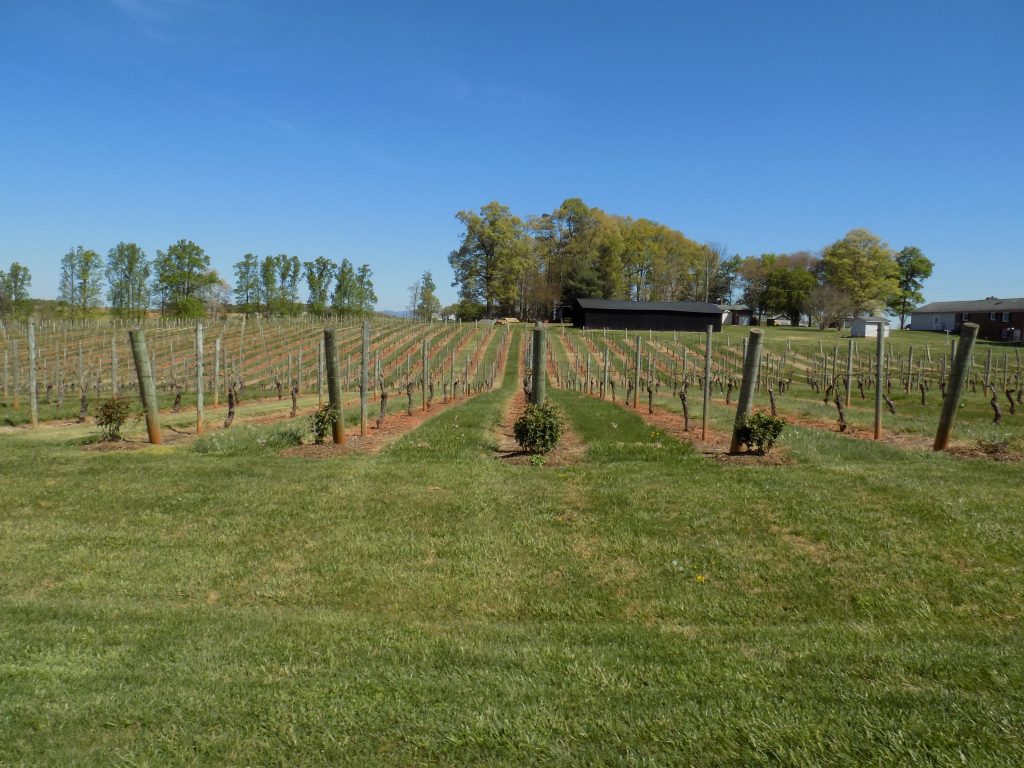 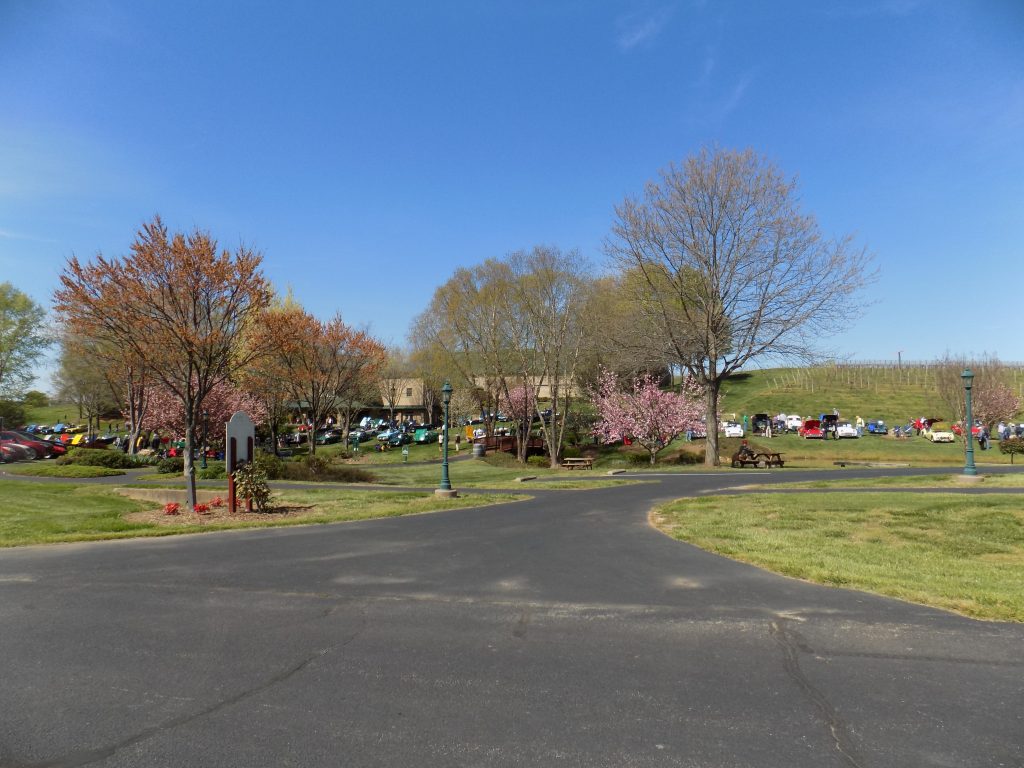 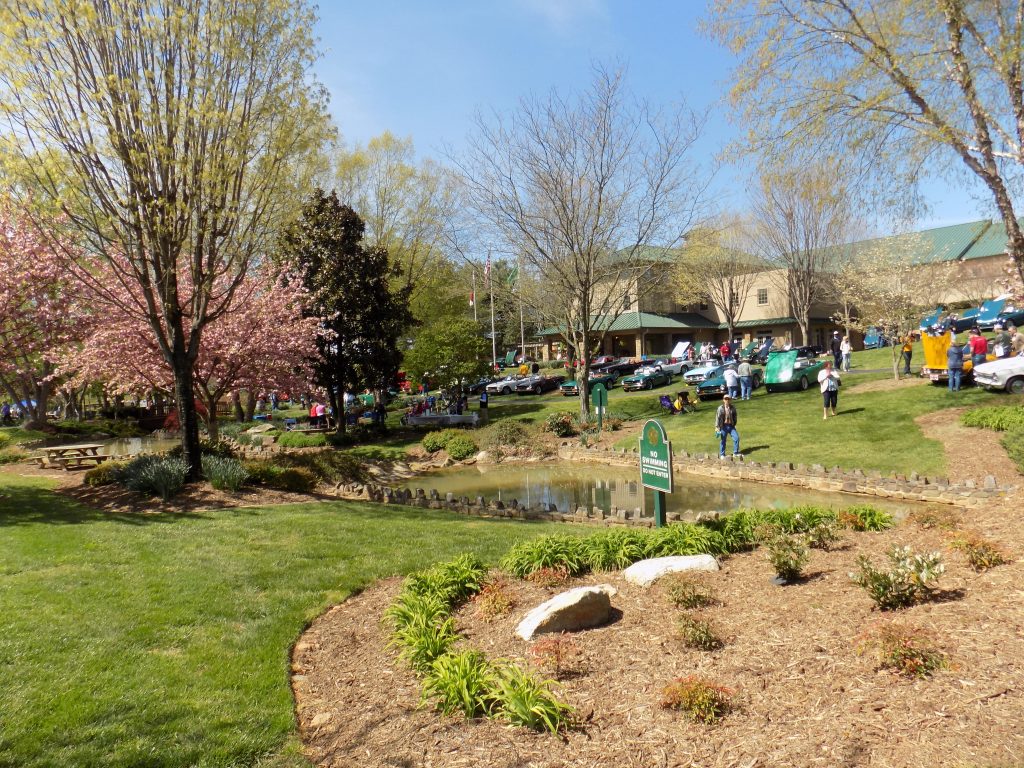 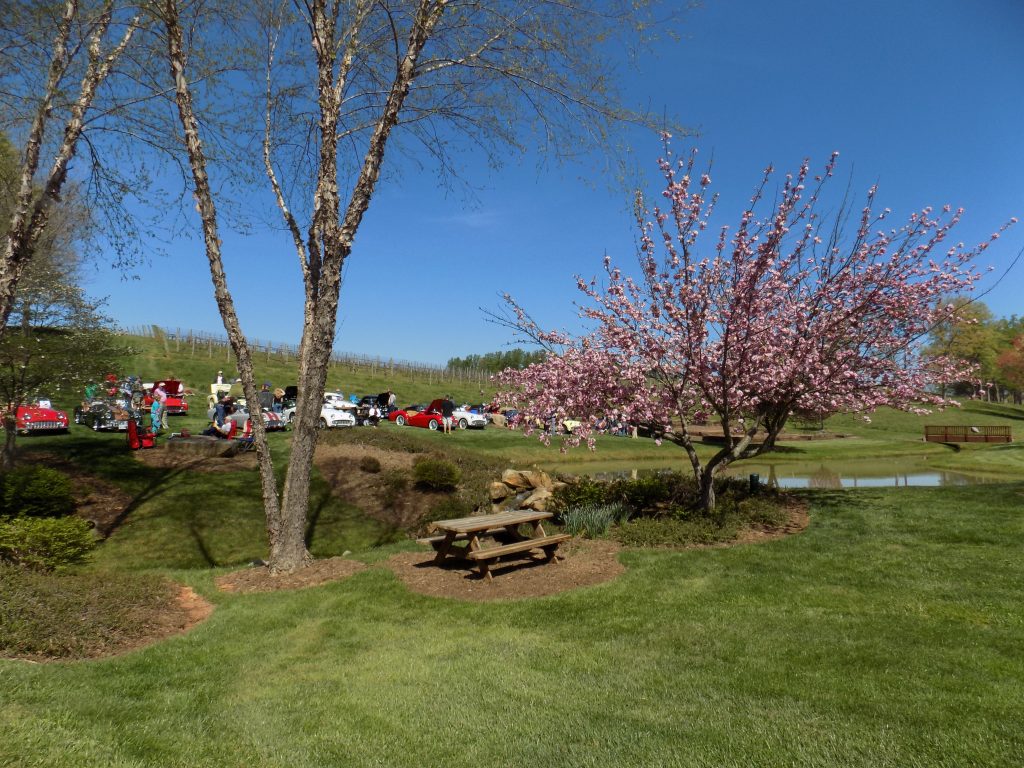 It was so beautiful and picturesque.  The grounds were perfectly manicured, with all these fantastically well-kept cars perched  on the hills.

We had about ten minutes from the time we drove in, until our lunch with Andrew’s class so we made the most of it checking out all these beautiful vehicles. 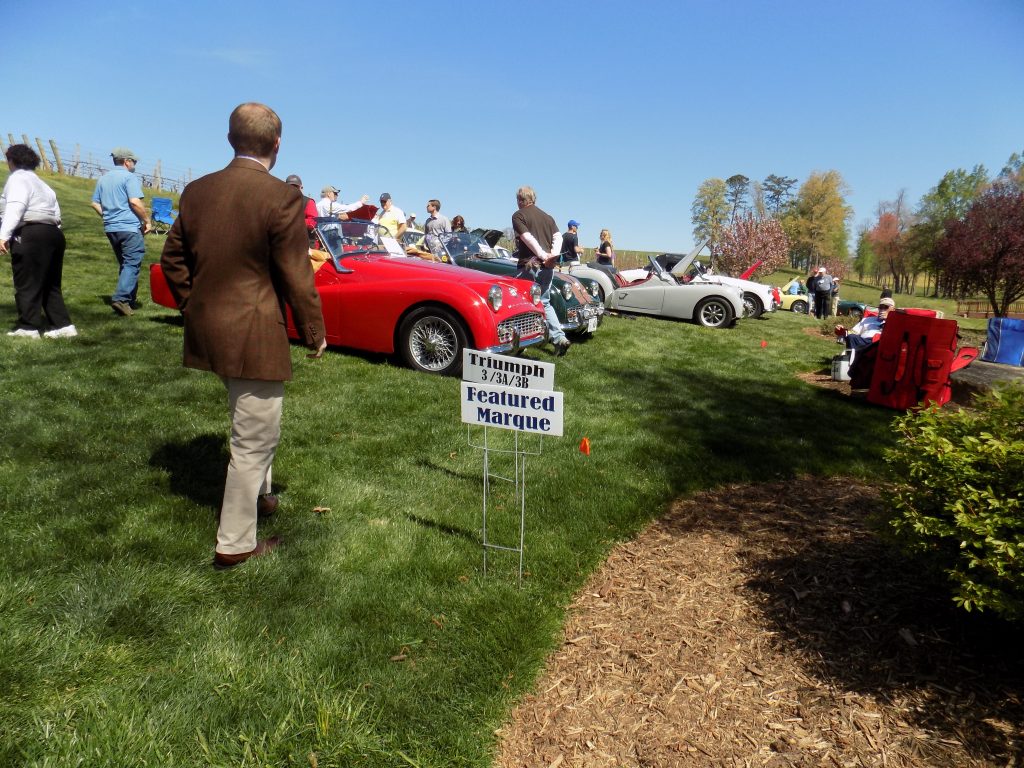 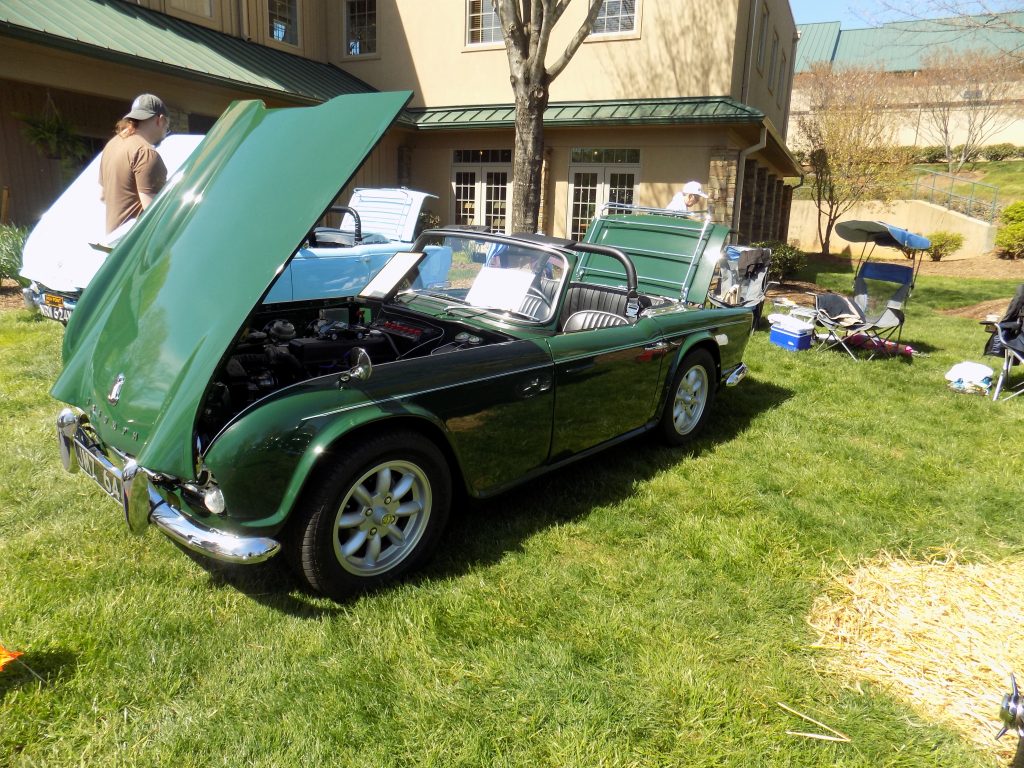 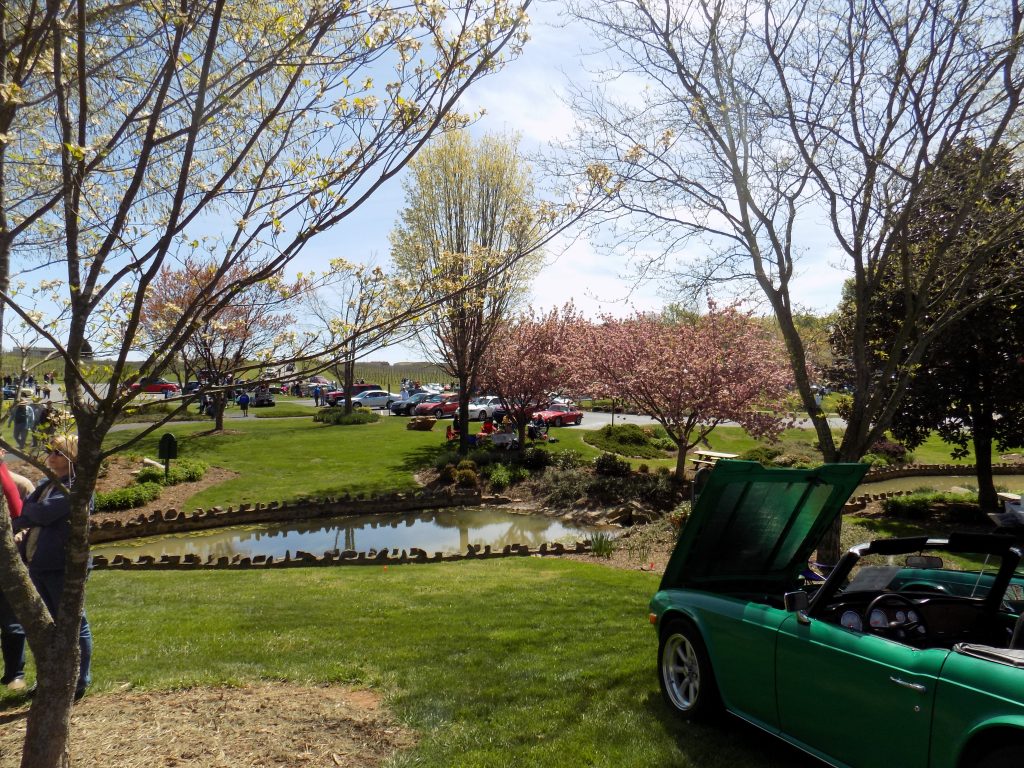 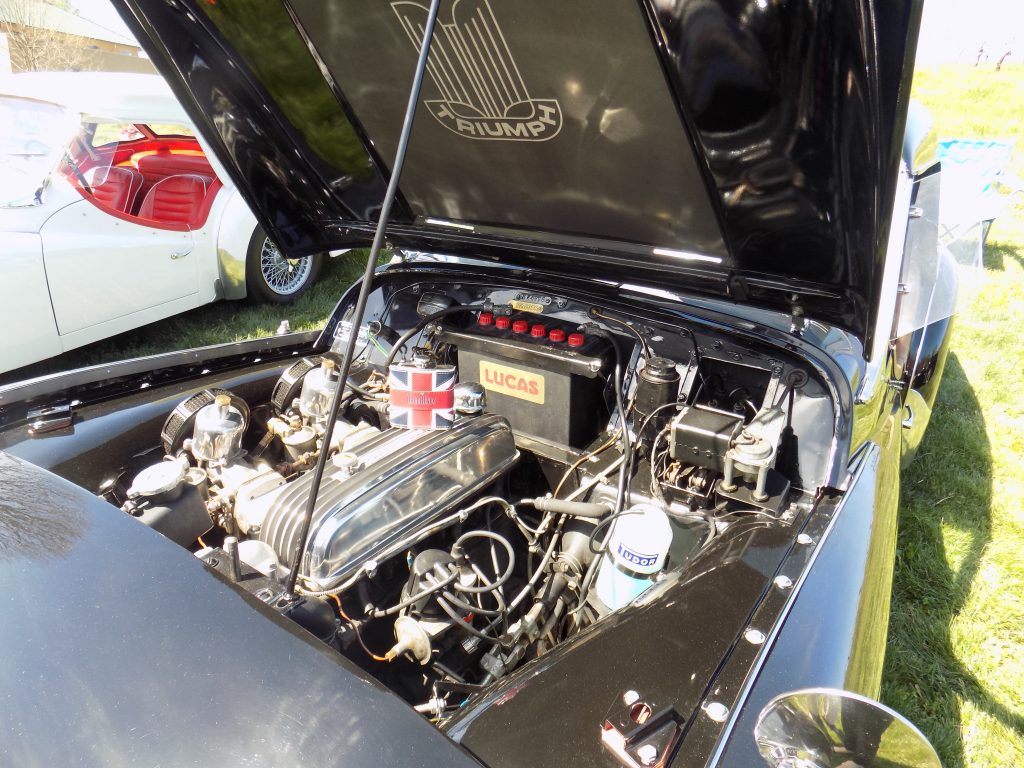 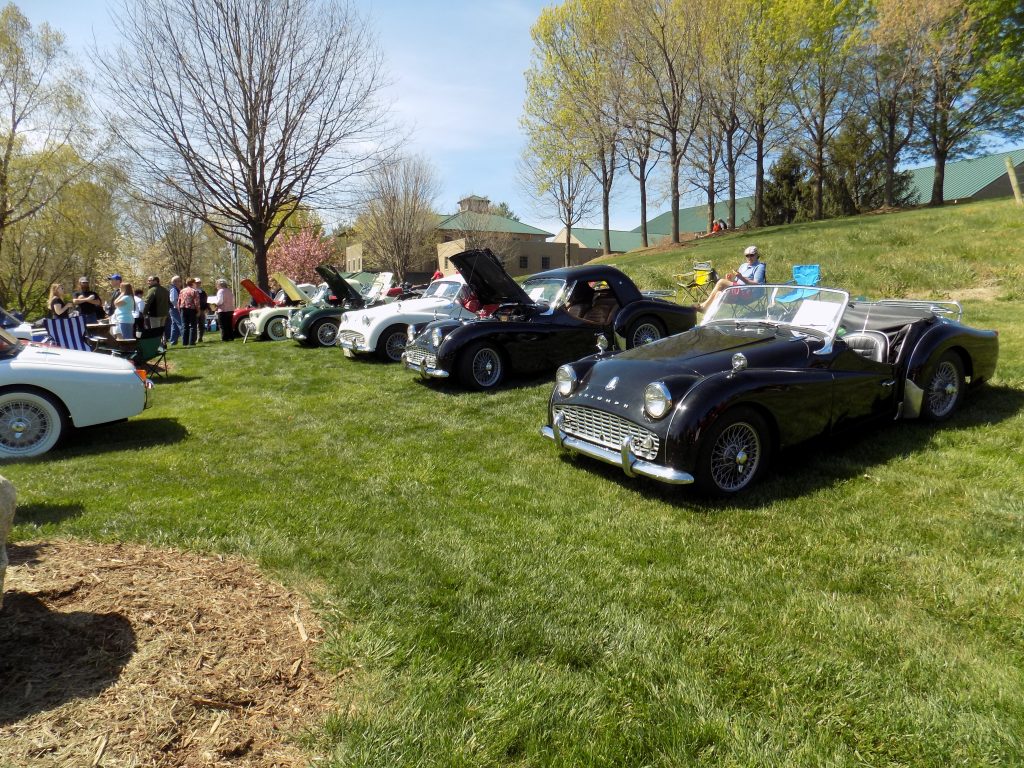 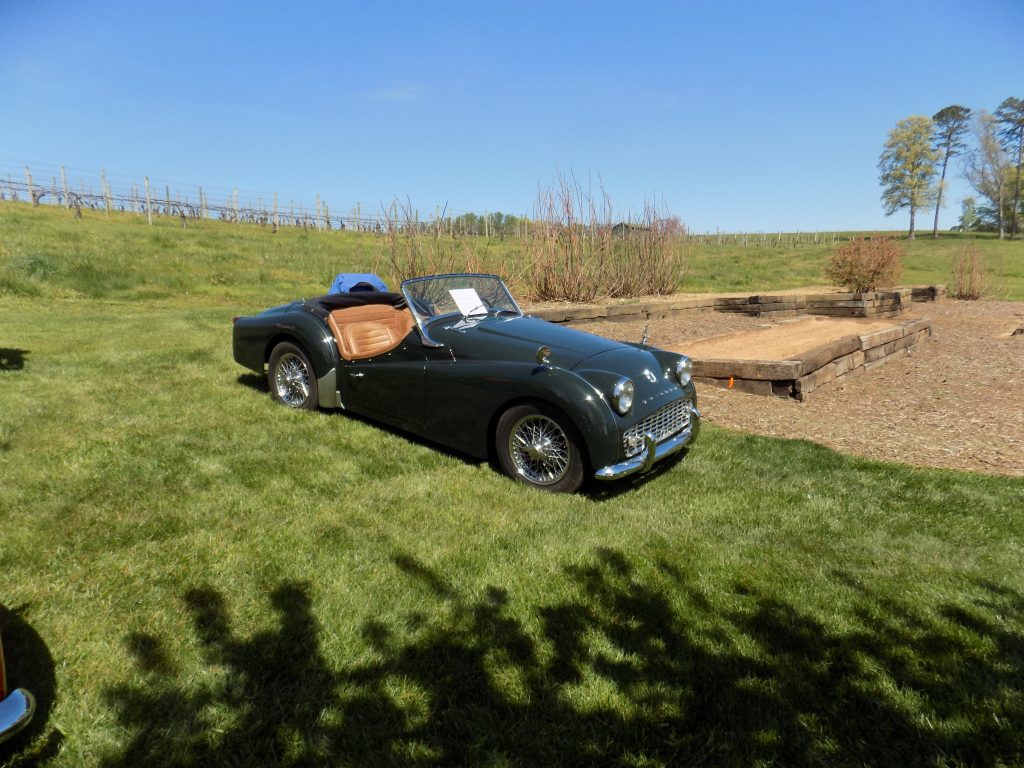 Andrew and I often have conversations about the type of “Sunday driver” we want to own…  I have changed mine now to a Triumph convertible!!  This is the COOLEST car! 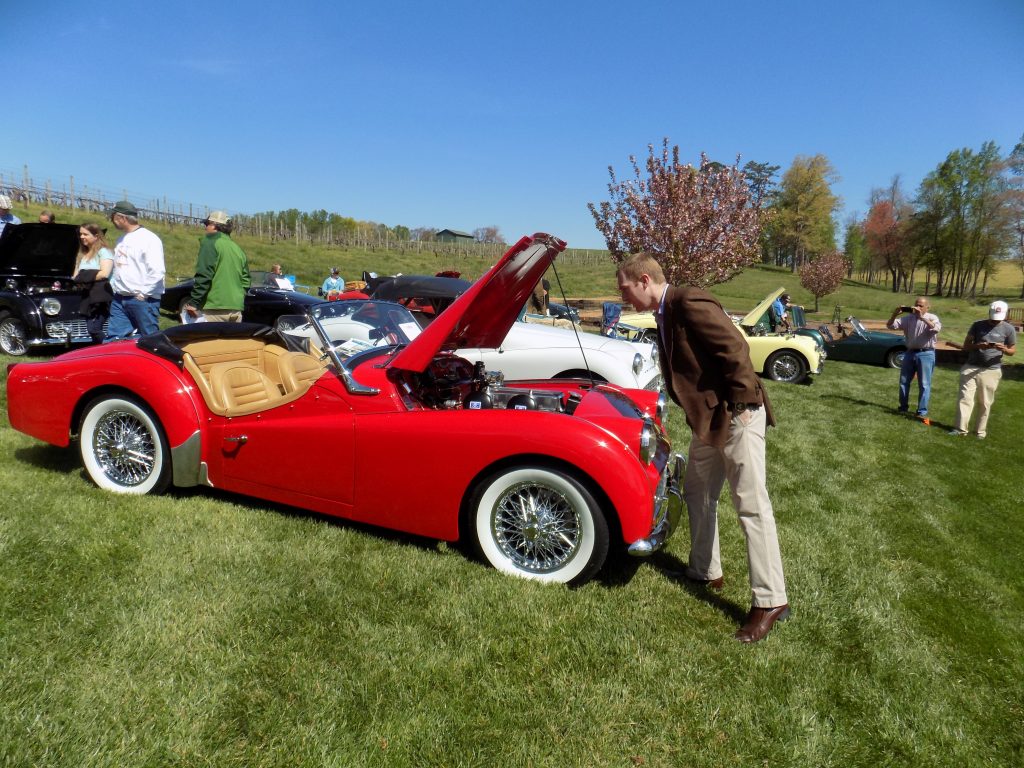 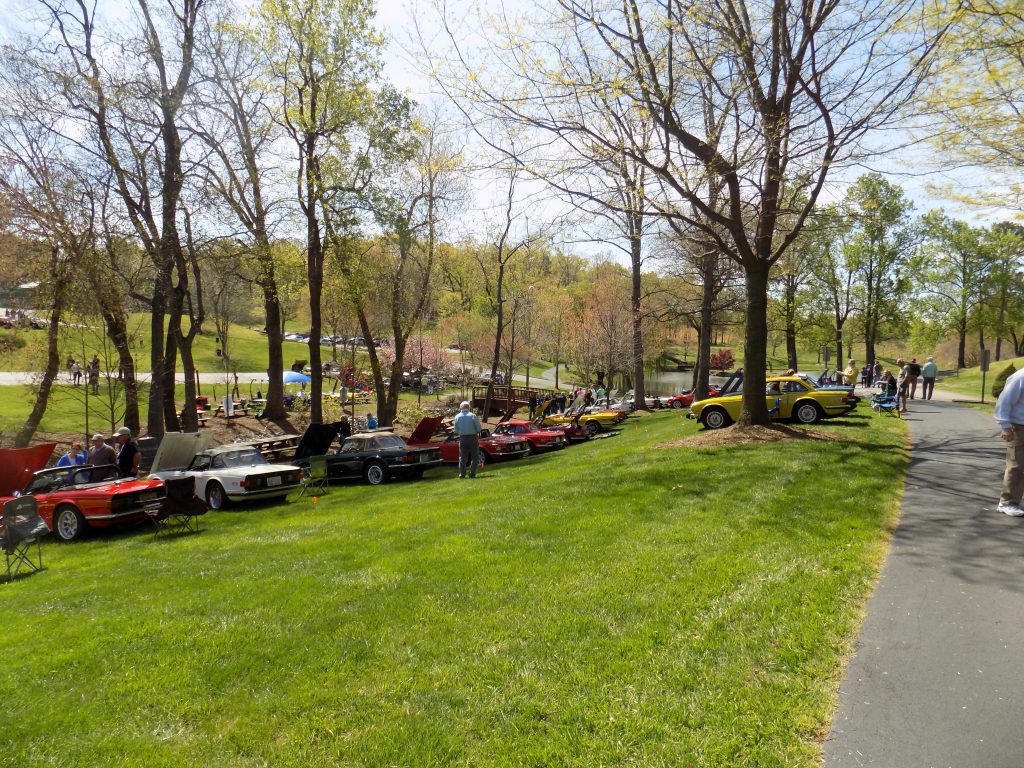 When I tell y’all that the grounds were gorgeously immaculate… 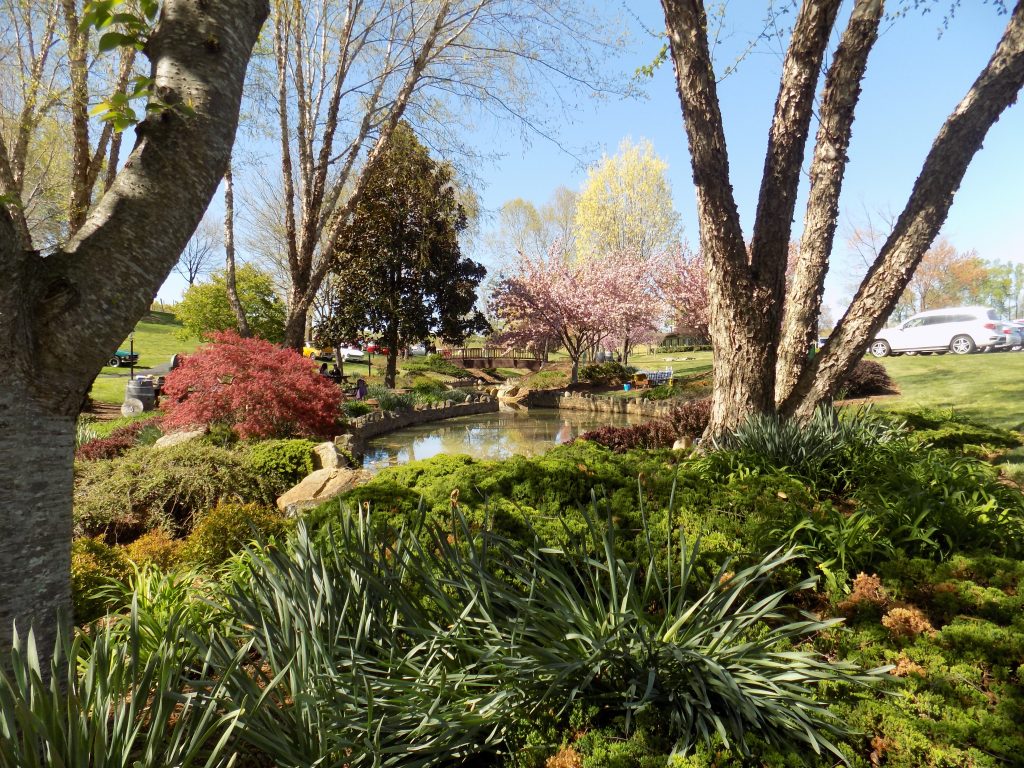 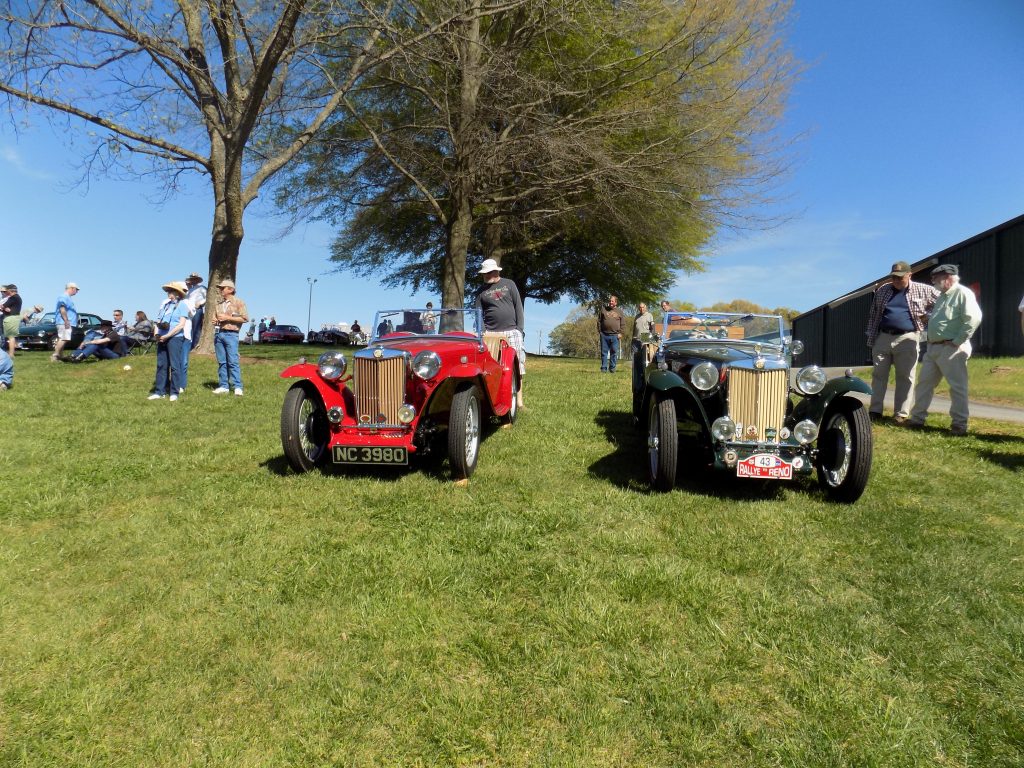 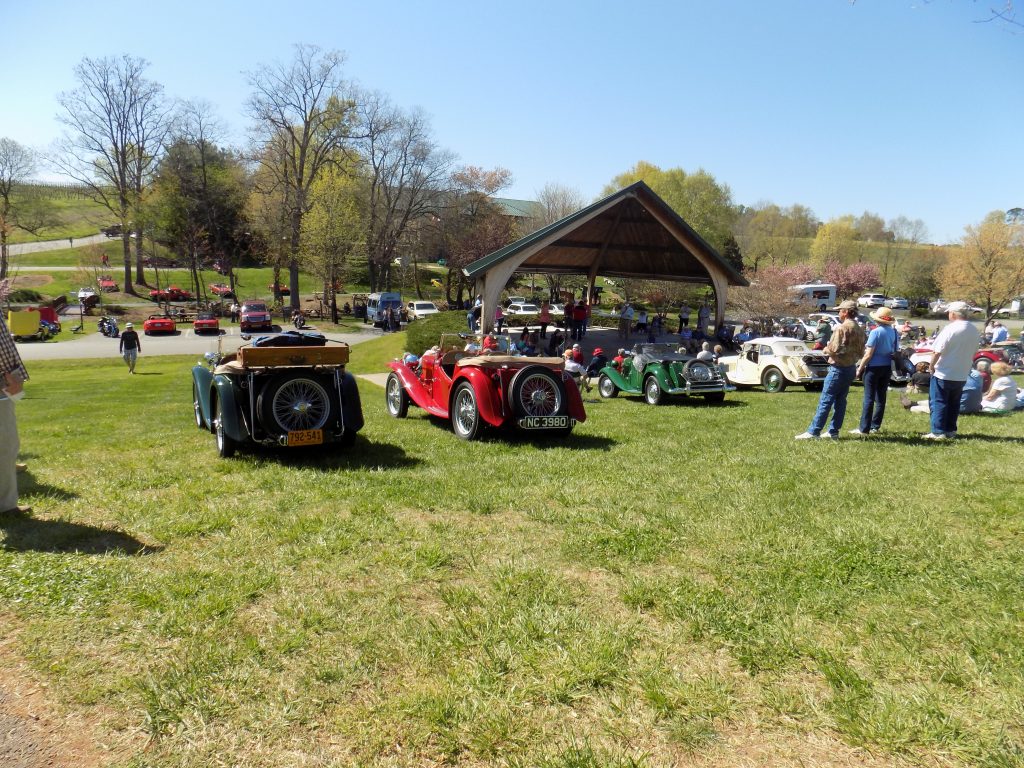 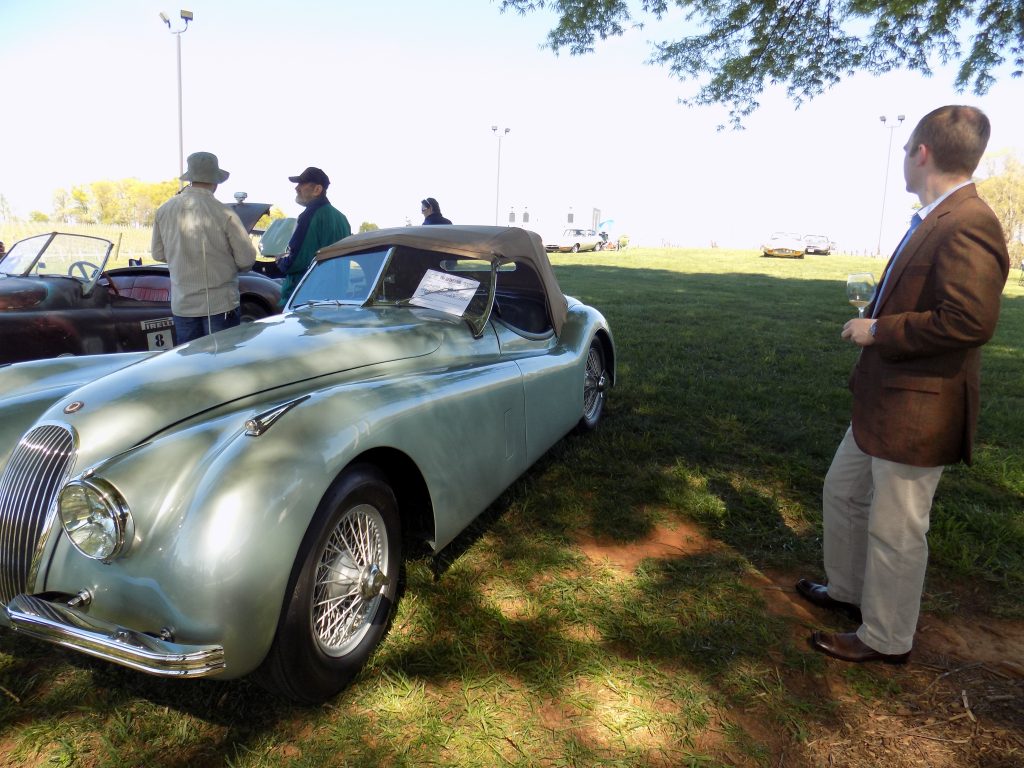 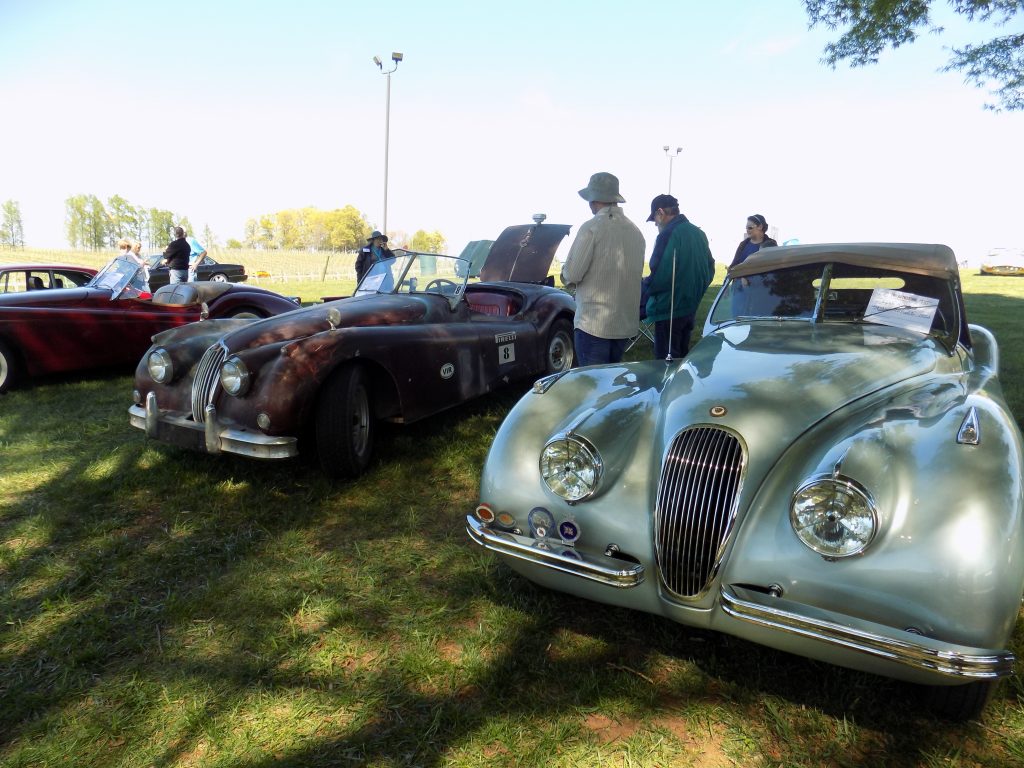 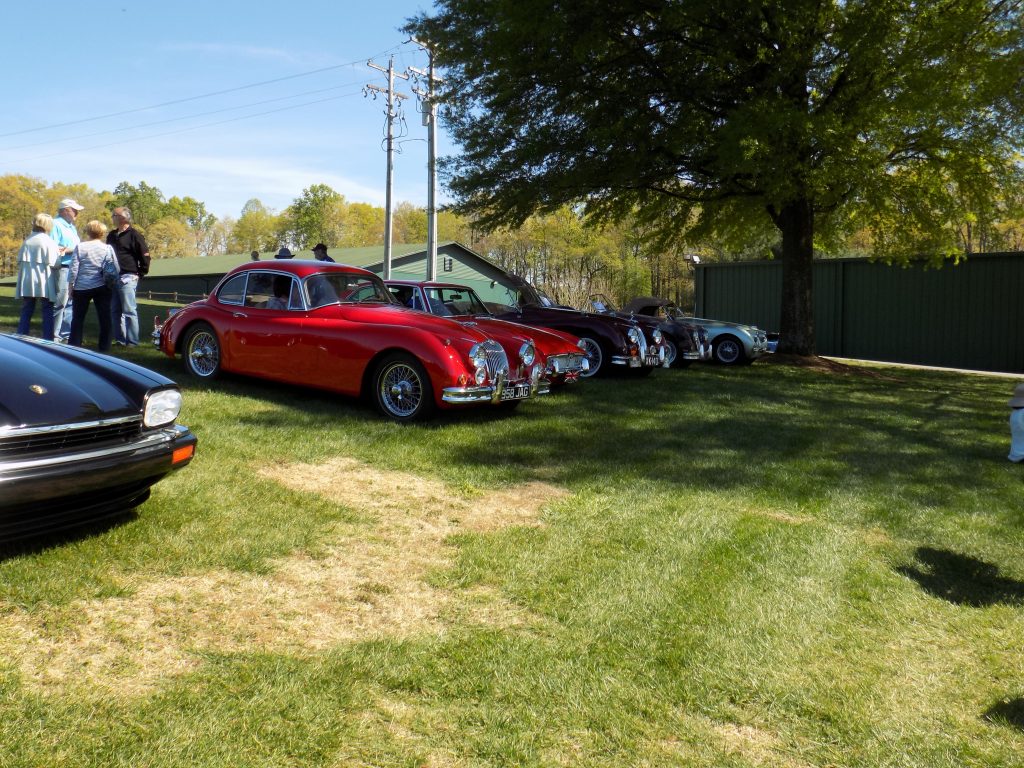 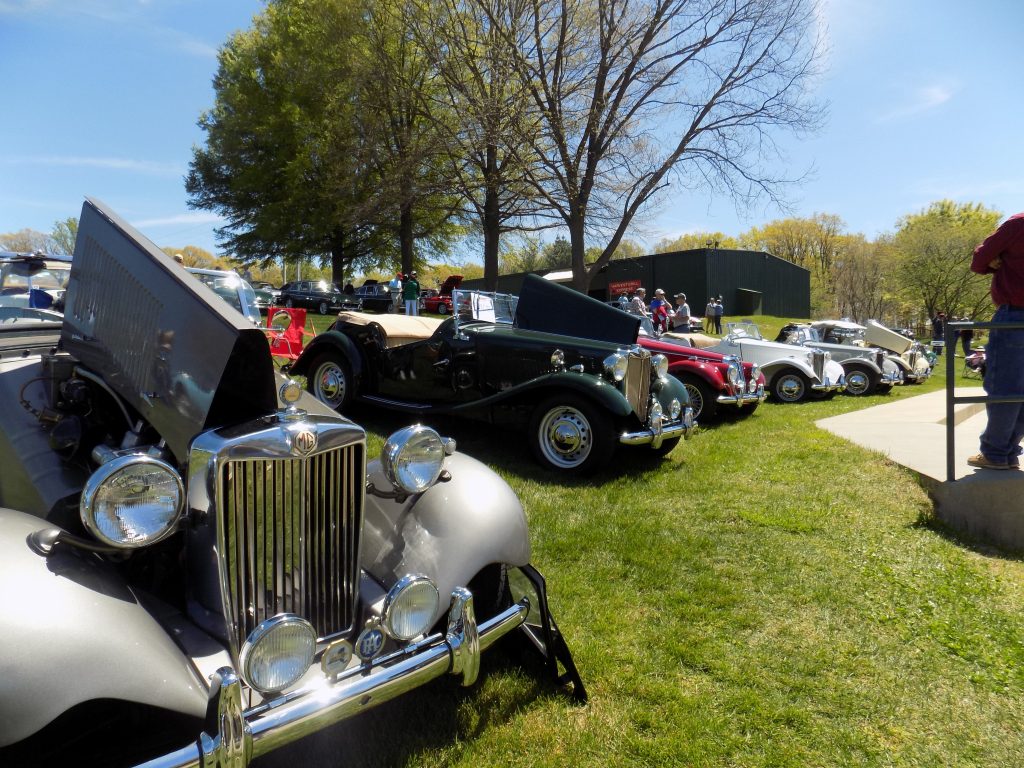 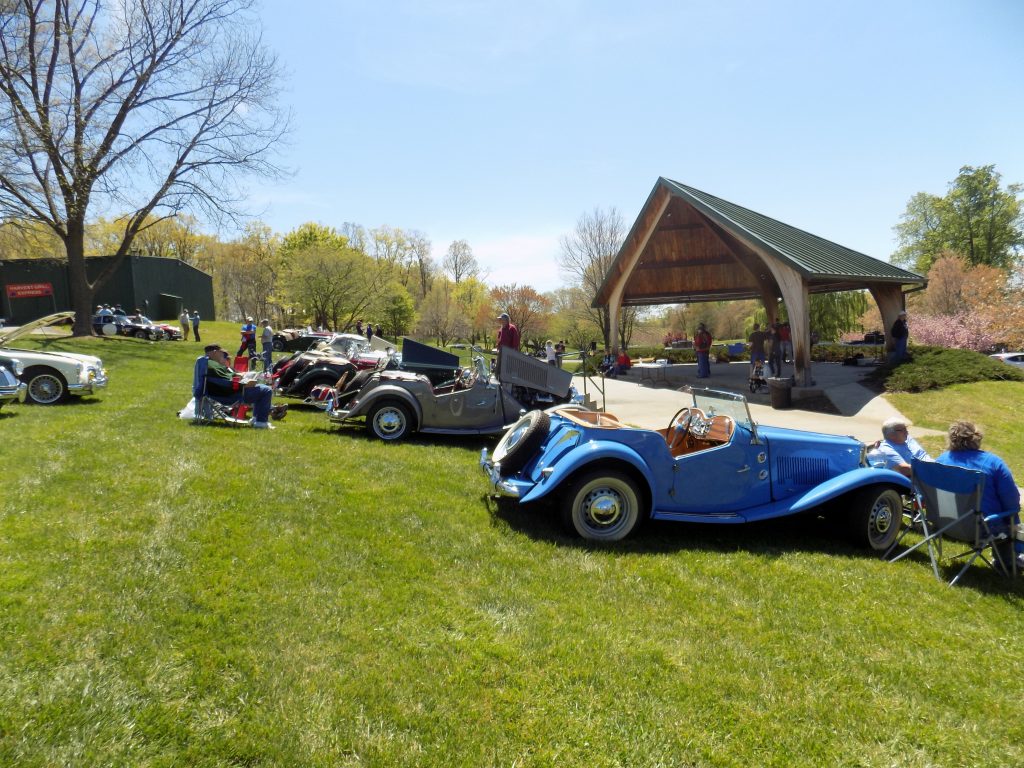 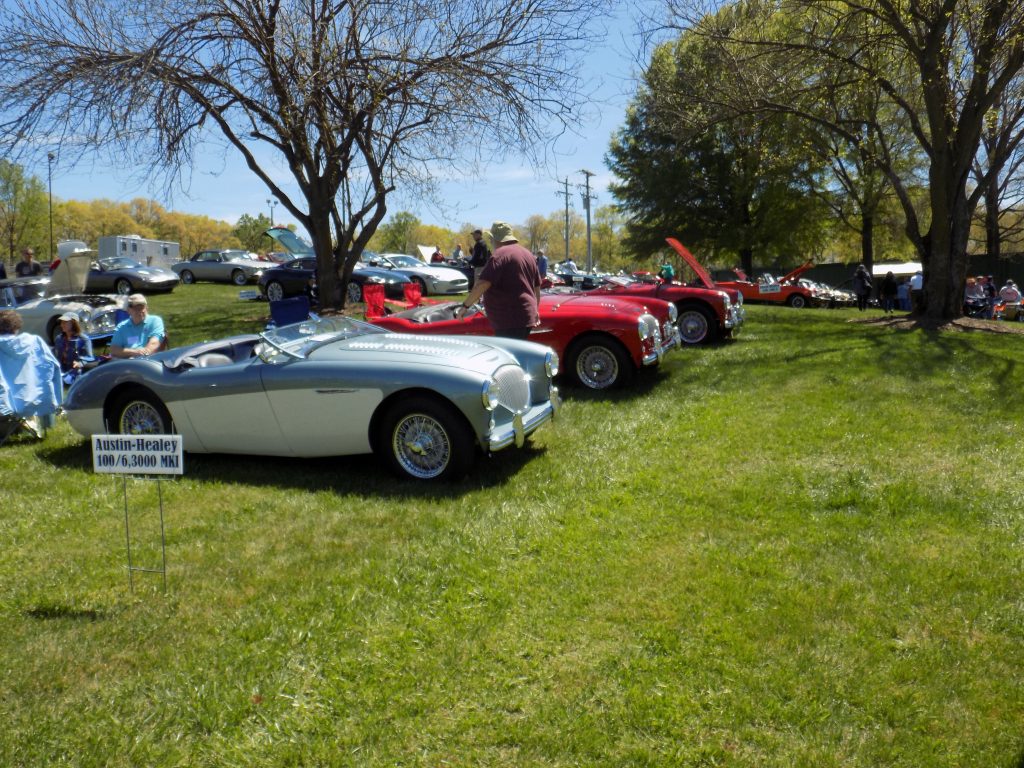 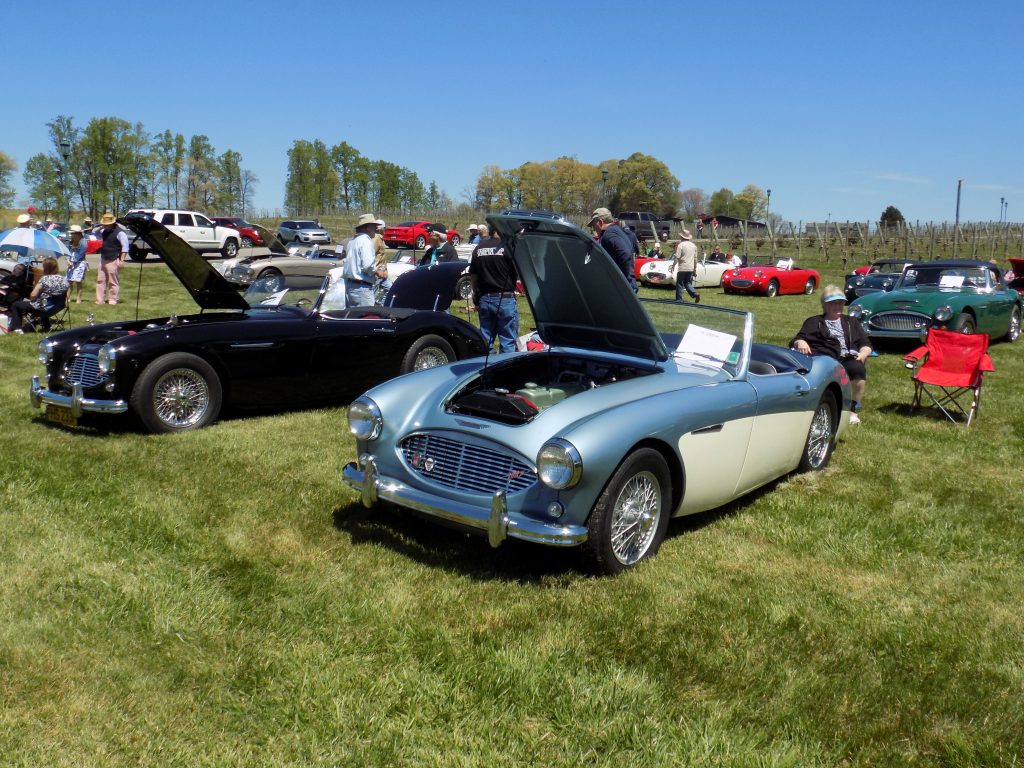 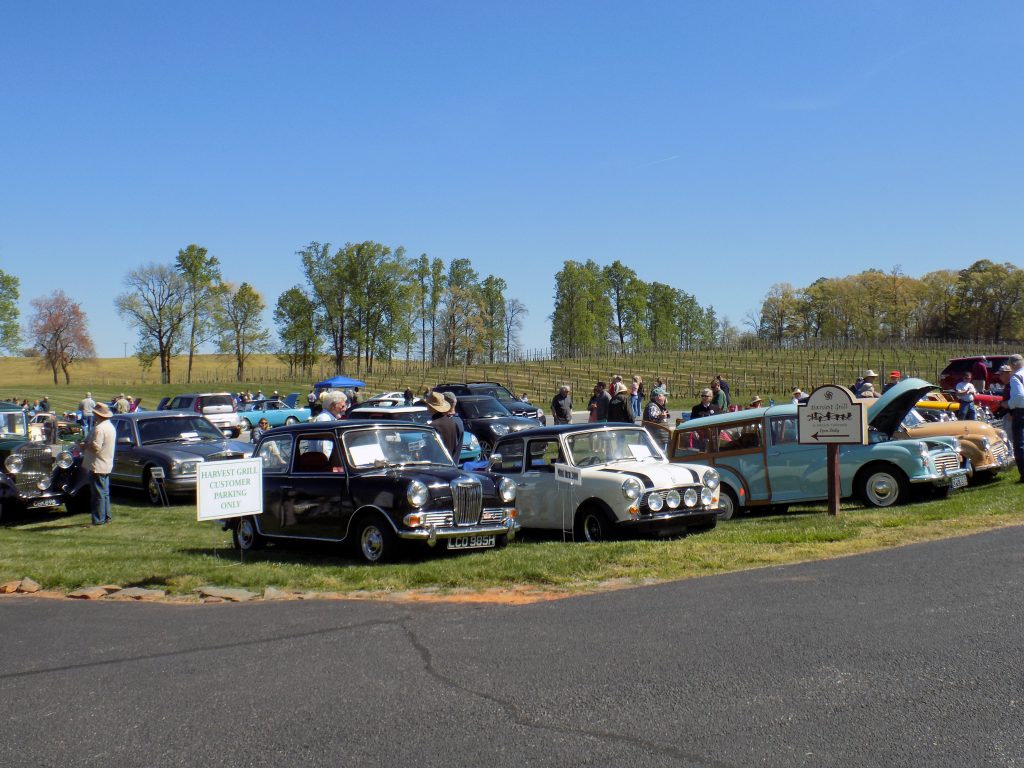 These were some really cool cars!

And though it may have created a little more chaos for what Andrew’s professor had planned for the class, it sure made for a really fun afternoon to be able to check out all of these really great old cars in between the items on the itinerary.

And at the end of the day…there was one Triumph that remained…  And so he became the perfect backdrop for our photo!

Tomorrow I’ll tell you more about the actual vineyard, the tour AND the tastings!