A few weeks ago I posted something on my Facebook wall about how parenting can be so challenging and how I just wanted to crawl in the bed and suck my thumb…  And yes, me with my three kids under four…I’m getting mine.  Whatever it was I did to my parents as a kid, is coming back ten-fold.

Or whatever it was Andrew did to his parents…  That’s probably the more accurate statement.  {Love you, babe! haha}

I love our kids.  All of them.  Each of them individually.  But y’all with kids, you know there are some really hard days.  REALLY.  Hard. Days.

And the “terrible twos” is a joke.  I’m going to go with the “Frightful Threes”.  And honestly so many friends told me that the age of three was much more challenging than the twos.  I’m siding with them.  To those of you who dealt with the drama, the screaming and fit-pitching at two, lucky you because it came and went sooner.  At three, it’s been building since like 18 months.

What is this behavior.

And I don’t want this post to be all about how terrible our kid is because he’s honestly not a bad kid.  He’s got the kindest, sweetest heart and he is simply wonderful.

Like Dr. Jekyll and Mr. Hyde, one moment he’s great – playing with his sister, kissing his brother, being just the sweetest kid and then like the flip of a switch, someone does or says something {or he’s told “no”}, and he goes completely bizurk!

That’s when the challenge starts.  Disciplining him in a way that is loving but firm;  That doesn’t break his spirit but shows him that we mean what we say.

I had lunch with a friend last week, who has a son the same age as Reynolds.  I sat down and my opening question to her was, “Does ___ act like a lunatic at times?!”  Because we’d had two – what I call – episodes – in the last 12 hours, and it’s completely exhausting emotionally, mentally…probably even spiritually.

She grinned and confirmed that her son acts much the same way as Reynolds.

But not really a praise…I don’t mean to say that I’m excited that her son acts like a maniac like ours…but honestly, I sighed on the inside…it’s not just us.  Which, I knew in my mind and heart that there were other kids out there giving their parents a genuine run for their money {and everything else}…we weren’t alone, but I wanted to know who else was dealing with the “crazy.”

We had a real mom-to-mom talk and though it’s not completely relieving {we still have to deal with the tantrums when they happen}, it is relieving to know that there are parents all over the place with kids going thru the same stage.  {Raise your hand if your son/daughter had a fit tonight at bath/bed -time!}

I ordered Dr. James Dobson’s book, The NEW Strong Willed Child a few weeks ago after several recommendations.  Of course I haven’t read much of it, but the few chapters I have read, the words have resonated with me and our current situation of life with a young person.

So these frightful threes…the parenting stakes are high.  He’s in it to win it…which means I have to be also.

I would love to hear from my mom friends out there – who has a strong willed child and how are/did you handling the terrible twos or frightful threes?

First of all, I really should own a stationery store or company with all the excitement I have regarding notes and letters and pretty papers.

The other day I got a sweet email from someone asking if Reynolds has learned to write a thank you note.  Sadly, he has not, but he’ll scribble his name or trace his hand on a birthday card so that counts for something, right?!  {We’re getting there…}

That email did get me thinking about the fact that I have not written thank you notes just yet for all the Christmas gifts we received {sigh…} and I can’t believe that January is half-way over so I’ve got to get on them…fast!  So where do you go for help to write your thank you notes?  I’m not the most creative person when it comes to writing {or anything else} so sometimes I need a little inspiration.

Well, lucky for us, Gifts.com has created a helpful guide to inspire us all. It provides tips and examples on how to properly write a thank you note, including some do’s and don’ts to make our friends and family members feel appreciated.  It really is terrific!

Now go get your stationary, I’ll get mine!, and let’s get writing! Don’t worry about being too formal, a thank you will always put a smile on anyone’s face!

If you’re in need of Thank You notes or stationery, check out my last post about Basic Invite or check out the link below!

As my maternity leave is winding down {I go back to work in less than two weeks!}, I’ve been thinking about all the things I will miss about this time that I’ve had not working…being in our home with sweet Emory. 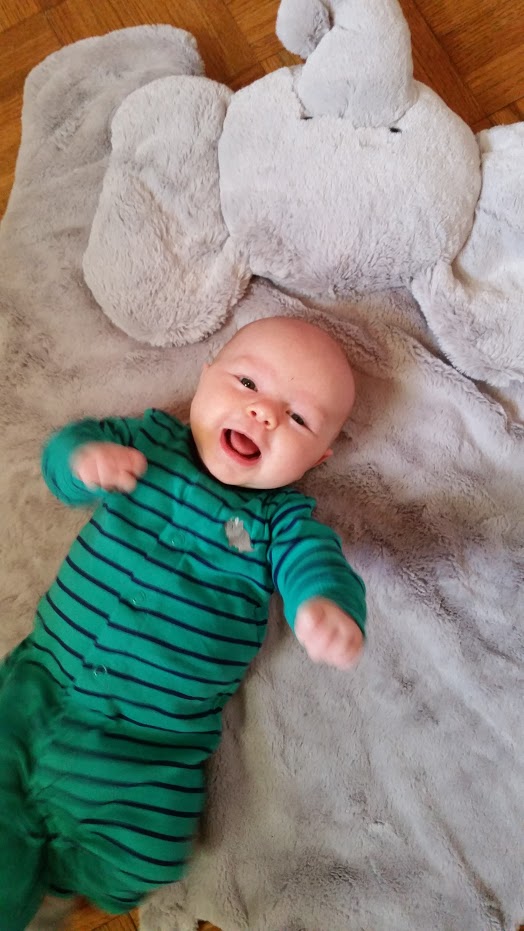 I’m going to miss Kathie Lee and Hoda’s Boozeday Tuesday and Winesday Wednesday, etc.  I’ll miss Live With Kelly and whomever she has on with her that day.

I’m going to miss reruns of Fixer Upper, Property Brothers and Home Improvement {that show is so much more funny now that I’m older!}.

I’m going to miss long walks outside {since the weather has been so amazing here lately}.

I’m going to miss having the laundry caught up…

I’m going to miss having time to read.

I’m going to miss going to the grocery store, un-rushed.

I’m going to miss having supper cooked and ready to eat by 6 p.m.

I’m going to miss having the house picked up, most days.

I’m going to miss the calm and quiet moments.

The lunches and visits with friends.

I’m going to miss the feeling or perception that there is order in the world of our home.  {Mind you, it is not totally organized or “finished”.}

That’s not a finite list and there is a lot that I will miss…but I’m looking forward to getting back to our “normal” however non-normal it may seem at times!

For the next twelve days I’ve got some major things to accomplish – starting with painting the closet in R’s new bedroom and then installing a closet organizer…should be fun!  I’ll share pictures when it’s done!

I hope you’re having a great week!

Oh hey!  It’s me…I’m sorry I totally fell off the planet for four weeks…  I guess that’s what a newborn will do to you.  How, with this being our third child, I didn’t anticipate that, I don’t know but I didn’t.  So thanks for being so gracious when I totally didn’t finish with the Christmas Carols posts when I REALLY REALLY wanted to.  Maybe a goal for this year {Christmas is only 347 days away you know…}.

So Happy New Year!  I hope you all had an amazing Christmas season and rang in the new year with great flair!  I was asleep by 10:30 so I didn’t see the great crystal ball drop, but I was up at 2:30 a.m. if that counts for anything…

I’m back…or at least, I’m trying to BE back.  Emory is almost eight weeks old now (can’t believe it really) and I’m getting myself prepped to go back to work in the next few weeks.

Before Christmas, literally right after Emory was born, I had someone from Basic Invite reach out to me and ask if I’d be willing to review their stationery…  Um, yes.  I told him that I am a BIG fan of stationery and would love to see their product(s).  He sent me the info and here’s what I have to say about them.  {If you want to check them out, there’s a link over there on the right →}

And y’all know what I fan I am of both stationery and a certain few stationery shops.

Basic Invite is amazing.  Seriously.  I was sitting in my room pumping (sorry if that’s TMI), looking at the sample kit I’d received in the mail and I truly got school-girl excited.  The paper.  The colors.  The peel and seal envelopes.  Really, they had me at peel…

So then I got on the site to design a dedication invite for Emory and it was such a great experience!  So.many.options.  I started off with this invite: 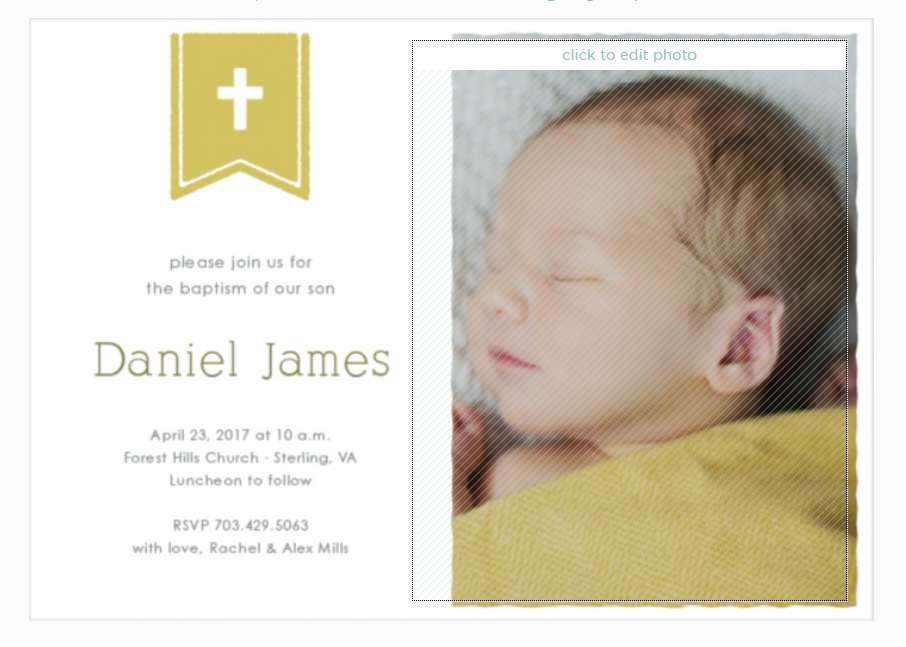 Then, I discovered that you can change EVERYTHING.  The colors!!  Basic Invite LOVES color, which is why you literally have a rainbow of colors to choose from for all aspects of the invitations.  Love it or they will either reprint your order for free or you can return the product for a full refund. 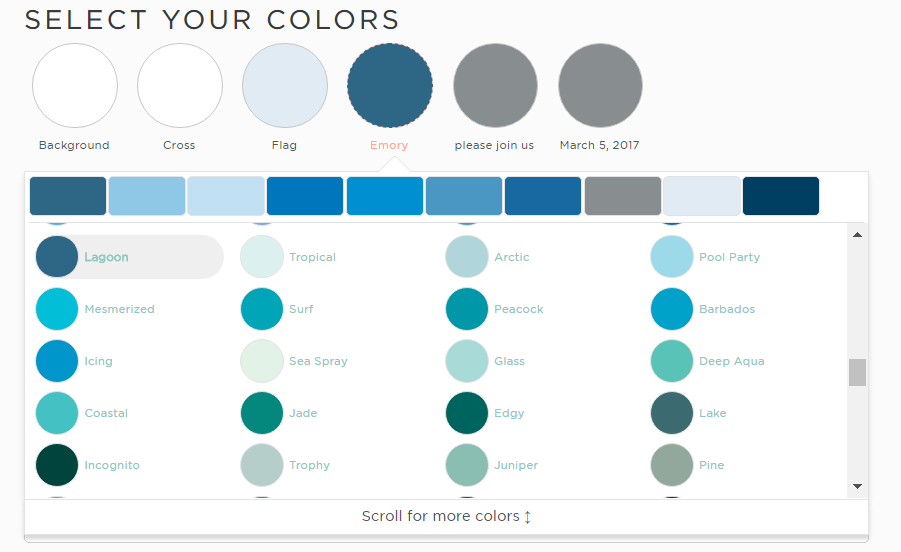 The wording – you can CHANGE anything…all of it if you want. 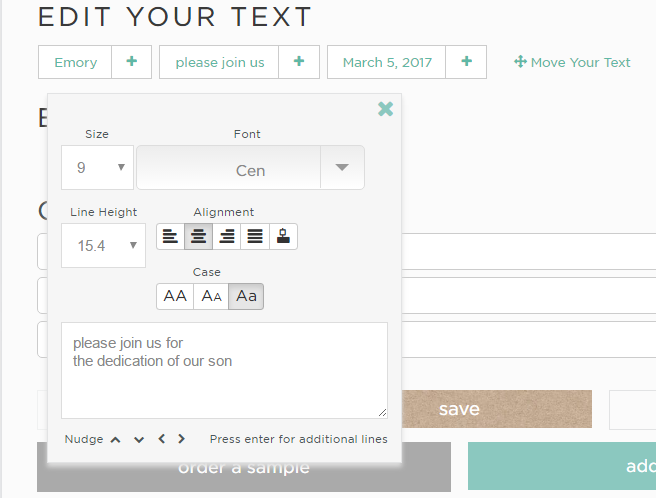 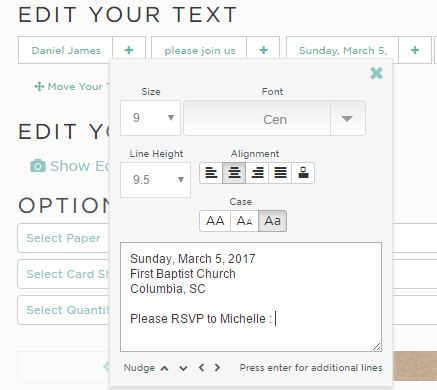 The paper…and I have to say the Luxe Velvet is so elegant. 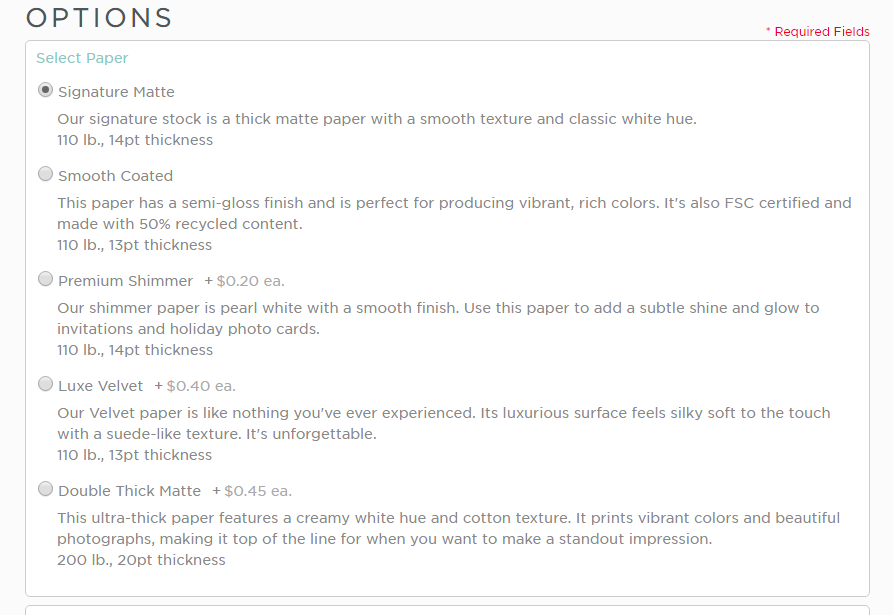 At checkout you’re able to review your invitation and the options you chose for your particular invite.  Also, like most companies, you have standard quantities/prices, but then you’re able to choose your own number (15 wasn’t a preset option, but I’m able to specify that I want 15). 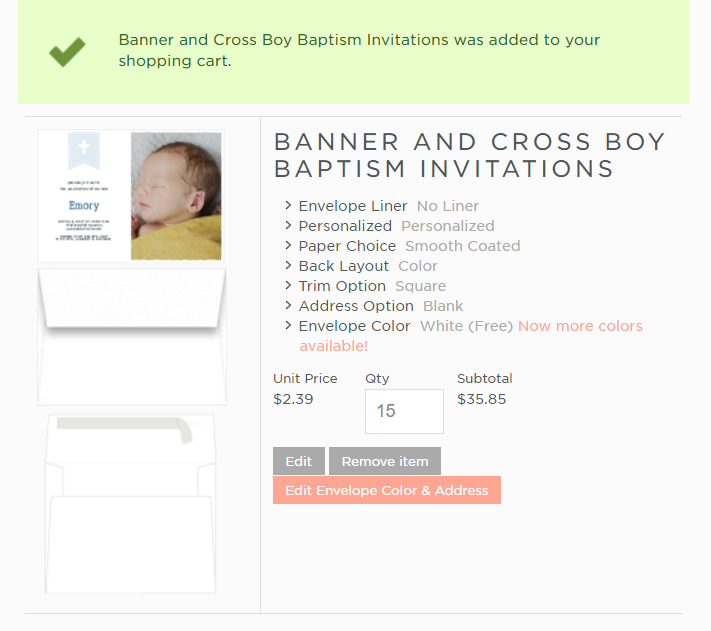 Seriously, this is all so incredibly fantastic!  Told you.

And that’s not all!!  Free Printables?!  Yes, FREE. Printables.

I’m really excited about getting my first order – I ordered Emory’s dedication invites from Basic…and I’ll update you guys once I receive my order on timeliness and overall satisfaction of the product!

Hope you all have an amazing HUMP day!