Friday morning, while watching the local news, I saw that a new exhibit was opening at our State Museum on Saturday.  Bugs! was coming so I mentioned to Andrew that we should take Reynolds.  “Either he’ll love it or he’ll hate it”, we both commented. 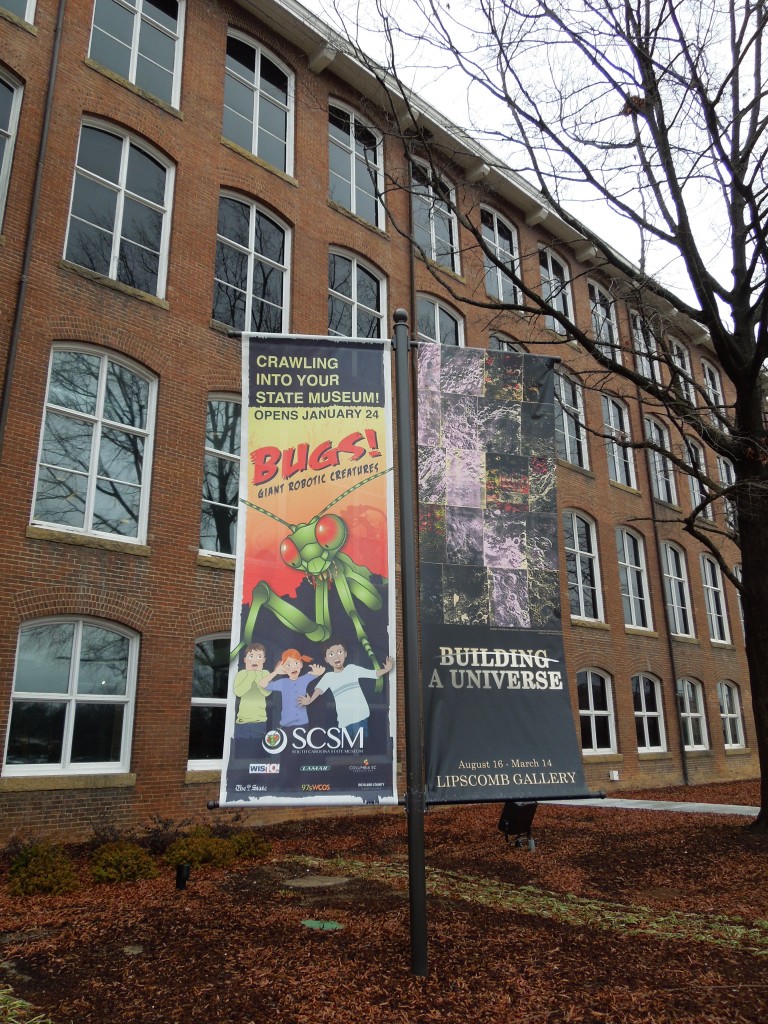 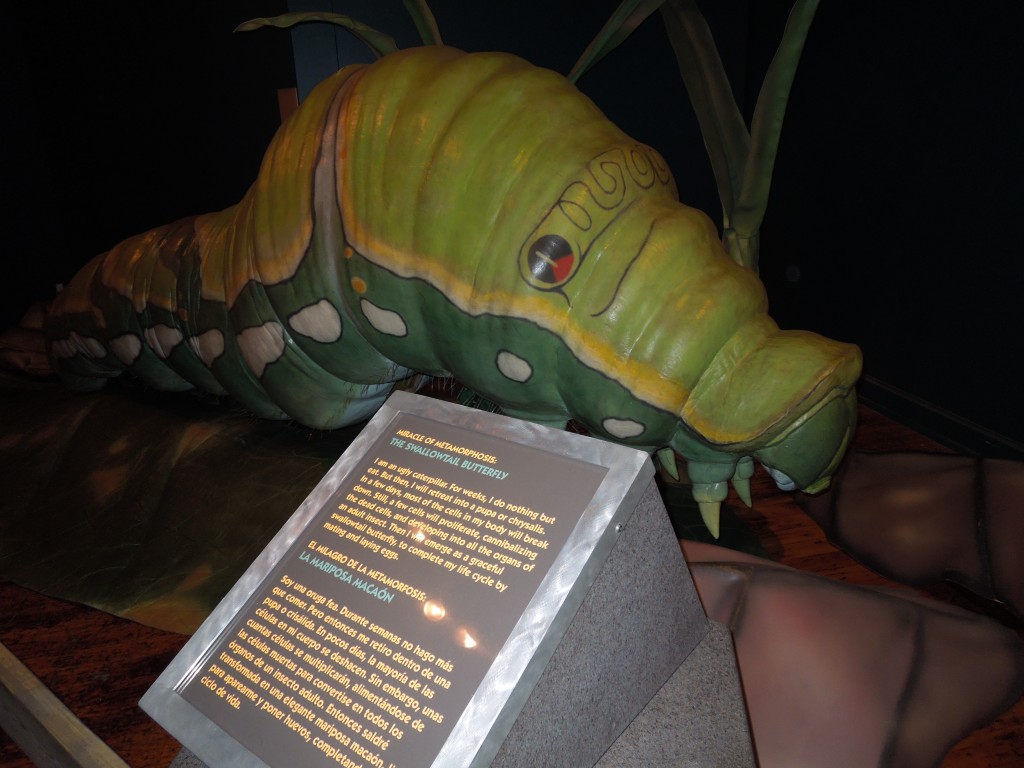 The Swallowtail Butterfly was the first thing we saw upon entering the exhibit.  Reynolds didn’t mind this big guy very much, mainly because he didn’t move 🙂 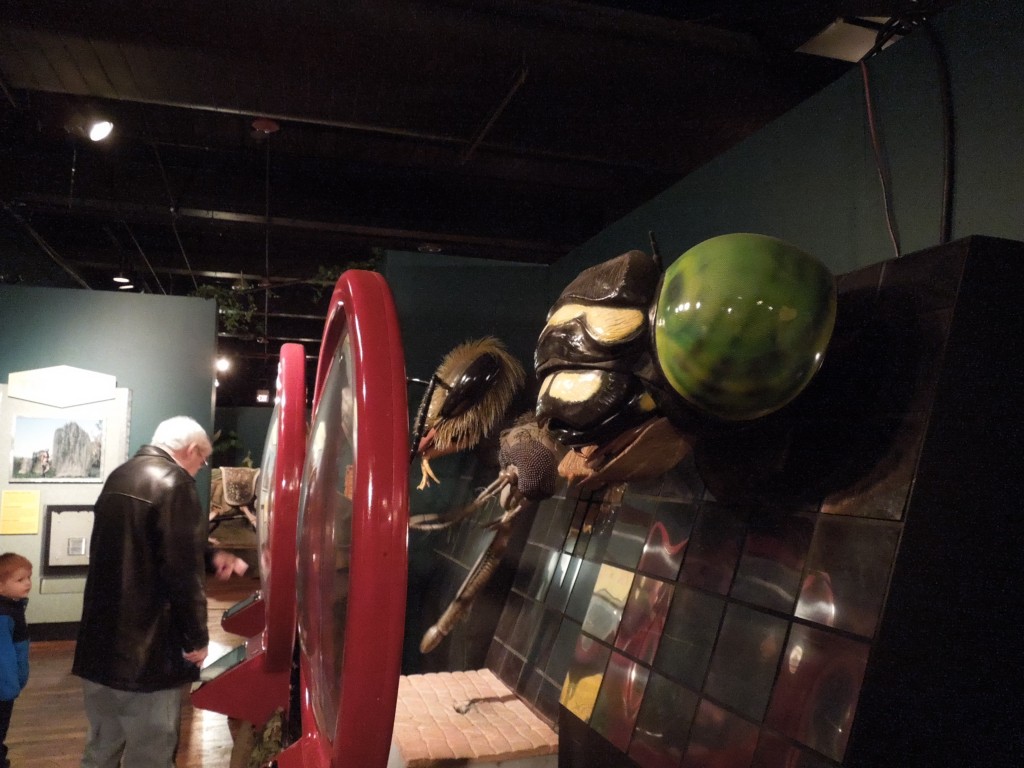 Ugh.  I still get chills seeing these gross ones {sorry if you’re a fan!}.  First we have the close up of a dragon fly…then the mosquito (DIE!!!) in the middle and lastly, a {hairy!!!} bee there on the end. 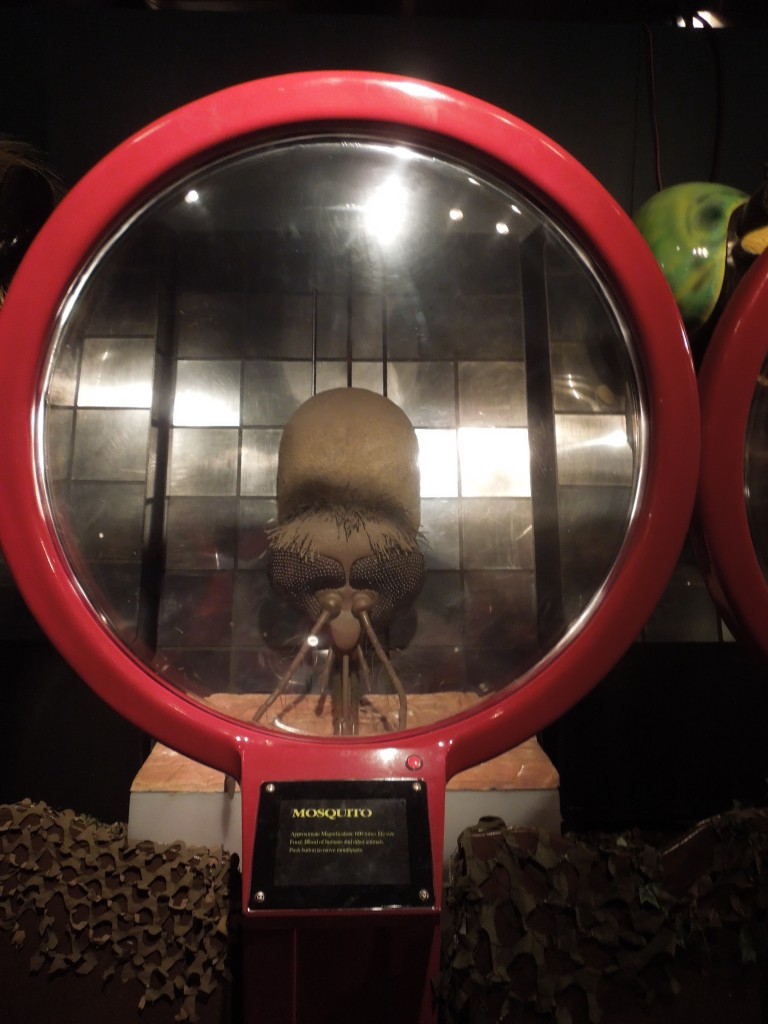 OMG…I’m itching just looking at this picture!  So they all moved….the mosquito was set up to imitate it lighting on your skin and sucking your blood!!!!!!  Totally gave me the heebie jeebies! 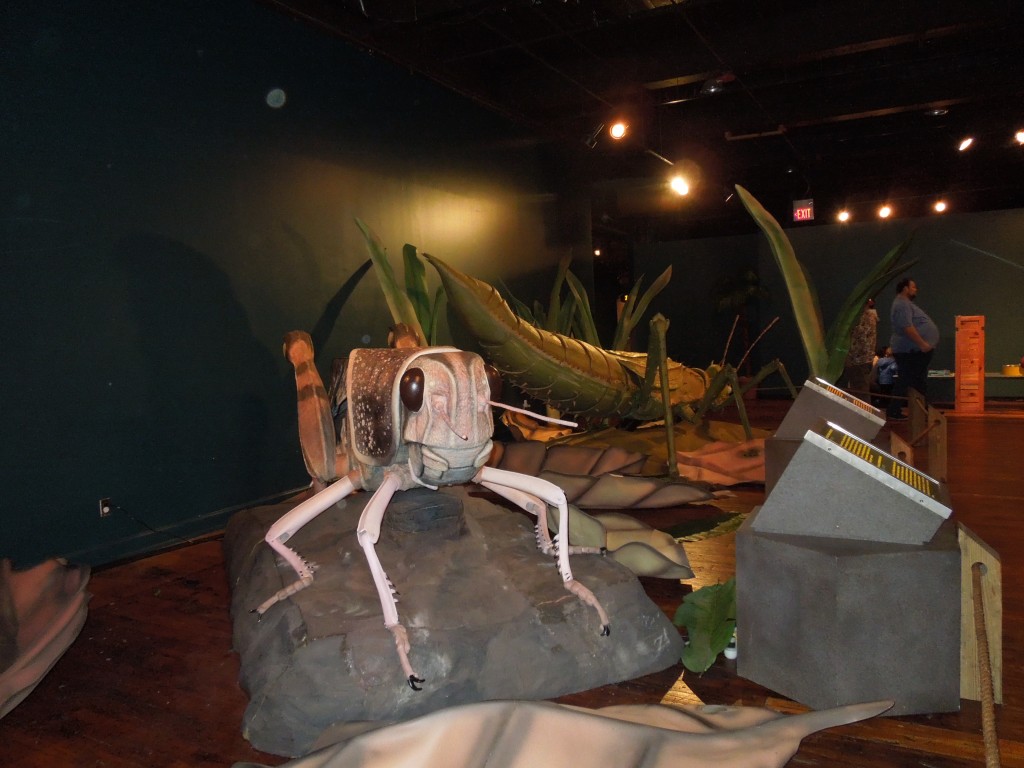 In the next room we saw the locust….this one stood up tall {you felt like you needed to duck!} and spread it’s back wings (see below photo and I’m sorry it’s not clearer).  R was not a fan of this one, at all.  He kept saying, “DOWN! BUG! DOWN! SIT!!”.  {OVER, AND OVER, AND OVER, AND OVER…} 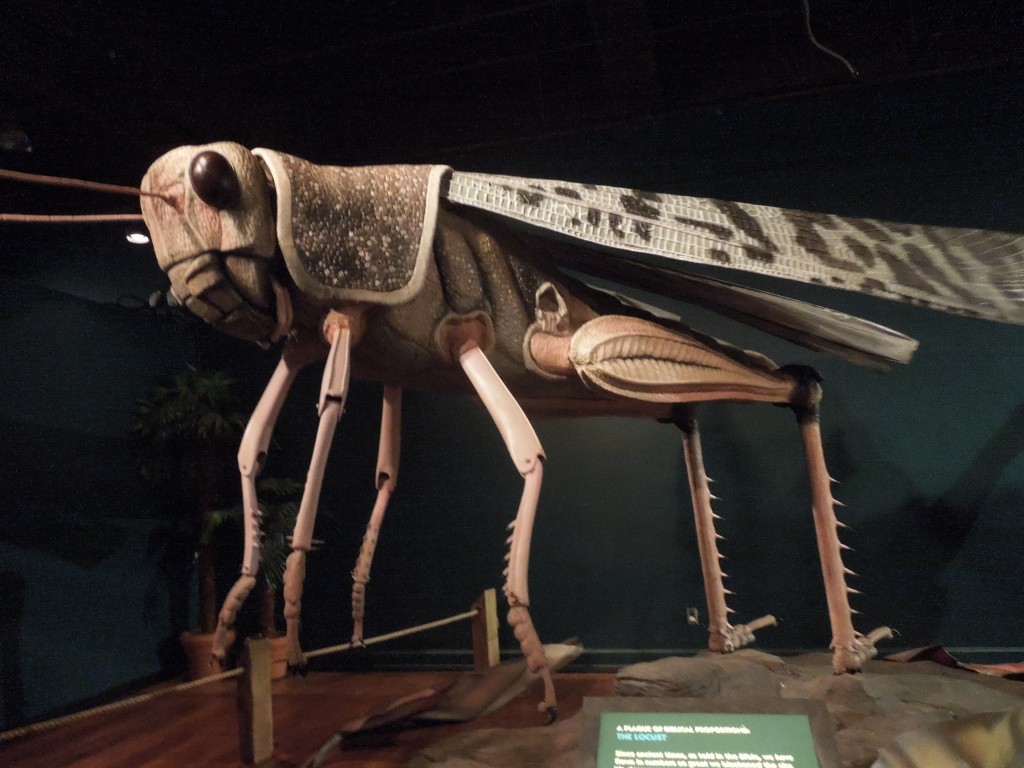 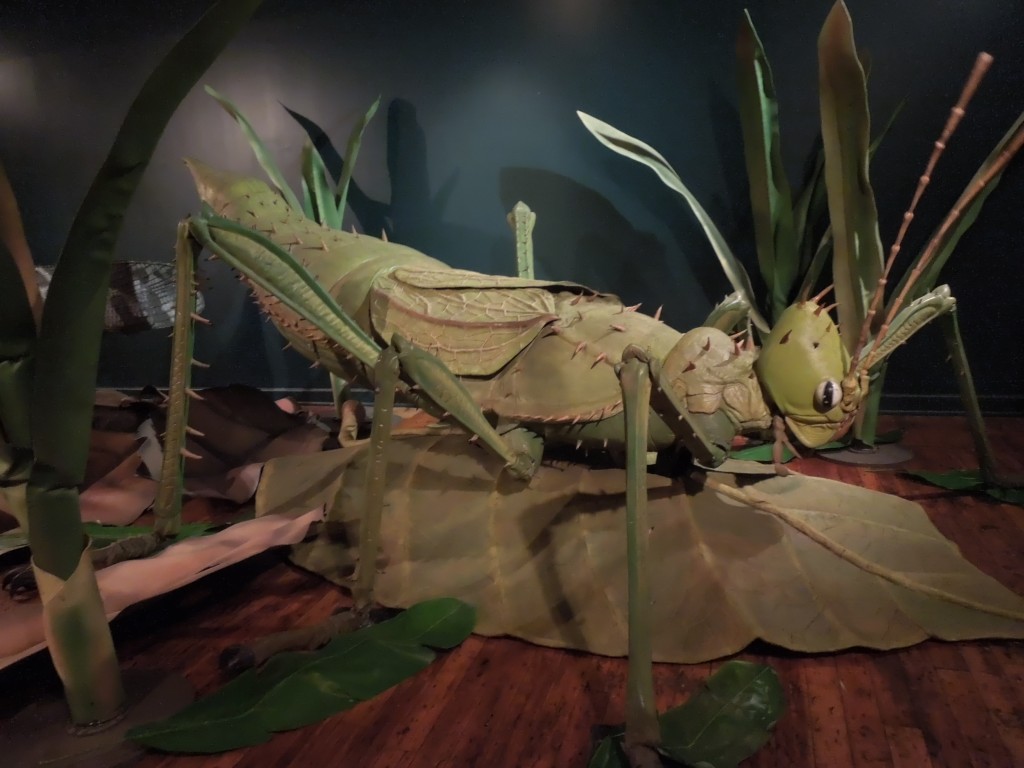 Gosh, I thought I could remember them all…this one looked like a grass-hopper, but was some kind of stick bug.  Please forgive me for not remembering exactly.  #bugfail 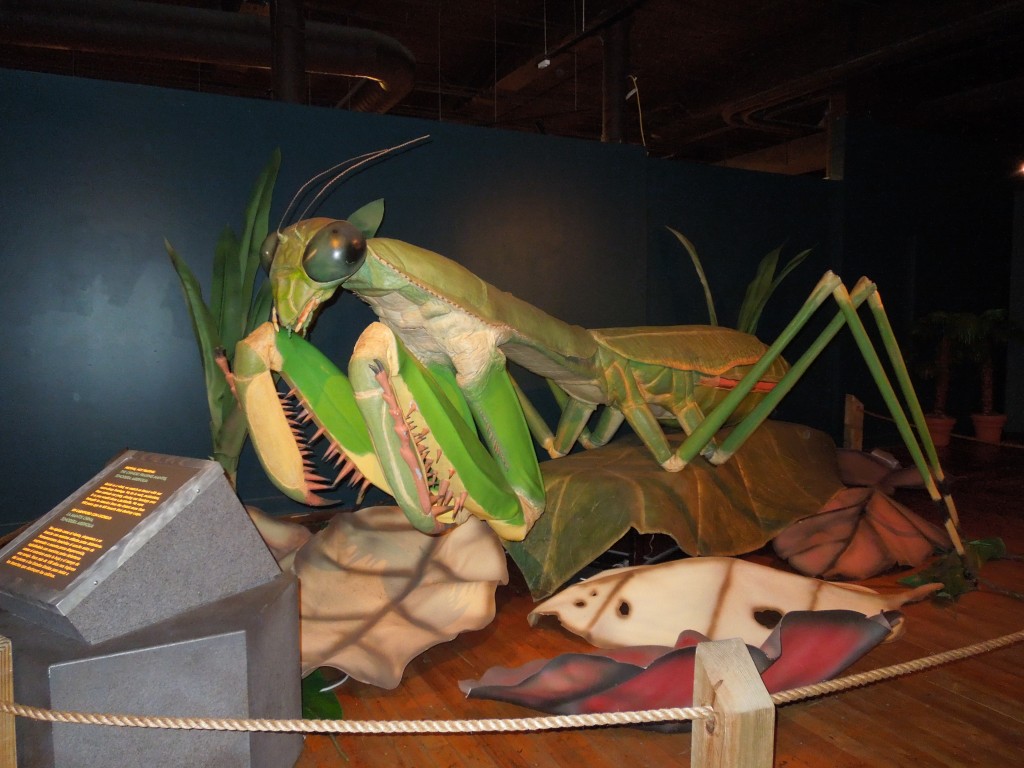 This was the PREYing Mantis…not to be confused with a PRAYing Mantis (so said the info-board).  He also lifted up very tall-like and extended it’s front legs….again, R was not a fan.  He very much wanted to get out of this room…quickly. 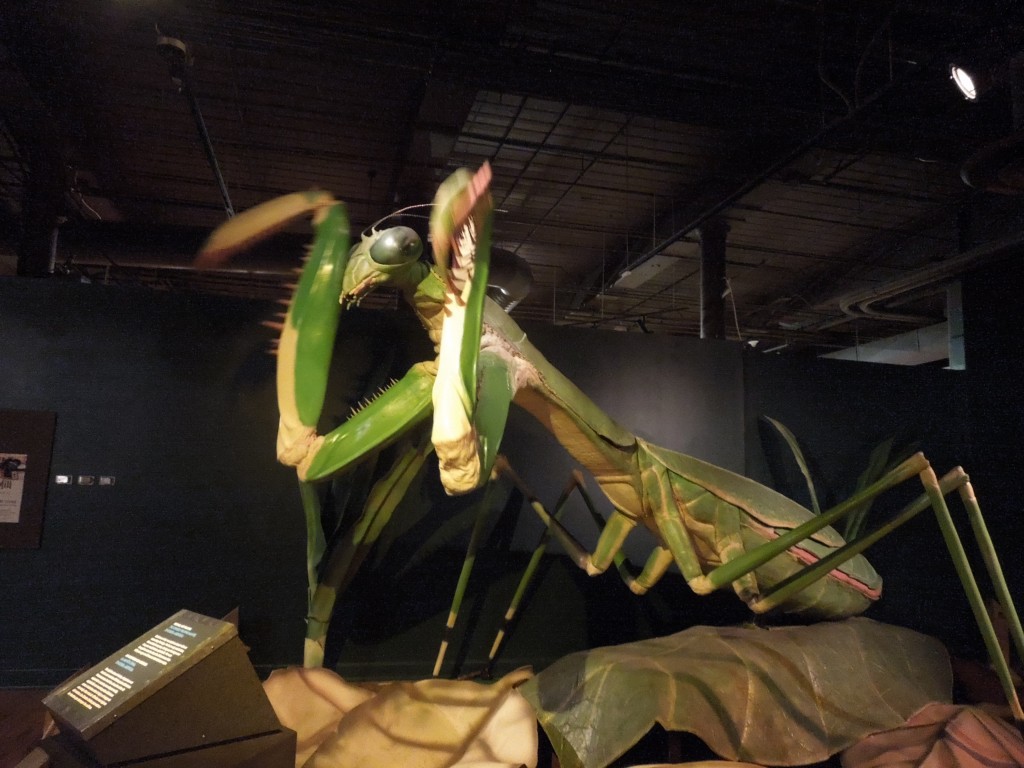 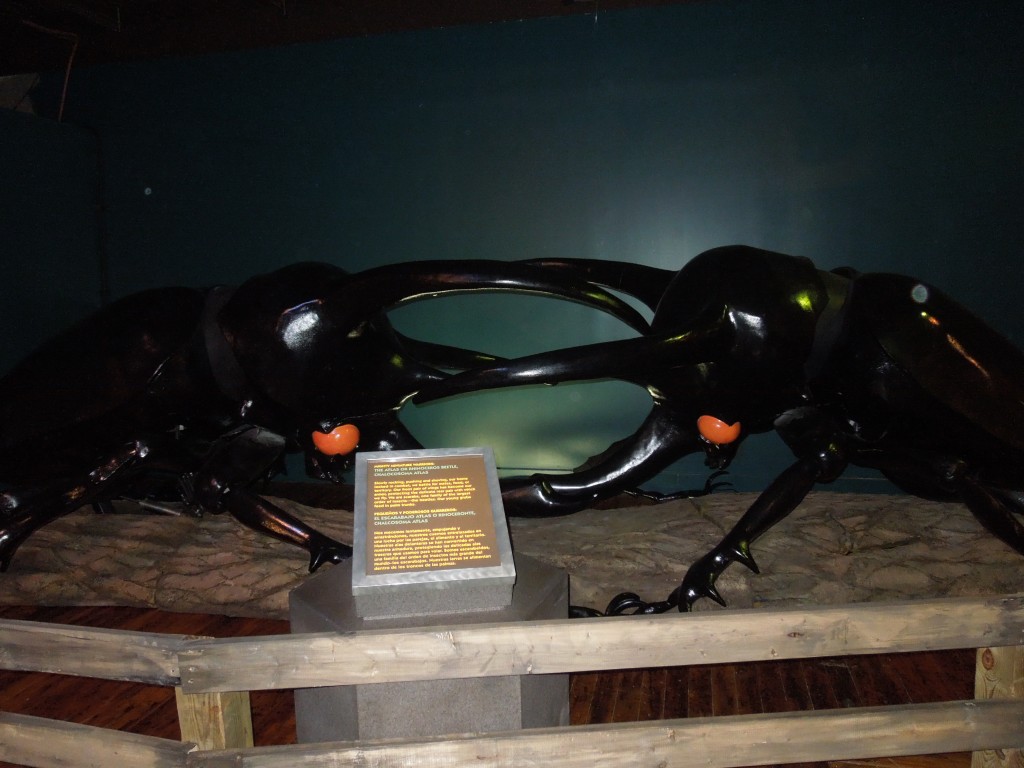 Last but not least were these ginormous fighting beetles that seemed to be locked in battle.  R was not pleased with them until Dada said “Hey, Reynolds, why don’t you show Eliza Jane?” {who was completely oblivious to anything that could possibly be scary}.  At which point R looks over at her and seemingly snapped out of any ounce of fear and said, “Gi Jane, look, beetles!”

That was the end of the bug tour…there were some other fun, interactive things to look at and do.  But we decided to turn around and take another time through. {rhyme! ha!}

I hope you did something fun over the weekend!