I’m just going to jump right into this one.

Good grief!!  Valentine’s Day is stressful.  Not because of MY Valentine.  No…for Reynolds’ Valentines!!!  For weeks I’ve been looking at and pinning V-day ideas in Pinterest…for what?

I guess I was doing it for everyone else?  {I have no one or nothing to blame for my folly}  Ugh.

I don’t know….I went to Target a couple of weeks ago, trying to be ahead of the game {I quickly get behind}, bought the Valentines, the candy and was just waiting.

Last night, I put them together. 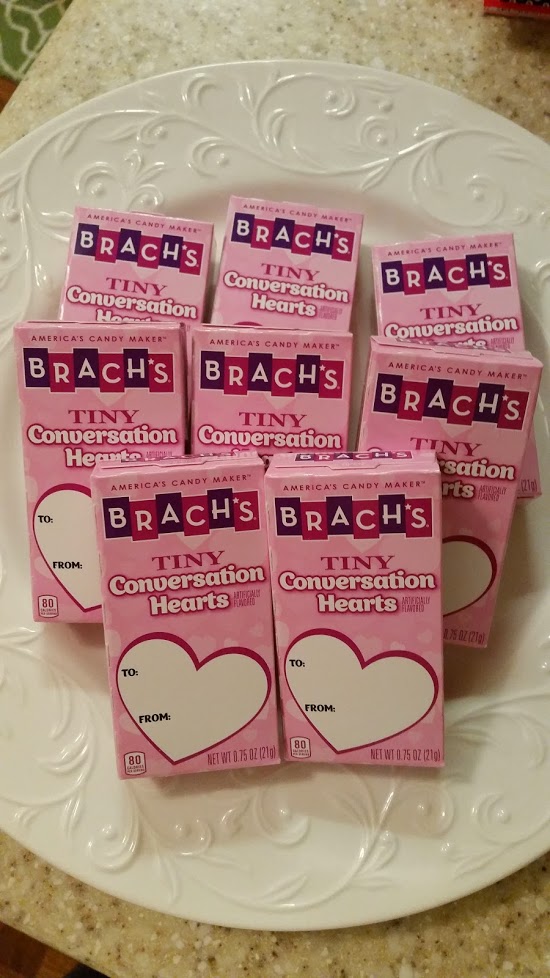 With a fun little sticker 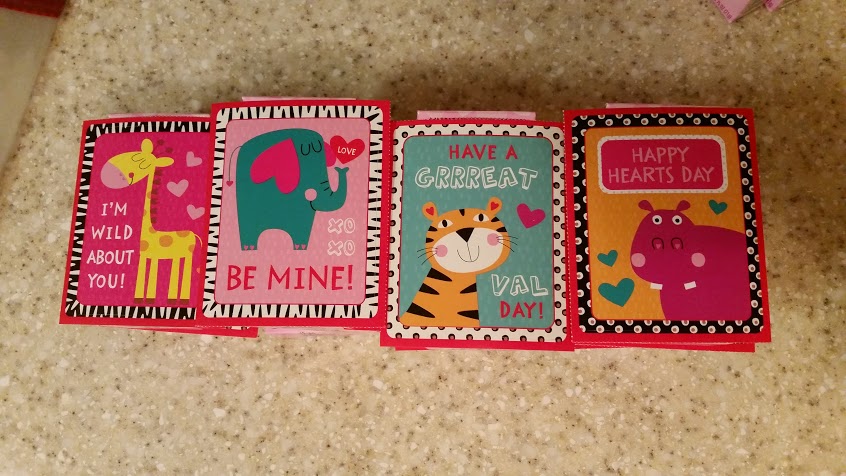 I know…where’s the creativity?!  blah. 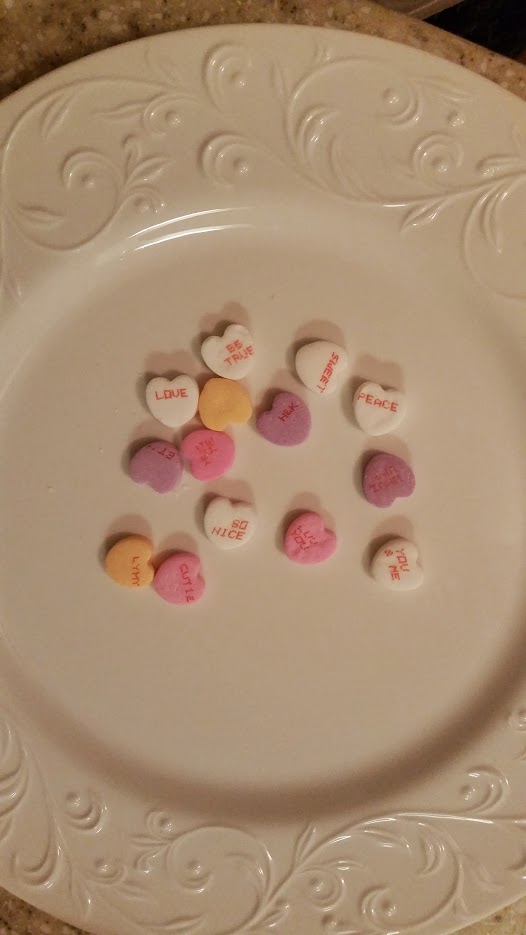 First of all…something about the font on these hearts turned me off.  Then I bit into a couple.  Hmm.  Yeah.

“Probably should have bought something a little softer to chew…” I said to Andrew.

“Are they going to choke?!” He questioned.

So Andrew announced that we should make the little “sandwiches” I made the other day…as a fun snack…as treats for the kids.  So then we bantered about who was going to go the store at 9pm.  He of course, lost…er, volunteered, like a good husband 🙂

Back with Nilla wafters, mini wafers and pink icing….I pulled out the Valentine’s confetti and treat bags I had in the pantry… 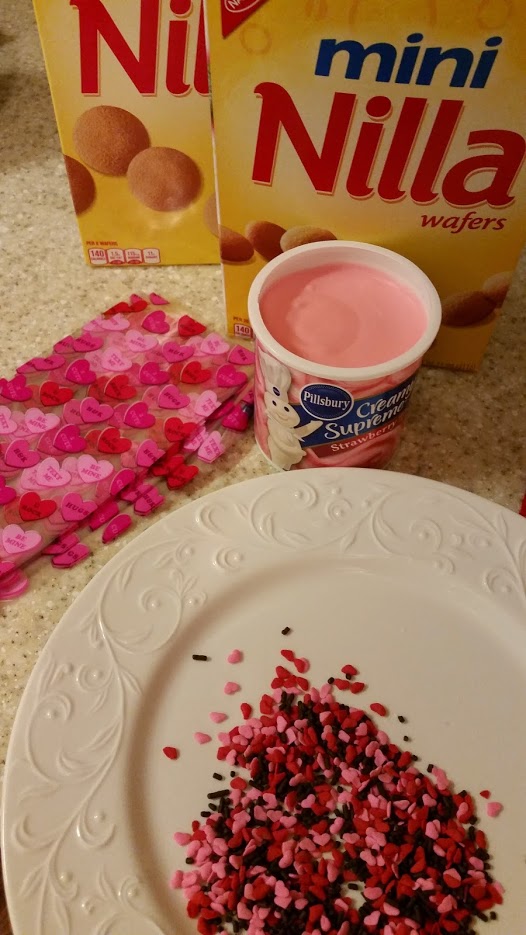 Andrew said we were in a race…he was icing the regular wafers while I iced the minis…  He said “this is how Henry Ford would have done it.”….assembly line… 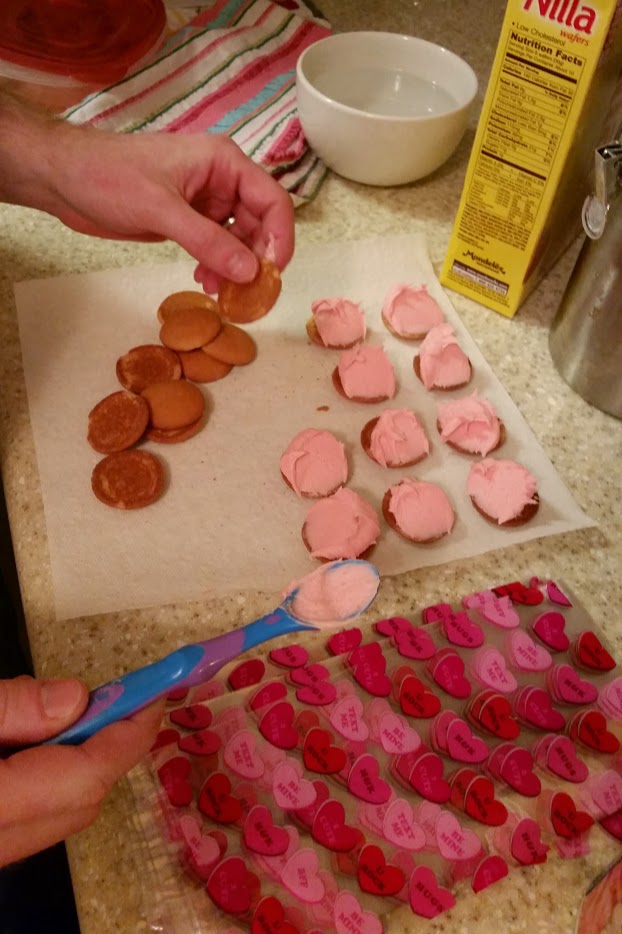 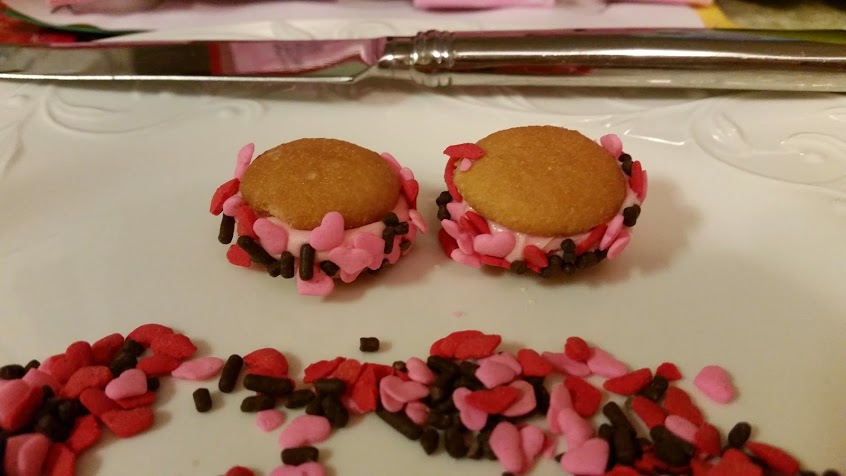 These little ones make me happy 🙂  Tiny little hearts.

So instead of the kids cracking teeth today…

They’re getting sweet treats, made with love, from Reynolds’ mommy and daddy. 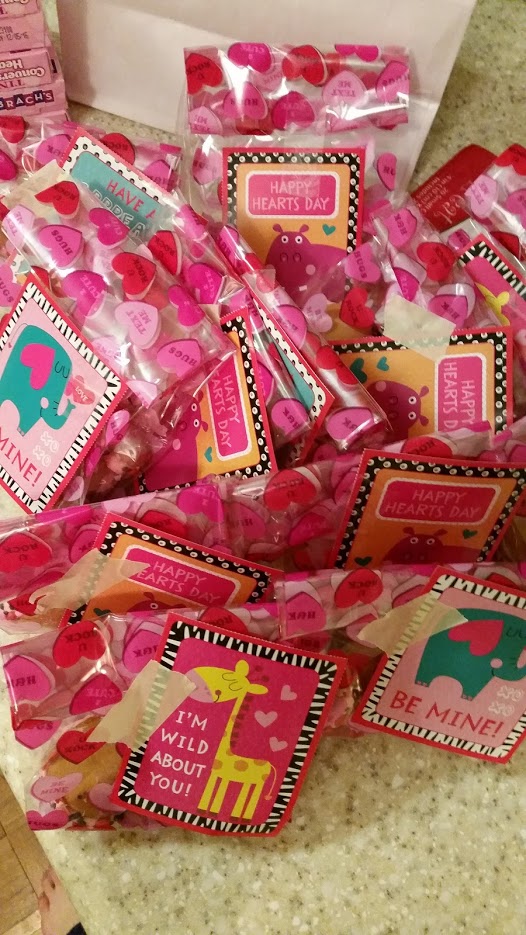 Now, who’s going to eat all those boxes of conversation hearts???

Happy Valentine’s Day, Friends….hope you and your sweetie have a great weekend!