As promised from yesterday’s post about Celebrating Baby Brynn, I am sharing about my glitter heart garland.   Months ago when I told Dana I wanted to throw her a shower, I started planning out the color scheme.  I quickly came to the conclusion that it had to be pink and there had to be glitter.  Gold glitter.

So of course, I turned to Pinterest for ideas.  And so not to completely give away everything, since Dana follows me, I added pins to my board, “1st Birthday” because of course, I’m already planning Eliza Jane’s first birthday {which isn’t until the very end of August! But one can never start too early!}.  Anyway, Eliza Jane’s birthday will also include lots of pink, and probably gold glitter! 🙂

While scanning Pinterest and anything pink and gold, I came across this really cute garland and thought, I have to do something with this.

And just like the invitation madness of scouring Michael’s that Saturday afternoon, I was also looking for ideas for the garland.  Could I make it myself?  If I make it, HOW?  How will I make it and out of what.

So I bought this fancy scrap-book gold glitter paper that was perfect and it was huge! 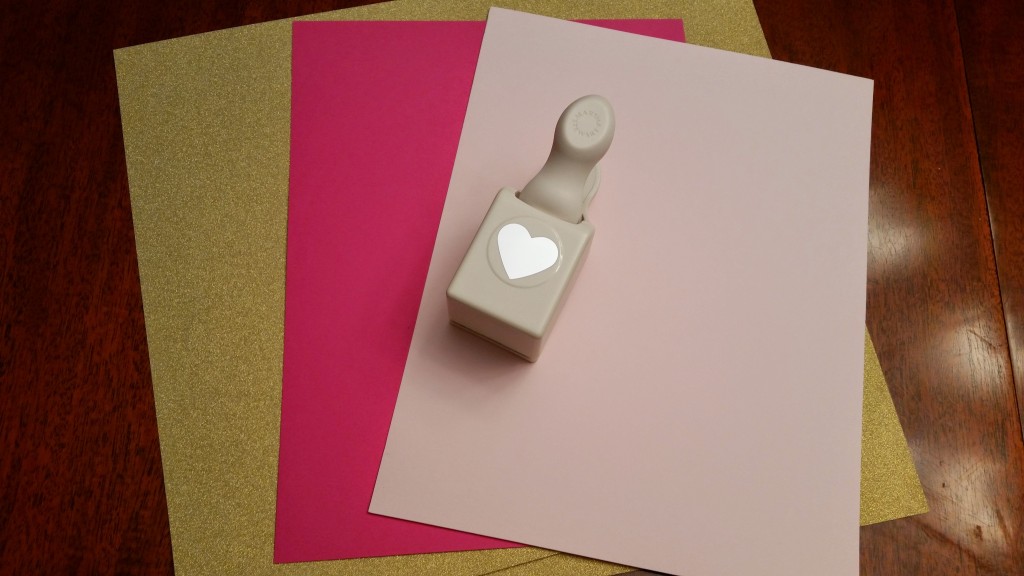 And a pack of really nice thick paper with several shades of pinks.  I also found this amazing Martha Stewart heart punch {I heart it!!} and then I’d already purchased some gold thread for something else that turned out to be a bit of a bust {which may or may not become a blog post…}.  So I had the basics of what I needed.

I then discovered glue dots.  What a magical invention!!!  What a genius idea!!

After about 20-30 minutes with my fabulous new Martha Stewart heart punch {did I tell you that I heart it??!!}, I had this to show 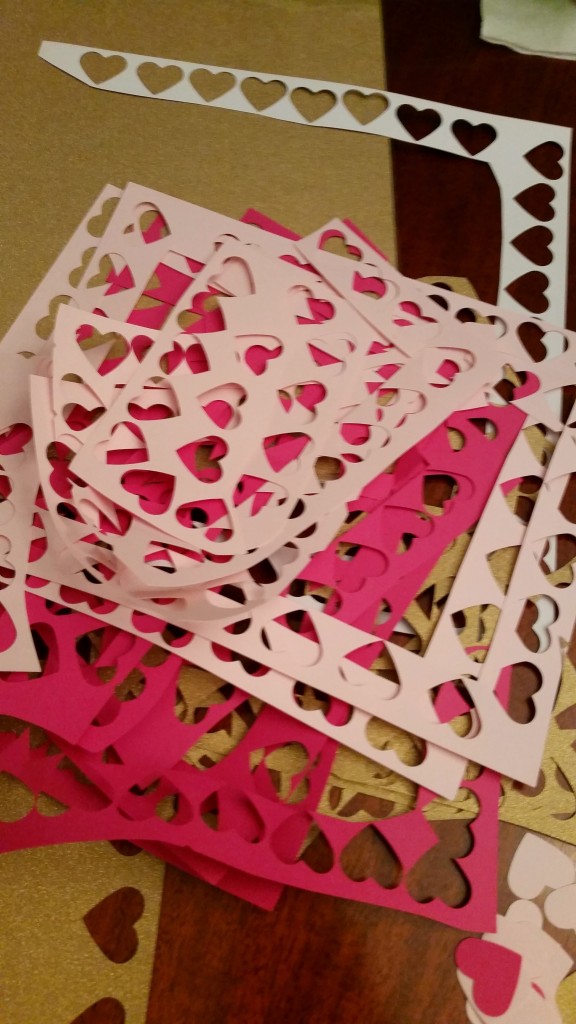 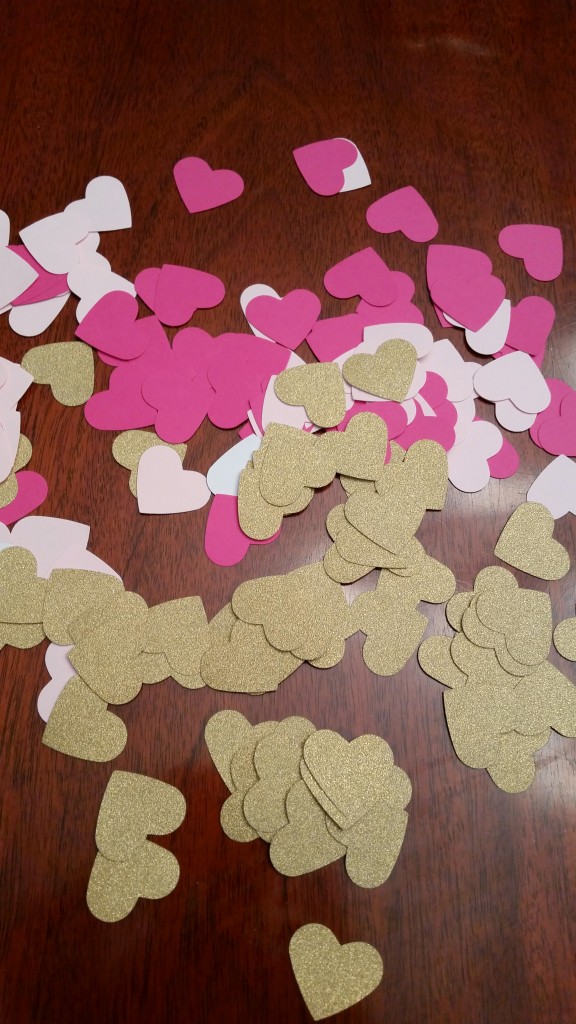 And as I was sort of getting into an awkward rhythm, Andrew came into the room and said, “Let me help you, babe.  Give me a pile of hearts.”  He’s amazing. 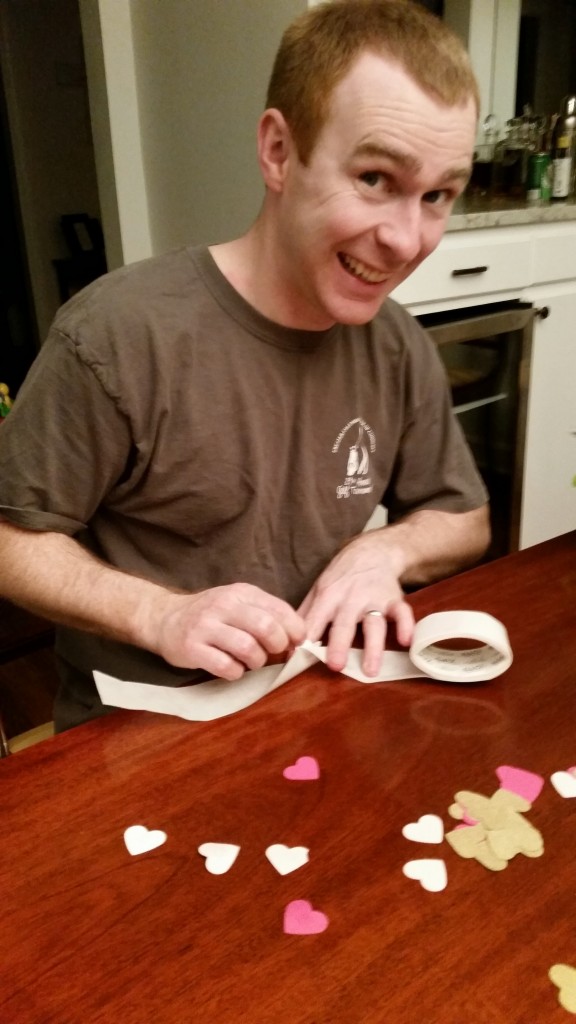 While I laid out the gold thread, lining up the thread to the middle of the heart, where the glue dot had been placed, and added another heart to the other side, like this 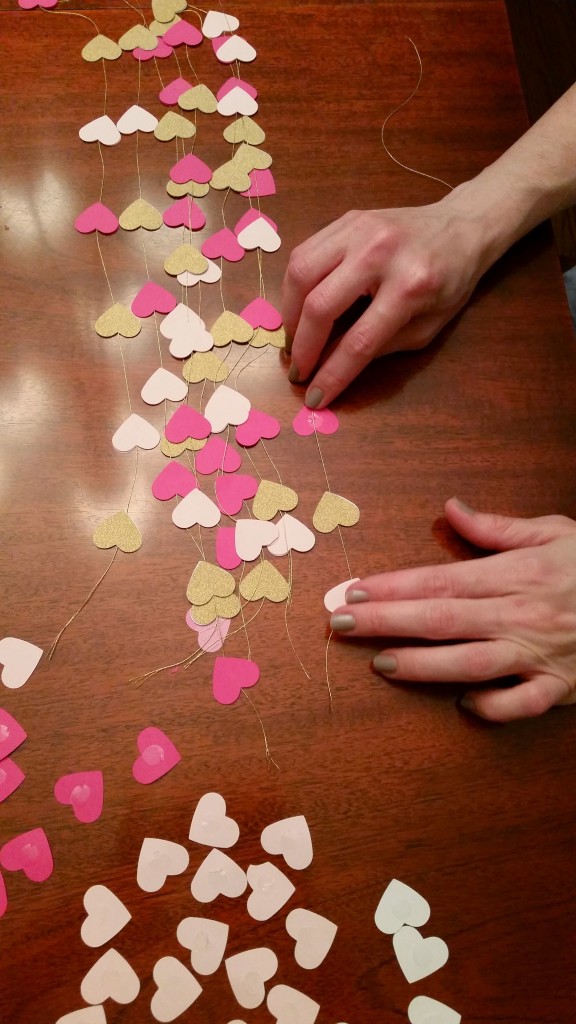 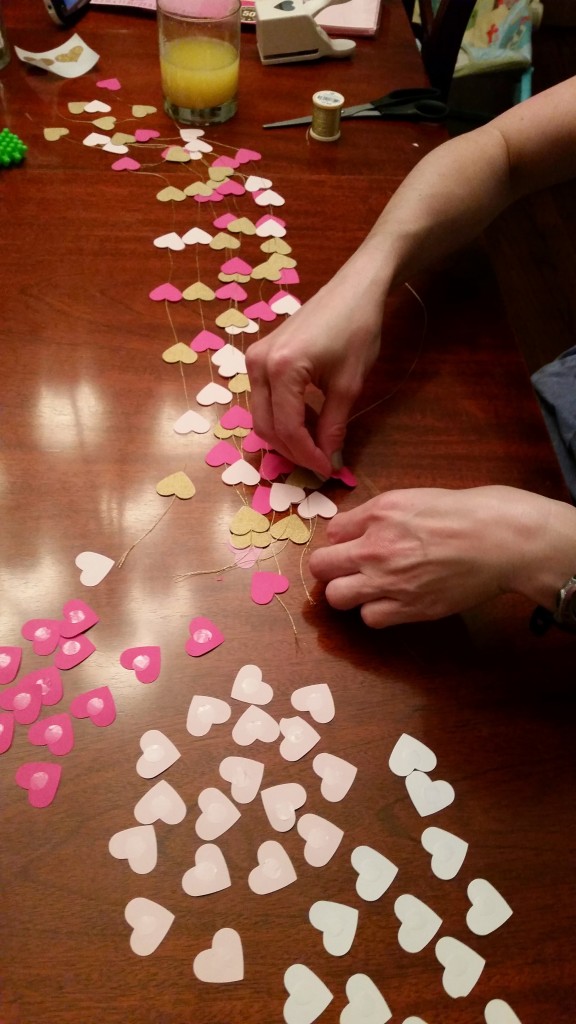 And at the end of the night we had this!!! 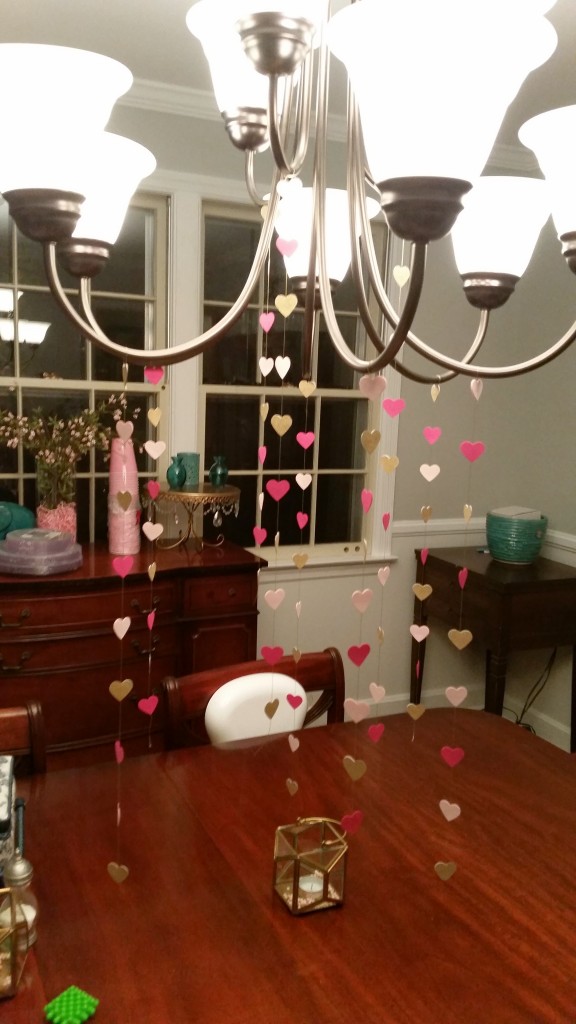 It was so dainty and pretty!  I decided that we also needed a few strands to add to the foyer light fixture so I kindly asked my man to sit down and get out his glue dots. 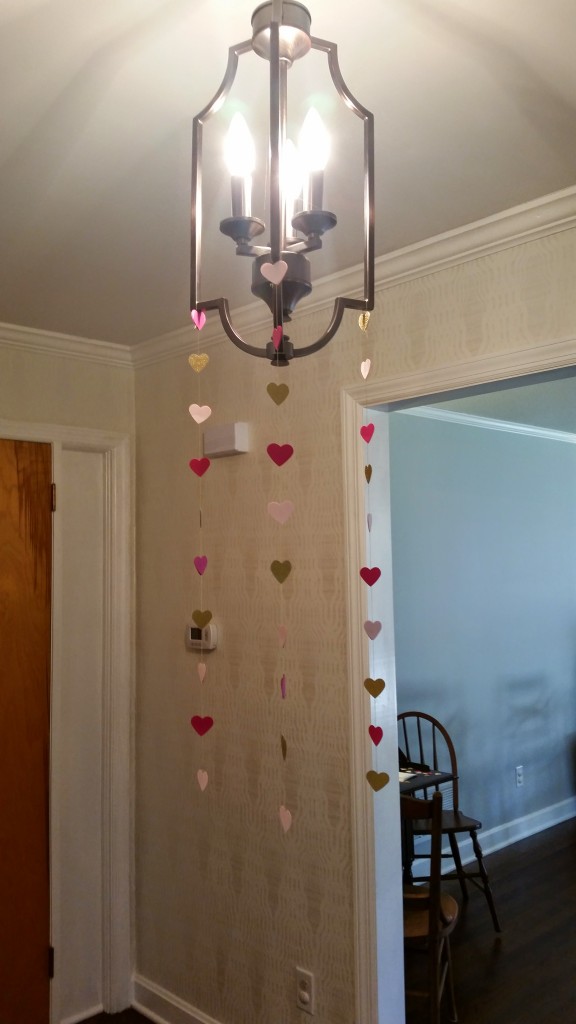 This one kind of got in the way just a little…I noticed a few girls walking by and catching a heart or two in their hair.  It gave me a little chuckle.  At least it was pretty… And then here was the picture from Dana’s shower with the garland hanging down over the table.  I used a few extra hearts to sprinkle around like confetti. 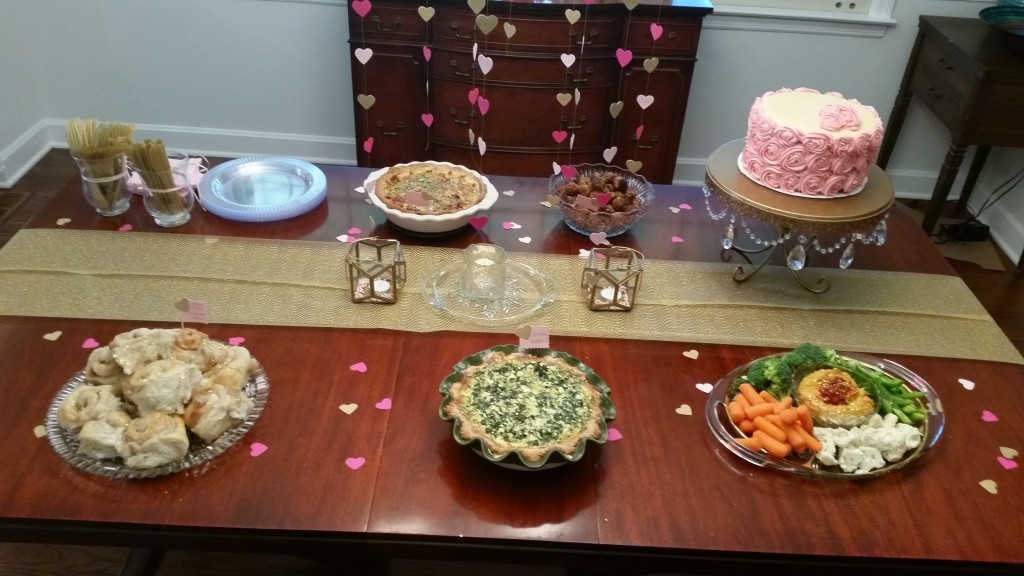