Today is day three of vacation at Disney.  We are taking it slow today while Daddy ziplines over some gators {I practically begged him not to do it, but left him to his own decision-making, however dangerous that can be at times…}.

He tagged me in this Facebook photo as I pushed two zonked-out babies in a stroller back from Disney Springs just now…. 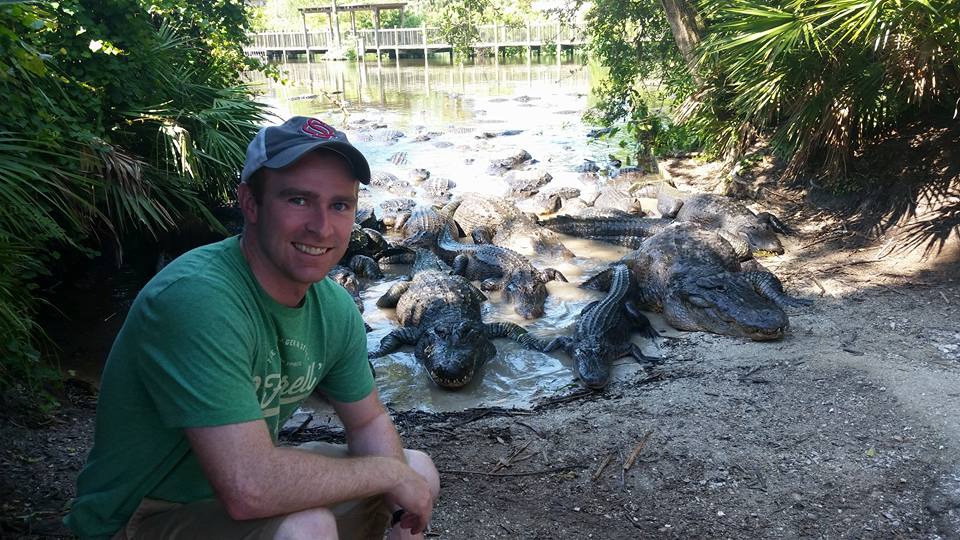 I trust those gators are either DEAD or plastic.  Otherwise, someone’s gonna get it when he gets back to the room later.

But for reals y’all…

Anyway, so the babies are passed out.  We tried to sleep in this morning but Eliza Jane was ready to go at 5am.  I wanted to give her Benadryl…but instead put her in our bed and she snoozed a little longer, until Daddy’s alarm went off.

Andrew went to Gatorland {not appealing to a mom and two littles…} so we got up and went to Disney Springs, just across the street from our hotel.  We played at the Lego store, which, by the way, is the greatest thing ever.  The kids can’t get hurt.  They keep their shoes on.  No one gets wet.  We’re in the shade.  And they have a blast. 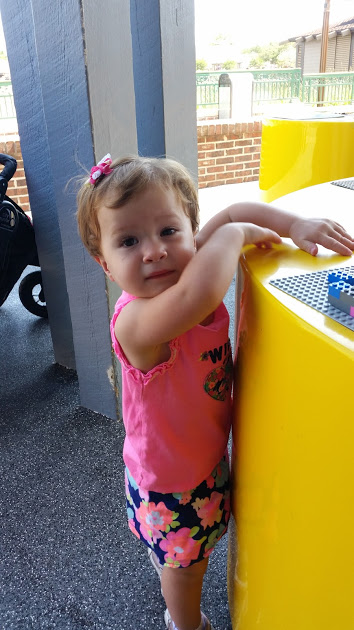 A group of students walked up and quickly became R’s bffs.  These guys were so amazing…they just wanted to help him.  They weren’t concerned with building their own, best race car for the race track, they just wanted to hang out with Reynolds.  I think R felt like he was something pretty special to have all of these “big kids” hanging out with him. 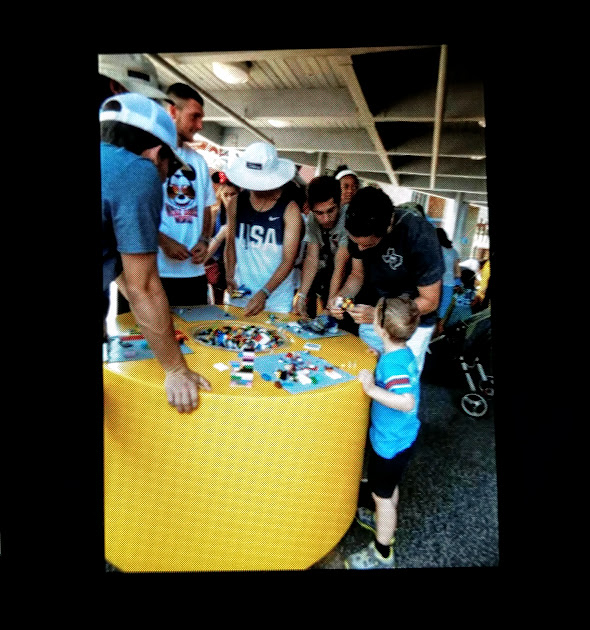 The picture is fuzzy because I took it with my actual camera and of course I forgot the cord to transfer my pictures over to the computer!!

After the kids left, we made a swing through Starbucks {it was right next door…another genius move} and perused the World of Disney store.  Where, I managed yet again, not to make a single purchase.  I’m beginning to think something is wrong with me.  It could be that I’m just too indecisive.

The babies passed out in the stroller as we made our way back.  R’s allergies went crazy yesterday and the poor kid can barely see from the water-works going on.  And the sneezing.  If I said “God bless you” every time the kid sneezed in the last 24 hours, I would be tired of hearing myself say it.  Bless his heart.

Eliza Jane is just too pooped for words.  She has been a true champ hanging with us as long as her little body possibly can each day.  Monday she finally passed out around 4 while we were on the bus ride back to our hotel.  Yesterday she couldn’t stand it much past 1.

We have {correction, I have} walked over 15k steps each of the last two days and I honestly felt like my feet were going to crumble into a million pieces last night.

It has been a huge amount of fun.  I will not complain.  I am grateful and thankful that we are able to have this amazing experience with our kiddos!

I will tell you one fact: it has been a lot of work.  Two littles at amusement parks where neither can do much thus far, has been challenging.  The best thing about Universal yesterday was the “parent swap”.  Genius!  Although we didn’t take advantage of it, but that’s ok.  It’s still a great thing for parents with kids who can’t ride the rides.

So here we are.  Kids are asleep.  I’m in a really dark hotel room {blackout curtains are amazing}, checking out the world and everything else going on.  More about Disney to come in a day or two!

I hope you’re all having a great week!