Here’s my story from tonight: Andrew got to do a behind the scenes tour of a historic building in downtown Columbia.  A building that has been refurbished as an apartment building…that I think he fell in love with and now wants to move us to…

So I had the kids.

And here’s my question.

Why is it.   That when Andrew is not home and I bathe the kids.

Do you know how fast a mom can move when she sees that in the water?!  Like a leopard.   What’s the fastest moving animal on the planet?  Google says it’s a cheetah.  I moved like a cheetah to get those kids out of the water.  Like water was slinging all over the place to get them out.

Wouldn’t you know that Andrew called me as everyone had their pjs on and we came downstairs.

“Hey babe.  Hey,…you know something?  You are never here when someone poops IN THE TUB.”

These crazy kids.  They sure do keep me on my tippy toes.

On another, but similar note, Reynolds got a new Batman hat yesterday for being a really good big brother.  Today I asked him to give me his best Batman face. 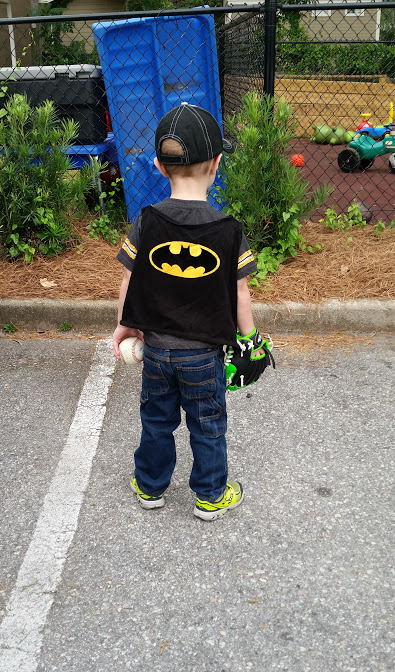 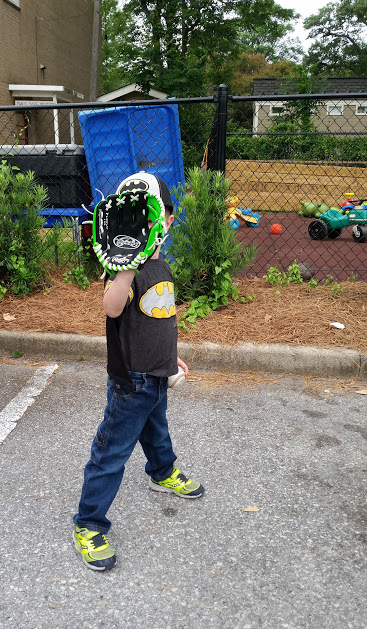