I meant to post this last night, when it was actually St. Patrick’s day, but alas, my child(ren) had other plans for me 🙂

Like many places, Saturday was our St. Patrick’s {St. Pat’s} festival in downtown Columbia.  Well, the 5 Points area.  Andrew and I closely watched the weather Thursday and Friday, and had sort of decided that if it was going to be pouring rain on Saturday, we wouldn’t go.  But if it was misty, drizzling rain, we would make an effort.  With both kids.  Why?  Because we’re both from Irish decent and well, it’s fun.

Friday night I texted a friend letting her know that we’d not yet decided for sure if we weren’t going, that it would be a “game-time decision”.  And it was.

Saturday morning we got up, Reynolds and Dada went to the hair-cut place for R to get his hair cut {he had to look nice for Eliza Jane’s baptism} while Eliza Jane and I got our bag packed.

The boys were back a little after 9:30am.  The parade was starting at 10, with the kick off of the festivities beginning once the parade got to 5 Points.

We loaded up the car and drove downtown.  We got to our parking spot in a garage and thought, it was just a little misty, it shouldn’t be so bad.  In preparation, I’d grabbed all the umbrellas we had in the house – 2 normal sized plus one enormous golf umbrella.  So with the stroller loaded down with kids wrapped in blankets, and umbrellas sticking out all over, we started the trek down to 5 Points.  By the time we’d given our tickets and had my bag searched, it was raining pretty steadily.  I had my rain coat on, thankfully.   Andrew was wearing his bowler hat (see pic below) to keep his head…dry.  And the kids were comfortably laid back, snuggled in with a ginormous umbrella wedged between the two so that it perfectly covered every inch of their bodies.  Why I didn’t take a picture of this sight is beyond me, because I certainly didn’t…and wished now that I had.  It was pretty impressive.

As we made our way down to the green fountain, the rain was getting to be really annoying to the point that I almost told Andrew that this was a stupid idea and we just needed to go home.

Did I mention that it was also cold?  Cold + rain + no shelter = annoyed momma.   My hands were wet and cold.  I was wearing jeans.   Jeans + rain = gross.  You know what I’m talking about.  He said, “Let’s get down to the Gourmet Shop to see if we can get in with our passes.”  We had VIP passes to this sort of concierge area.  Well, it wasn’t open {it never did open while we were at the festival}, but there was an awning.  An awning that ran down the length of this little shop area, and there was only a handful of people standing under it.   So we pulled the break on the stroller, let down the umbrellas {I got to push back my hoodie} and set up for the parade which was just starting to come around the corner.  Perfect timing!

Here are some pics of the parade…and the wonderful, blessed people who walked a mile or two in the rain to be sure that there still was a parade. 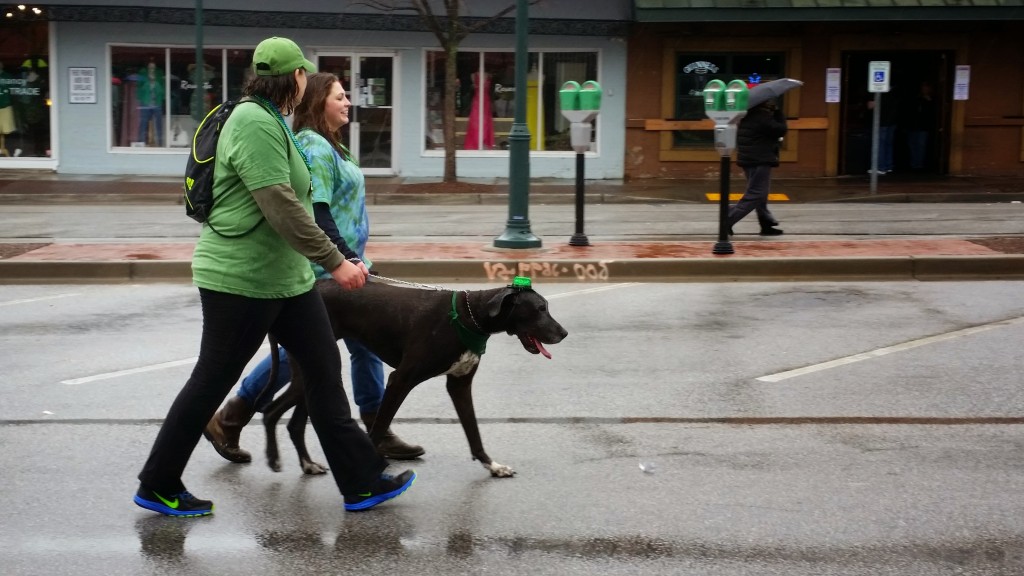 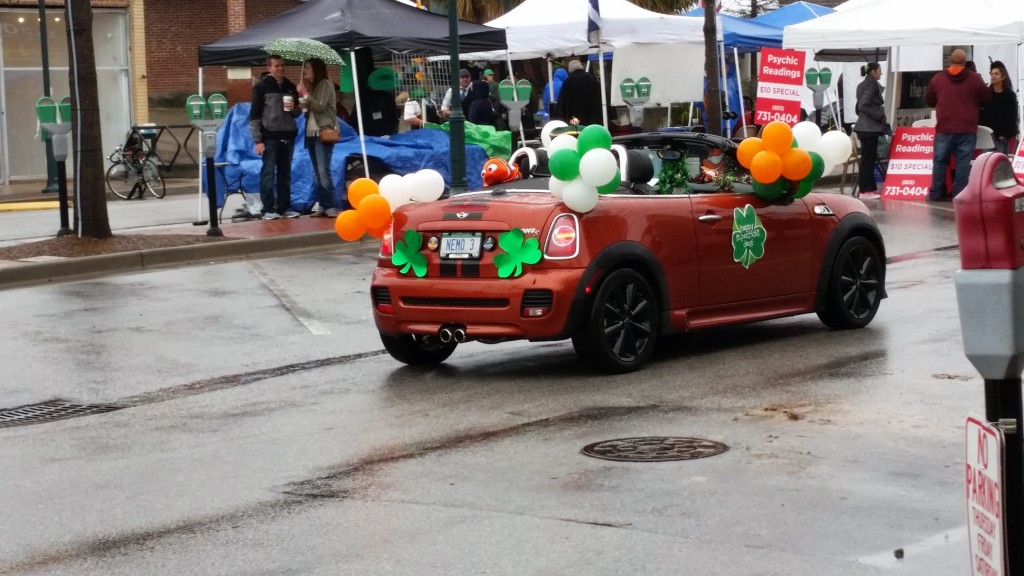 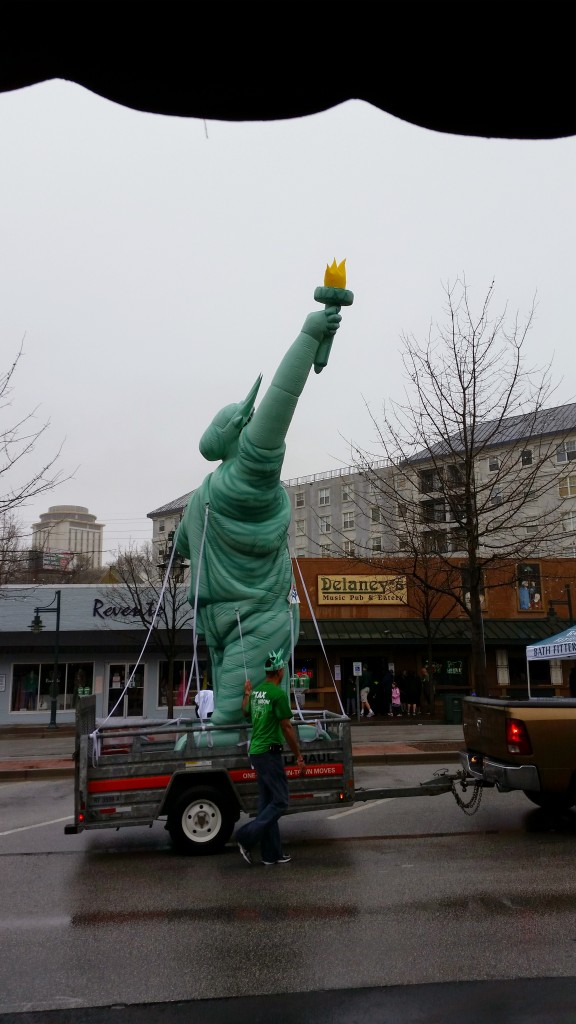 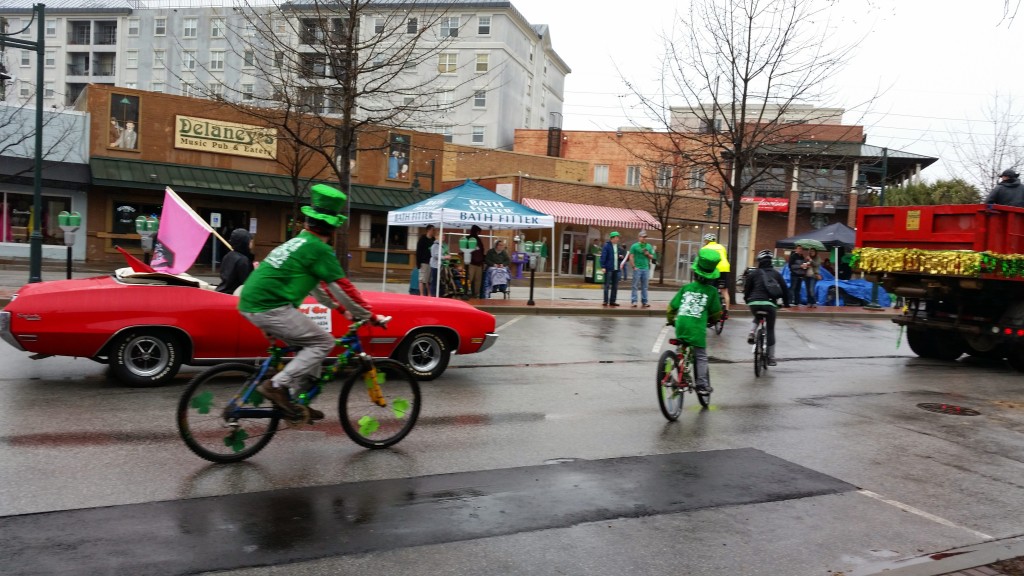 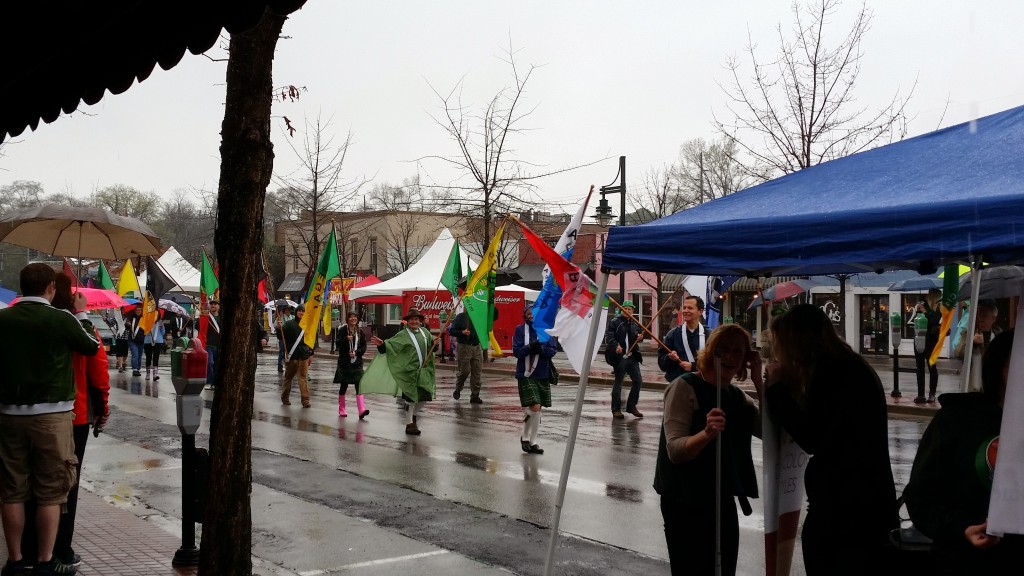 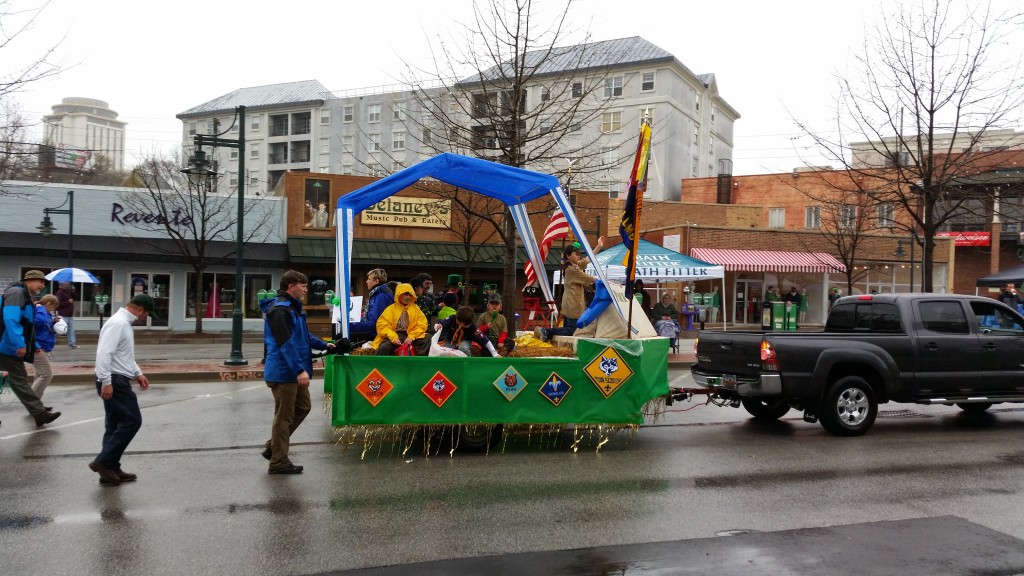 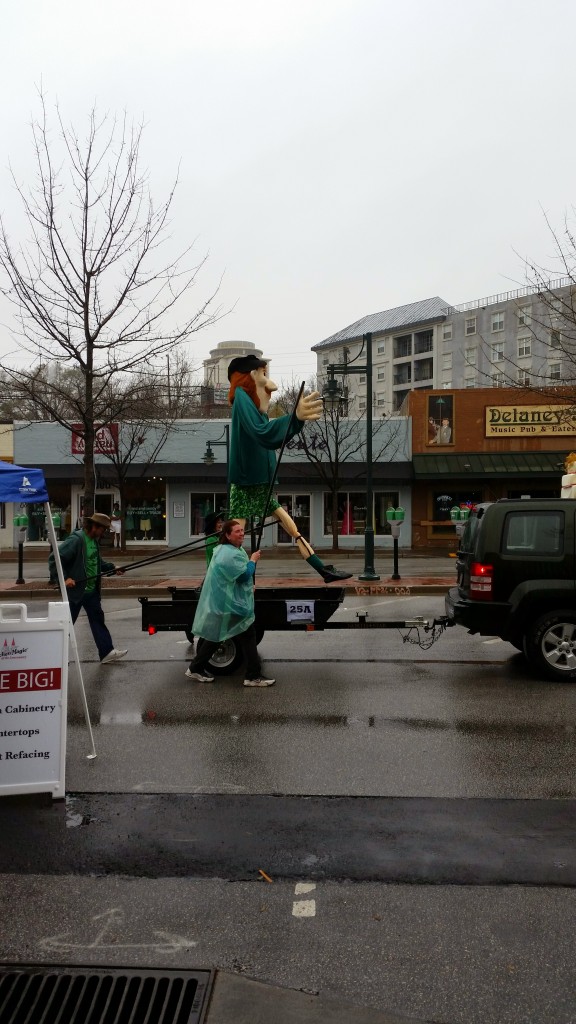 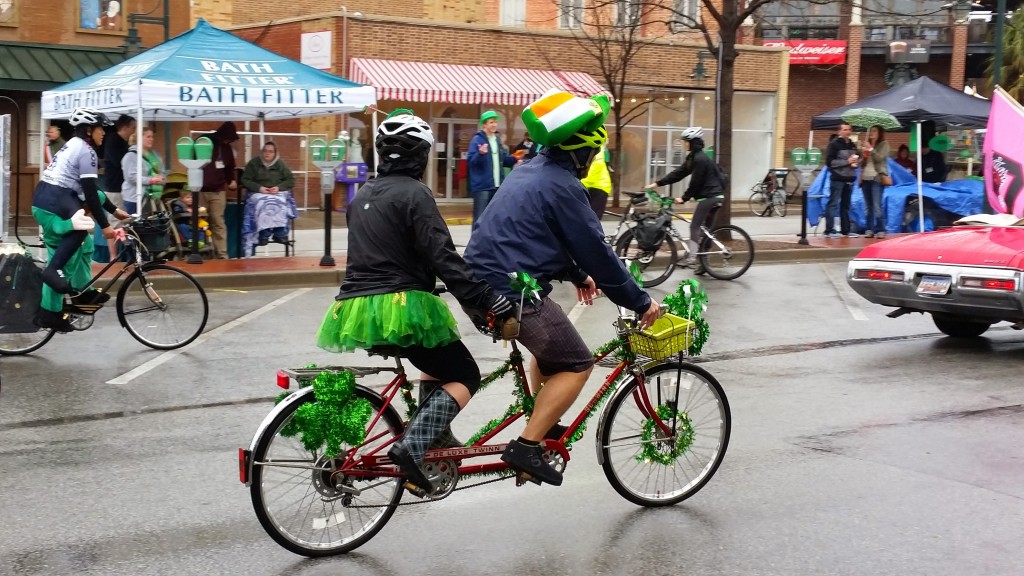 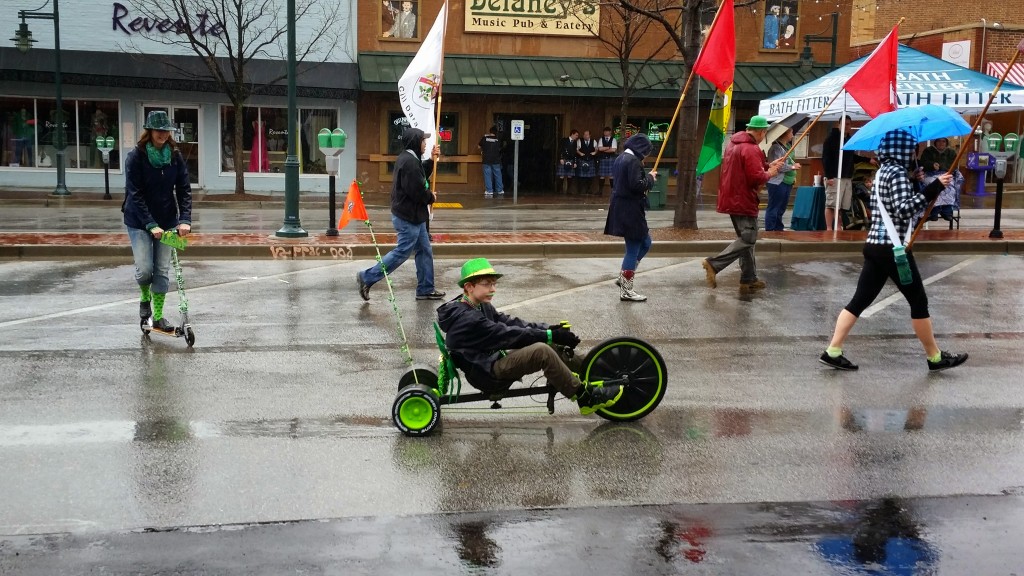 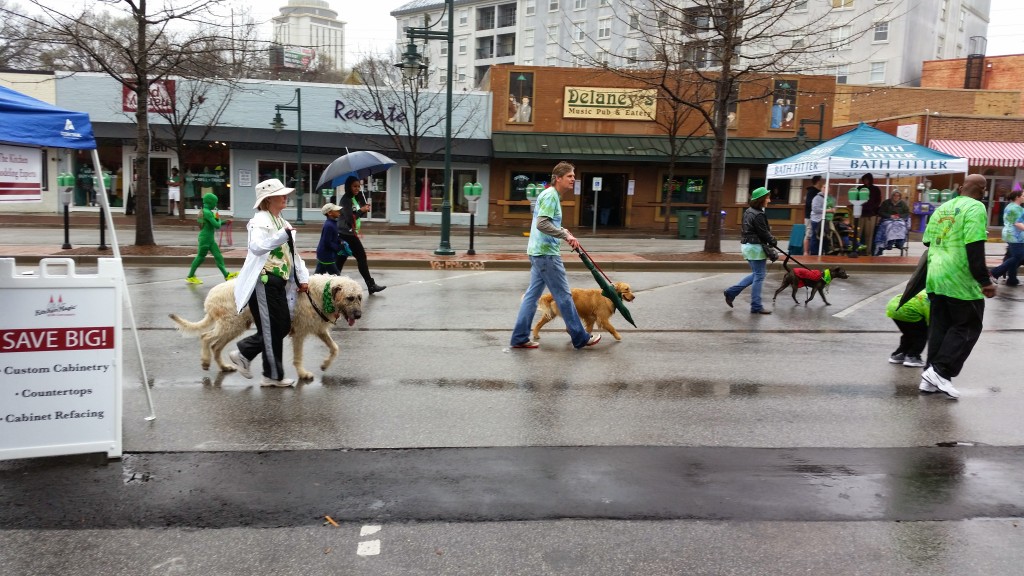 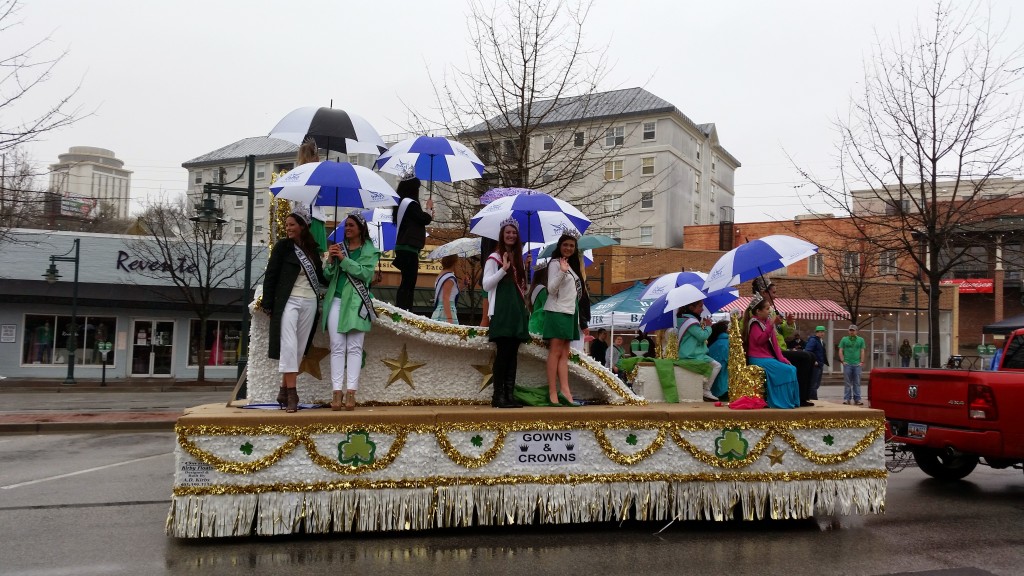 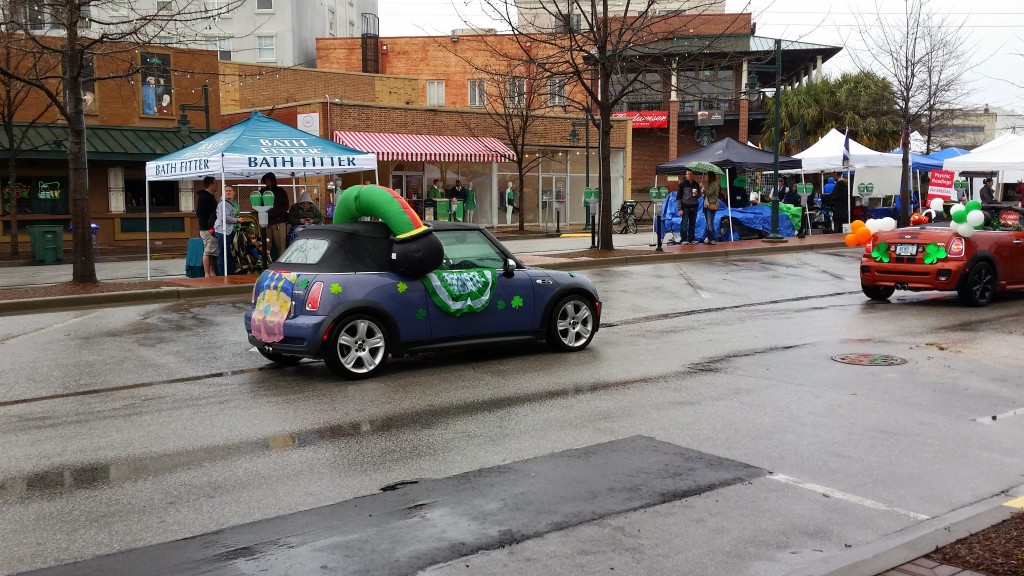 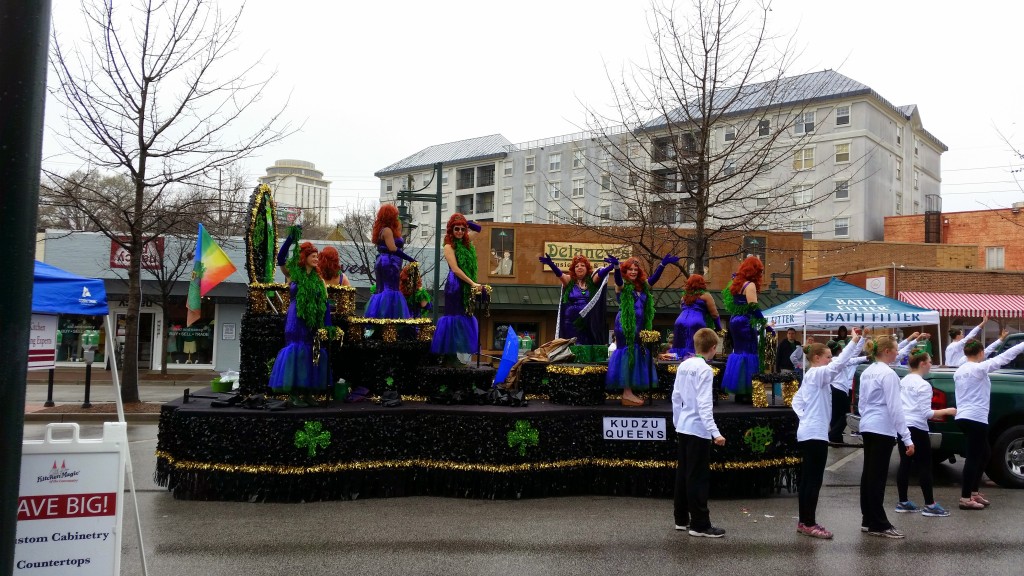 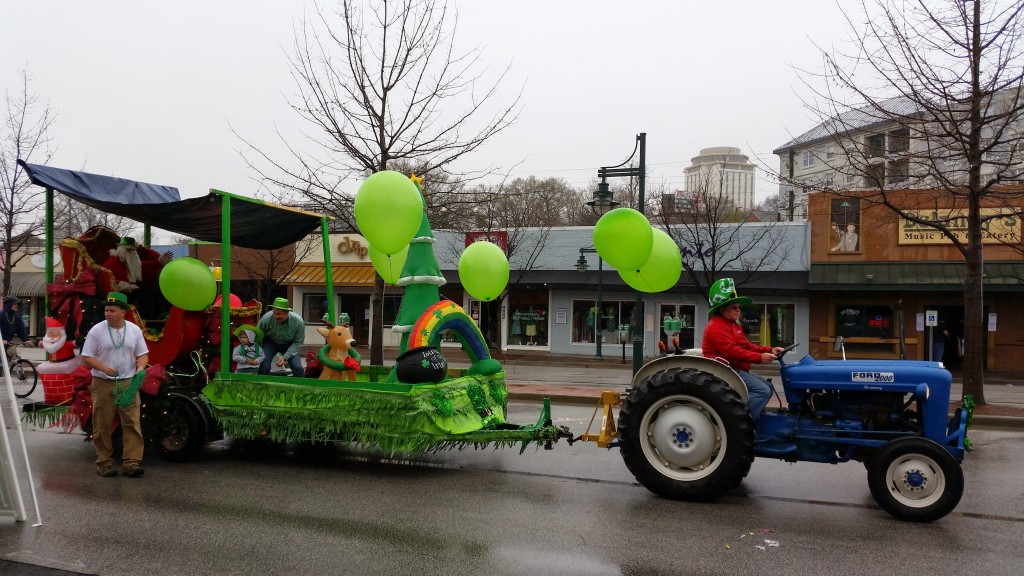 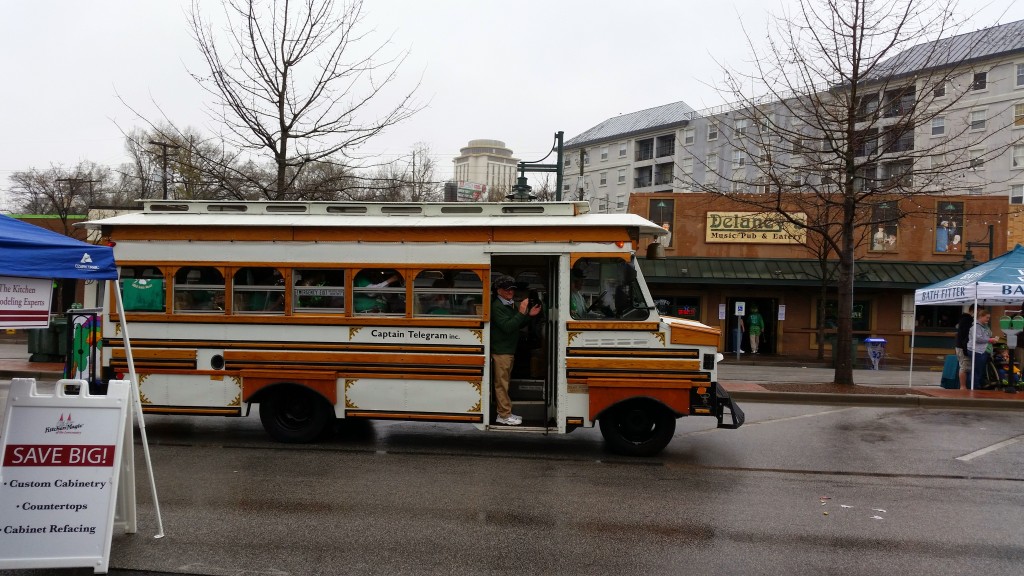 As you can see, there were lots of dogs, lots of beauty princesses and queens, and lots of people on bikes.  “Ho-Ho” even made a guest appearance!

It legitimately rained on our parade…but these two, especially, had a grand time. 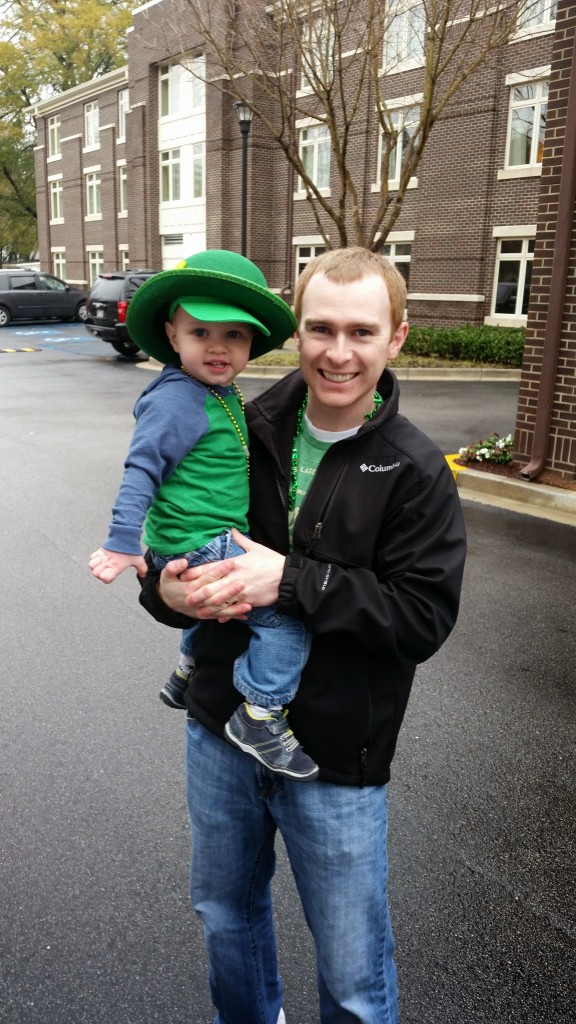 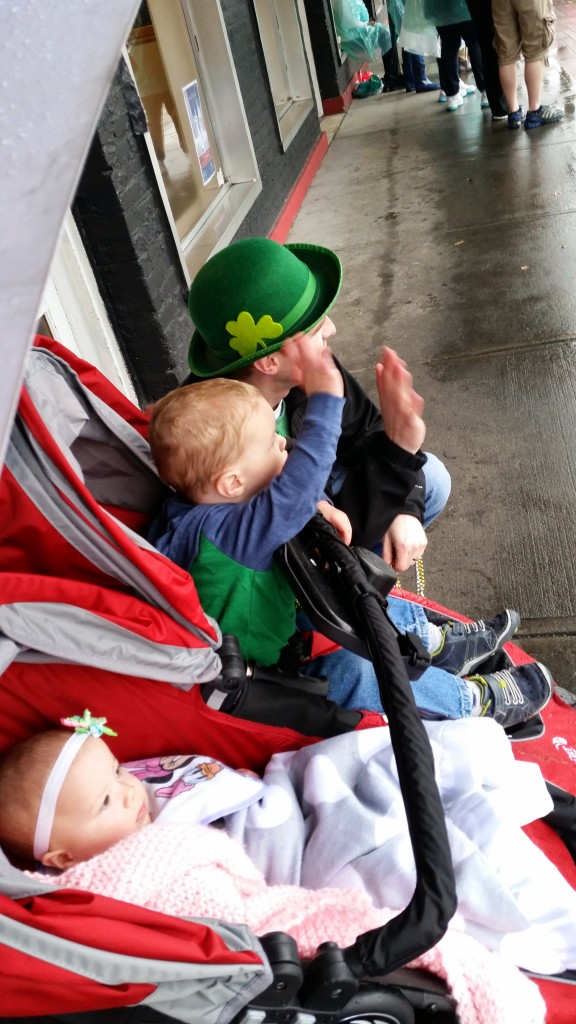 I hope you enjoyed your St. Patrick’s day…and didn’t get pinched!